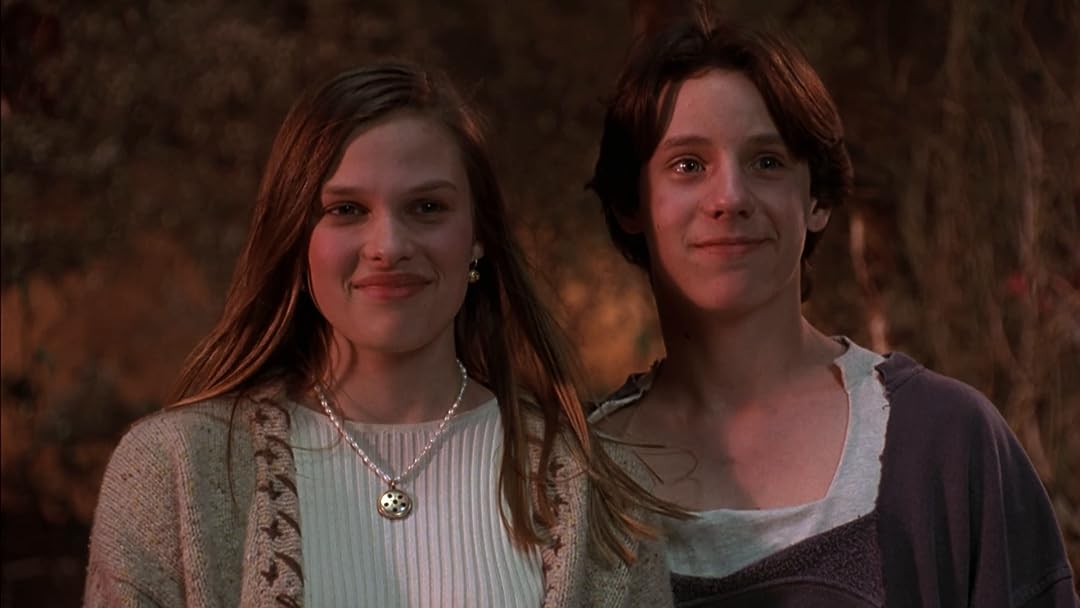 (82,515)
6.91 h 36 min1993X-RayHDRUHDPG
You're in for a devil of a time when three outlandishly wild witches return from 17th-century Salem after they're accidentally conjured up by some unsuspecting pranksters!

MatthewReviewed in the United States on October 30, 2015
5.0 out of 5 stars
Quit screwing with the reviews
Verified purchase
One thing that kills me about Amazon reviews is most people that leave negative reviews only leave reviews based on problems with delivery, broken movies, or problems with streaming. This unfairly tarnishes the integrity of the film itself. The reviews are for rating the item itself, not the problems you had receiving it.

That said, even at 30, I still enjoy watching this movie around the Halloween season, amongst the Friday the 13th's, slasher flicks, monster movies, and all of the other great horror films. It's light-hearted and reminds me of my childhood, when things were a little simpler.

Matt WilliamsReviewed in the United States on November 3, 2016
5.0 out of 5 stars
Better than ever on Blu-Ray!!!!
Verified purchase
I grew up with Hocus Pocus as a kid and played the hell out've the VHS version that we had at the time, no matter the time of year! At 22, I am still obsessed with this movie and after watching it several times this Halloween, I decided that it was high time I commemorated it to my movie collection! For anyone skeptical for any reason, don't be! The picture has been mastered to fill the entire screen (an issue I had seen was common among the DVD was that it was matted off into a tiny window) the picture is full 1080p HD and the sound is emacculate alongside it. Between that and the beautifully remastered color quality, you would never guess that this film is over 20 years old. As a movie lover and longtime Hocus Pocus fanatic, I can say that you haven't seen the movie until you see it like this! Buy it, you won't regret it!!
140 people found this helpful

JG (Highflyer)Reviewed in the United States on July 12, 2017
5.0 out of 5 stars
great classic funny as H***
Verified purchase
If you haven't seen this movie...BUY IT! I've loved this movie for 20 years and watch it every Halloween! This year for my daughters 10th birthday We played this movie on our outdoor theater screen.. 20 minutes in, the movie stopped when we checked the disc it had a huge deep scratch across it! My daughter has played the movie so much she damaged it. I quickly ran to best buy but no luck they don't carry in there store any longer! I ordered from them (movie took a week to get)and the next day I ordered a blue ray from Amazon and received the next day! Of course, amazon would have it and cheaper! The night of the party we played a different movie and all worked out! I rescheduled hocus pocus for another night, invited the same kids and you could hear a pin drop during the movie! 10 and 12-year-olds! The movie was a hit and ALL the moms are buying this movie for their collection! Best movie ever you won't be disappointed!
80 people found this helpful

adfreeman59Reviewed in the United States on October 6, 2017
5.0 out of 5 stars
Not just for Halloween
Verified purchase
This is my favorite Halloween movie of all time. The Sanderson sisters are my favorites in this movie. In my opinion, this is the best role that Sarah Jessica Parker ever played. These witches are bad (they talk about eating children), but they are so darn cute doing it. My husband and myself, my children and grandchildren all enjoy watching this movie, and not just at Halloween!
60 people found this helpful

Iwona K.Reviewed in the United States on October 6, 2021
1.0 out of 5 stars
Are you kidding me???
Verified purchase
Quite possibly the worst movie I have ever seen in my entire life since I was a baby. I was so curious about what the fuss was about with this movie. And to the point that there is now a sequel to it too? This is absolute rubbish. Bette midler is an incredible actress but in this movie she stinks. Sarah Jessica Parker and the other gal that play the supporting which roles are just brainless, silly, ridiculous just oh my God... What a waste of time and space. I have seen children movies before and since this was a Disney movie I expected a lot from it. The acting by all parties involved with horrible the plot line was absolutely ridiculous and it made no sense. The thing about the Virgin lighting the Black candle didn't fit anywhere into the story. It was just some rubbish that somebody made up. I hate this movie. I hate this movie. Did I mention that I freaking hate this movie?
10 people found this helpful

alistairvilleReviewed in the United States on October 1, 2022
5.0 out of 5 stars
Some wonderful over-the-top performances will endear this movie to you. A recent Hallowe’en classic.
Verified purchase
Almost 30 years ago at time of writing this for 1993’s Hocus Pocus. Now time for Hocus Pocus 2. First HP not an immediate success, but there were good performances plus the three witches are camp classics as the witch Sanderson sisters. Bette Midler’s rendition of “I Put a Spell on You” is the stand out, but her two sisters, Katherine Najimy and Sarah Jessica Parker, excel in their roles also. I also loved Penni Marshall in her role as annoyed wife. But really, fun to watch actors taking B+/A- material and just making it work and then some. Great costuming. I did wonder where a witch would find the fabrics to make these back in the Massachusetts of 300 years ago, but nvm.

Good family fun with no bad language or situations that are compromising. However, there is a very strange emphasis on the undesirability of being a virgin, which seems out of place when referring to teenagers. But then again, I do not know the norms for American teenagers. However, on this day of forbidden abortions, and quite likely, forbidden contraception in the near future in the US, I’d think that virginity is the safest option now that women are not allowed control of their bodies, and parents will soon be finding themselves dealing with pregnant teenage daughters.

Wish I Had a PineappleReviewed in the United States on October 27, 2021
1.0 out of 5 stars
Meh
Verified purchase
I'm not sure how I made it all these years without ever seeing Hocus Pocus, but I finally decided to rent it to see why so many people love it. All I can figure is that most of them are just nostalgic for their 90s childhoods (or maybe they were so drugged out when they first saw it) because this movie is one of the worst out there. While the witches camp it up and try to carry the rest of the cast, even they don't quite make it entertaining. They are all misdirected, the formidable talents of all three actresses are hardly used, and they end up so over the top that it's more sad than funny. As for the rest of the actors, the only one with ANY talent at all is Thora Birch (the little sister, Dani). Try as she might, she can't carry the two teenage leads, who may as well both be cut out of cardboard. The girl lead must have been somebody's daughter/cousin/niece, because she literally can't act her way out of a paper bag. She stands awkwardly while delivering a deadpan line, then stands more awkwardly while those around her do other things. I suppose if you read the books, maybe the story would make sense, but seeing it cold left me feeling the same way. I did GET what was going on, but just thought it certainly wasn't illustrated very well. It seemed that the story line got kinda lost, and there were some points that came up once, then sort of faded into the background. Anyway, that's $3.99 and just over an hour and a half I won't get back. I know some people are wildly anticipating the sequel, but to me, it would be like lining up to watch Showgirls 2. (Yes, Showgirls is THE worst movie ever made, but Hocus Pocus isn't far behind).
7 people found this helpful

gargamel314Reviewed in the United States on February 13, 2016
5.0 out of 5 stars
Perfect Halloween Movie without getting too scary
Verified purchase
This is my favorite Halloween movie. It's the one movie I want to watch in October. The Cast: Bette Middler's amazing and makes this movie. Sarah Jessica Parker and Kathy Najiminy were excellent witches. Also, notice "McGee" from NCIS who plays young Zachary Binks in the beginning of the movie... although they voiced him over. The little girl...God help you if you can't tune her out b/c she is a PAIN. Hard to believe she later starred in American Beauty.

The plot ... clever storyline with some really hysterical witches! VERY 1993...this movie is a bit dated. The disgust at virginity by today's standards was really weird, ESPECIALLY in a Disney movie, but in the 90's (the days of Dylan McKay & Brenda Walsh) teenagers all thought they were 30-year olds, and virginity was as shameful as being seen with your parents. I liked that they ended it with no chance for a sequel... very un-Disney-like, but a sequel would have murdered this movie. They even worked in a zombie and some good Halloween grossness without making it too cuddly and loveable, and really found a good balance that everyone can enjoy. I'd definitely recommend it be at the top of your list this coming October!

The music was great! "Come little Children" is pretty, but a little creepy sounding! Wished there was an extended version of Bette Middler's "I Put a Spell on You!" Best version of that song, ever.

38 people found this helpful
See all reviews
Back to top
Get to Know Us
Make Money with Us
Amazon Payment Products
Let Us Help You
EnglishChoose a language for shopping. United StatesChoose a country/region for shopping.
© 1996-2022, Amazon.com, Inc. or its affiliates