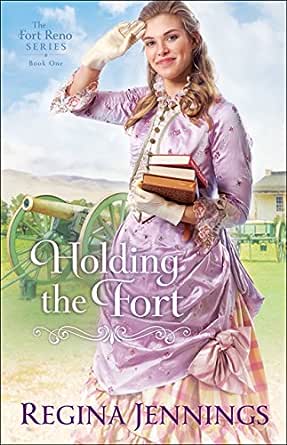 You've subscribed to The Fort Reno Series! We will preorder your items within 24 hours of when they become available. When new books are released, we'll charge your default payment method for the lowest price available during the pre-order period.
Update your device or payment method, cancel individual pre-orders or your subscription at
Your Memberships & Subscriptions
There was an error. We were unable to process your subscription due to an error. Please refresh and try again. 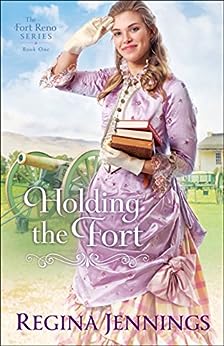 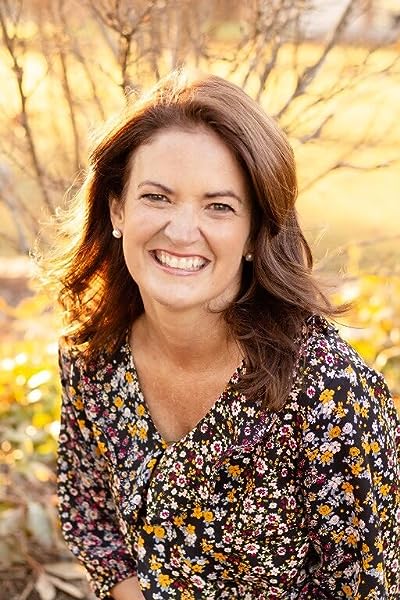 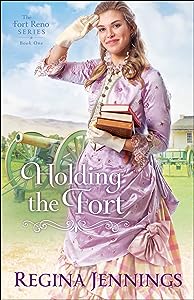 With Miss Bell as the Teacher, Everyone's Bound to Learn an Interesting Lesson

Dance hall singer Louisa Bell has always lived one step from destitution. When she loses her job at the Cat-Eye Saloon, she has nowhere else to go but to her brother, a cavalry soldier stationed in Indian Territory. But he's run afoul of his commanding officer. Unsure what she can do to help him and desperate for a job, she doesn't protest when she's mistaken for a governess at the fort. How hard can teaching really be? Major Daniel Adams has his hands full at Fort Reno, especially raising two adolescent daughters alone. If this new governess doesn't work out, his mother-in-law insists she'll raise the girls herself--far away from the fort. Miss Bell bears little resemblance to Daniel's notion of a governess--they're not supposed to be so blamed pretty--but he finds himself turning a blind eye to her unconventional methods. Louisa has never faced so important a performance. Can she keep her act together long enough to help her brother and to secure the respectable future she's sought for so long? "In this character-driven series launch, Jennings offers a powerful lesson on the freedom of truth and forgiveness wrapped in a delightful story of love against the odds."--Publishers Weekly "This series launch is a charming historical romance set in 1880s Fort Reno, OK. . . . Jennings kicks off a new series with a light and enjoyable tale that will delight her fans as well as lovers of historical romance."--Library Journal "The first book in Jennings' new Fort Reno series is a delightful read that helps solidify what a wonderful and imaginative writer Jennings is. She manages to create unique stories with interesting and well-developed characters while combining humor, mystery and a sprinkle of faith."--RT Book Reviews --This text refers to the library edition.

Regina Jennings is a graduate of Oklahoma Baptist University with a degree in English and a history minor. She is the author of numerous novels, including For the Record, A Most Inconvenient Marriage, Sixty Acres and a Bride, and Caught in the Middle, and contributed a novella to A Match Made in Texas. She has won a National Readers' Choice Award and been a finalist for the Oklahoma Book of the Year. She now lives outside Oklahoma City with her husband and four children and can be found online at www.reginajennings.com. --This text refers to the library edition.

4.5 out of 5 stars
4.5 out of 5
256 global ratings
How are ratings calculated?
To calculate the overall star rating and percentage breakdown by star, we don’t use a simple average. Instead, our system considers things like how recent a review is and if the reviewer bought the item on Amazon. It also analyzes reviews to verify trustworthiness.

Be Still My Bookish Heart
2.0 out of 5 stars Not a Fan of the Romance or the Heroine.
Reviewed in the United States on February 4, 2020
Verified Purchase
Although Holding Down the Fort wasn't my favorite, there were still some things I liked about it. I liked the endearing secondary characters - such as, good-humored Lieutenant Jack Hennessey, free-spirited Daisy and headstrong Caroline - who added warmth and humor to the story. I also enjoyed learning about the Cheyenne and Arapaho Indians' life and tensions with the U.S. after the war. Unfortunately, despite my enjoyment of the initial premise, the story fell flat for me hugely because of the romance.

Although Louisa's need to be secretive about her past made sense to the plot, I believed it hindered the romance. The fact that she was never vulnerable by opening up and sharing anything about herself to Daniel made me feel like he really didn't know her and, therefore, couldn't believably be in love with her. Despite the fact that Louisa cared greatly for Daniel's daughters and valued his friendship, it was hard to believe that their relationship could deepen without any real intimacy on her part. Consequently, their emotional connection felt stagnant compared to their physical attraction.

I also didn't like that Louisa was an extremely passive heroine. I wanted her to say and do things to make me root for her. I wanted her to take action in her relationship with Daniel and her circumstances. Unfortunately, she didn't, which made it hard for me to like her.

Although this story wasn't for me, I'm still hopeful about the rest of the series and want to read more books by this author.

A+D
5.0 out of 5 stars Humor, Romance, Drama. Not To Be Missed!
Reviewed in the United States on February 2, 2018
Verified Purchase
I loved this book! (I know I say that a lot, but I like to think I only pick books I will love to read.) I've read several Regina Jennings books, I love the sense of humor she has in her books. This book has the Lovely Louisa Bell, doing a favor for the sick teacher when she is mistaken for the teacher she does not correct the misunderstanding and takes the job of governess to the Major's daughters. It is the only job at the fort and she not only needs the job, she needs to keep an eye on her wayward brother. One of my favorite quotes from the books happens before the misunderstanding of who she actually is. "She couldn't shake the image of him riding away, hunched over, barely able to stay in the saddle. What if he'd fallen off somewhere and was even now being carried down a hole by a colony of well-coordinated prairie dogs?"
A very touching for me was after a few weeks of Louisa teaching his girls, the Major gets his requested background information letter regarding her credentials. He sees how far the girls have come and how hard Louisa is working "he held the flame to the envelope, then shook out the match. He knew the truth in his heart."
There is much drama in this book too. Warring Indian tribes, nasty mother-in-laws and a performance like none other.
Will Lovely Lola, gifted saloon singer, be forced to give up her virtue and return to the saloon? Or will Louisa become the lady she is meant to be and find love and a home of her own? I loved all the characters in this book too. It is a very well written story. I've already read a companion novella
Read the book to find out! I don't give spoilers but I will say it is a wonderful book! It is a very well written story. I've already read a companion novella in Heart's Entwined Historical Collection. It is a story about Louisa's brother Bradley. I can't wait to read more from Ms. Jennings!
Read more
6 people found this helpful
Helpful
Report abuse

Cindi
5.0 out of 5 stars Great characters with spunk and determination
Reviewed in the United States on December 9, 2018
Verified Purchase
Dancehall singer turned Mennonite governess. If those words don't make you laugh, reading the story certainly will. As expected, this was a fun story with some odd characters. Odd in a good way, of course.

Louisa is desperate to find work when she loses her job in a dance all. She certainly didn't expect to end up where she did. Indian territory! That's okay, she's only there to try to help her brother who is at Fort Reno. Wrong. Nothing goes as planned.

This is such a fun read that had me hooked from the start. The trouble that these characters get into kept me entertained throughout the book. At times I felt bad for Louisa while others I just had to laugh. Major Daniel Adams is enough to make any woman flustered so Louisa's actions could well be from the attraction, right?

If you're looking for a enjoyable read that is fun and has some great characters, you'll want to pick up this novel. I think you'll enjoy it as much as I did.
Read more
3 people found this helpful
Helpful
Report abuse
See all reviews

Kindle Customer
5.0 out of 5 stars Head out to the Indian territory to Fort Reno
Reviewed in the United Kingdom on February 9, 2018
Verified Purchase
Written with Regina's usual humour this is laugh out loud funny! Combine a widowed Major with two lively daughters with an inept pretend governess secretly concerned about her soldier younger brothers behavior, and you have an entertaining, engaging and surprisingly romantic tale of Louisa's struggle to overcome her past and embrace the future.... Thoroughly enjoyable!
Read more
Report abuse

cpm
5.0 out of 5 stars Fort up for an enjoyable read
Reviewed in Australia on March 9, 2018
Verified Purchase
I enjoyed reading this book by Ms Jennings and will read more of her works. I liked the heroine in this book. Ms Jennings has crafted a well written, humorous, book that will be a hit with a wide audience. Five stars!
Read more
Report abuse

Patsy Jolene Sleeman
5.0 out of 5 stars Captivating
Reviewed in Canada on April 10, 2018
Verified Purchase
This book kept me captivated all the way through - an excellent read!!
Read more
Report abuse