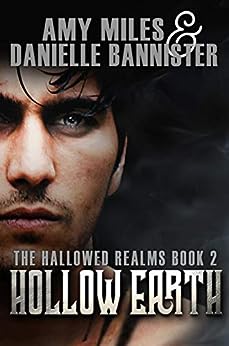 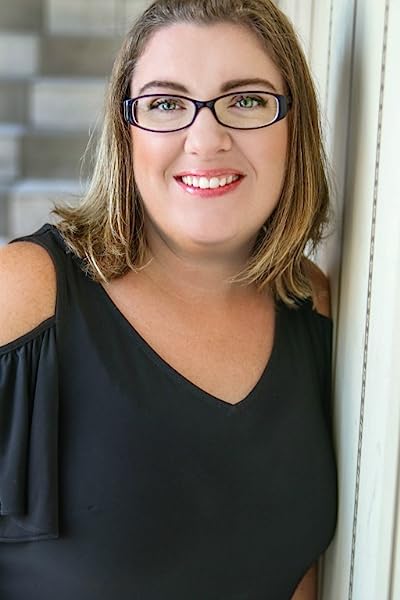 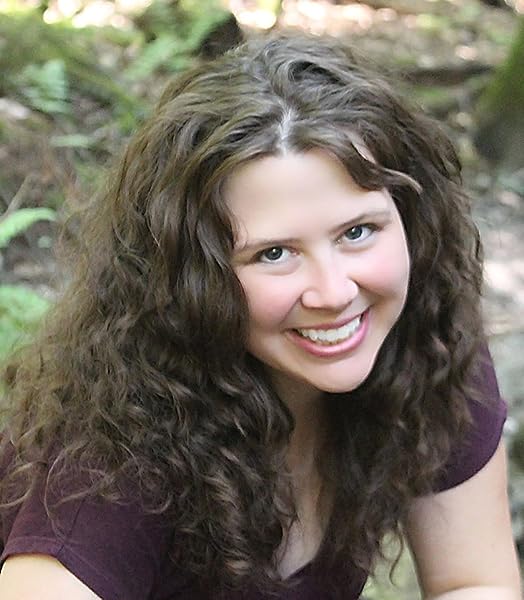 by Amy Miles (Author), Danielle Bannister (Author) Format: Kindle Edition
Book 2 of 3: Hallowed Realms
See all formats and editions
Sorry, there was a problem loading this page. Try again.
Taryn
Ferrying the dead used to be my job. Kicking Lorcan arse was my duty. Now I’m stuck pretending to be a bloody Royal. Thanks to Prince Aed’s rash attempt to save my life, I’m forced to live under the Queen’s disapproving eye. I’m being whisked from one end of Netherworld to the other so Aed can court girls she deems more eligible than me. I am trying to accept my new role as Aed’s betrothed, but my rebellious heart refuses to leave Devlin in my past. As we draw nearer to the Wall separating my realm from the beasts of Hollow Earth, I can feel something is different. The Lorcan souls are changing and that scares the shite out of me. I’ll need Aed and his army by my side if we hope to win the war heading our way, but time will tell if that’s as a friend or his new bride.

Devlin
As a mere human, I never thought I’d fall for a Banshee, but when I met Taryn as she came through the veil of the Netherworld, I was lost to her. Once I find her again, I’ll get her out of the womanizing hands of Prince Aed, get my best mate, Seamus, the help he needs, before those evil Lorcan beasts strike again. Taryn has warned me time and again about the dangers that lurk in her world and to stay away. I can’t do that. Not from her. Even if it means I have to walk into hell to find her

Next 2 for you in this series See full series
Total Price: $10.98
Books In This Series (3 Books)
Complete Series
Hallowed Realms
Kindle Edition
Page 1 of 1Start OverPage 1 of 1
Previous page
Next page

Kelly McCurdy
5.0 out of 5 stars Ready to read it again!!
Reviewed in the United States on October 31, 2018
Verified Purchase
I had been waiting ever so patiently for this book to come out. Once it did, I took my time reading it, not by choice, but because life got in the way. But man... I couldn’t put it down once I was able to sit and read it! You think you have things figured out, you think you know what’s going on, and then BAM!!! The book PIVOTS is a way I never saw coming! I mean, the twisty-ness is twisty. I’m needing book three now... but I’ll wait-patiently-for it to come out! Get this book!
Read more
Helpful
Report abuse

Amazon Customer
5.0 out of 5 stars A really good read.
Reviewed in the United States on December 17, 2018
Verified Purchase
The character developement was done well and the story kept moving. The twist at the end of book 2 was well timed. Looking forward to the final book. I just hate having to wait nearly a year for it's release. :(
Read more
Helpful
Report abuse

Jeraca
4.0 out of 5 stars Great sequel!!
Reviewed in the United States on October 30, 2018
I received this eARC novel from Red Coat Publishing. This is my honest review.

Taryn is being tortured. Going on the royal tour to other lands is downright miserable for her and she is ready for it to be over. She is very grateful for Prince Aed saving her life by saying she was his intended wife, but now she has to suffer through the royal protocols.

And she is also trying to forget her feelings for Devlin, even though she knows that nothing could happen between them being a banshee and human, but that doesn't stop the way she feels. Hopefully her and Aed will find some common ground with their new future.

Devlin is determined to get to the Netherworld. One, so he can find Taryn and make sure she is okay, and two, so he can find Tris and figure out how to help Seamus, who is getting sicker and sicker with the Lorcan bite that he got.

Finally Devlin was able to get into contact with Tris, and they were able to be smuggled into the Netherworld. When he finds Taryn, the situation is far more complicated than he could have imagined.

And with the Lorcans changing and attacking out of normal, Taryn is determined to save her people, even if Aed is all about the ridiculous royal tour.

But things are about to become very complicated when everyone realizes just how much the Lorcan has changed, and the fate of everyone's lives are in very grave danger.

I seriously am enjoying this series so much! There were SO MANY twists and turns in this book. One that made me disappointed, because I really am Team Aed, and now that isn't in the cards, which is very upsetting, but I'll get over it.

I have so many questions after the big bomb went off at the end, and none that I can ask because it will contain spoilers to everyone who hasn't read this book yet, but they are killing me!!

And it also is killing me that I have to wait for FOREVER to get the next book and find out what happens. Have I mentioned that I hate cliffhange endings in series...? Sigh...

Anyway, I really loved this book, I really love these characters, and I really love this world that Amy and Danielle have createad. I wish that I had the eniter series to binge read through fast, but I guess I will have to contain my frustration of having to wait.

Fans of Amy and Danielle and this series are going to love this book with the twists and turns and action that is jam packed into this novel! I'm so glad I've had the opportunity to read it!!

All About Books (victoria stolte)
5.0 out of 5 stars Loved it! #AedIsMine
Reviewed in the United States on November 6, 2018
So worth the wait! I loved every part of this book... except the fact that I was left with a major book hangover...UGH. But other than that it had everything I needed to delve back into the Hallowed Realm. The characters make you love them, and the world that has been created gets more intriguing as the series goes on. I was not sure how things would turn once we left last time, but I am happy with the way things are going and NEED the next one- so I can find out what happens next. Oh... let's talk about the twists they threw in on me... I did not see the revelations coming and was very surprised but also had an almost like hmm...ok moment when certain things took place. If you have read the first book then you definitely have to read this one. If you haven't, what are you waiting for- this book is one that will be going in my top reads for 2018!
Read more
Helpful
Report abuse

Amazon Customer
5.0 out of 5 stars Just Freakin Amazing!
Reviewed in the United States on October 30, 2018
Another amazing chapter in story of Devlin, Taryn and Aed. Only now the triangle has expanded to a multi-sided shape. As the story unfolds, the reader is taken on a roller coaster ride of unending twists and turns only to pull into the station for a stunning surprise. In all of my imaginings of where the story was going, I never would have foreseen what was revealed. This was another great collaboration of two very talented writers. The worst part of the whole book is the wait for the next one to find out what happens next.
Read more
Helpful
Report abuse

Angela Voss
5.0 out of 5 stars COULD NOT PUT IT DOWN!
Reviewed in the United States on October 31, 2018
WOW! I could NOT put this book down. I wasn't sure the first book could be topped but I loved the banter between Aed and Taryn and the twists and turns...so good! Let's just say that you can choose sides if you like, but don't get too attached to your choice.

Another amazing story in this trilogy, with characters you love dearly or hate with a passion. This series is only getting better. The only problem I have with this story is that now I have to wait for the third installment of the trilogy.
Read more
Helpful
Report abuse

Sue Wallace
5.0 out of 5 stars A very enjoyable read.
Reviewed in the United States on November 6, 2018
Hallow Earth the hallowed Realm book 2 by Amy Miles and Danielle Bannister.
This was a very enjoyable read. I loved the story and the characters. There were some characters I didn't like. Nolan being one. I loved were taryn got him. Brilliant. What a twister didn't see that coming. I really felt for taryn. I do hope there is more to come from this series. 5*.
Read more
Helpful
Report abuse

Cbunnell
5.0 out of 5 stars Twists that leaves your head spinning...
Reviewed in the United States on November 10, 2018
Amy and Danielle did it again. This series is a wonderful read. I love being sucked in and feeling as though I am Taryn. Then just when you think you know what's going to happen.... bam! Plot twist that you did not see coming! Can't wait for the next book in the series!
Read more
Helpful
Report abuse
See all reviews