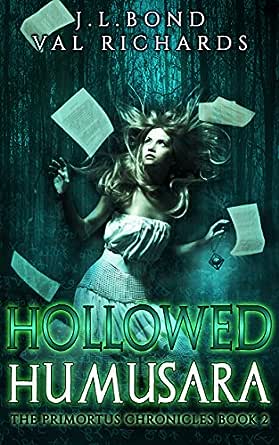 You've subscribed to The Primortus Chronicles! We will preorder your items within 24 hours of when they become available. When new books are released, we'll charge your default payment method for the lowest price available during the pre-order period.
Update your device or payment method, cancel individual pre-orders or your subscription at
Your Memberships & Subscriptions
There was an error. We were unable to process your subscription due to an error. Please refresh and try again. 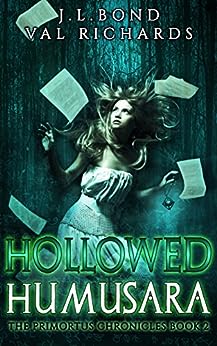 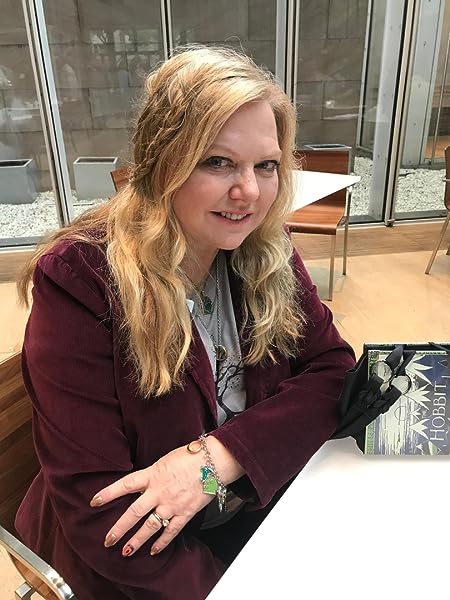 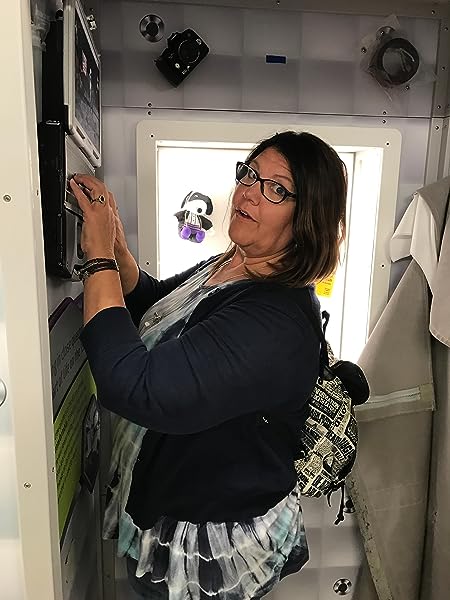 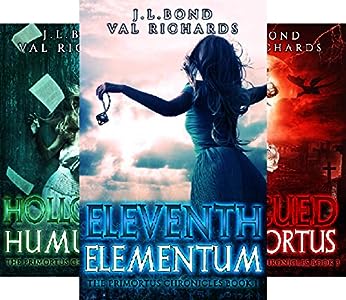 JC Gatlin
5.0 out of 5 stars A lot of fun and full of surprises
Reviewed in the United States on October 3, 2015
Verified Purchase
Wow. I just finished Hollowed Humusar, the second book in the young adult Primortis Chronicles. I really enjoyed this adventure, and I hope it takes off like “The Lightening Theif” or “Graceling.” It really deserves a Harry Potter-level of attention though.

This chapter in the saga delves more into teen heroine Skylee Porter’s past, and explores her father’s spell at a Primortus. The romantic tension between Skylee and Will is continued from the first book, but it’s Chrism and Airon’s relationship that will really give readers something to talk about. Let’s just say, well, it’s complicated. Ultimately, Skylee learns more about her own powers, how to use them and must push herself to the limits against an enemy set to destroy her fragile world that’s recovering from a recent apocalypse. Along the way, a few secrets are revealed while a few mysteries deepen. It’s clear that we (the reader) are just seeing the tip of the iceberg. So many of the glimpses of this world imply that there’s a lot more to come in the next segment.

Like the first book, the descriptions are vivid and engaging. The characters develop as the story unfolds. It’s fun getting to know these kids as individuals, and not just young adult tropes. The dialog is clever, providing character insight as well as a few laughs. Best of all, the plot balances a world with supernatural and sci-fi landscapes, that is both completely plausible and ultimately satisfying.

This was a fantastic addition journey and a must read for fantasy & dystopian genre-readers.
Read more
Helpful
Report abuse

Carmen Grissom
5.0 out of 5 stars Hollowed Humusara: Who’s Who?
Reviewed in the United States on April 3, 2015
Verified Purchase
I began this book to continue where the first left off. I like reading series stories and always wonder where the sequel will take me. My first thought was that the title was misspelled, but that idea was banished as I read further into the novel. I do like the alliterative titles and wonder if this will follow suit with future books. I found parts reminded me of the Harry Potter series and constantly wondered which character was good and which was bad in this second book. This only drives my curiosity about how the story line will finalize. I recently bought the two as a set, because the first book has had a face lift since my first purchase—love the new design! Now I have the old & the new :) 
Read more
Helpful
Report abuse

Zach Swanson
5.0 out of 5 stars Next great story in a maturing universe
Reviewed in the United States on March 27, 2015
Verified Purchase
Hollowed Humusara was a great follow up to the first book in the series, maturing in its character development, pacing, and overall enjoyment of a unique story. As a big fan of fantasy books, I thoroughly enjoyed the fresh and original 'functional, post-apocalyptic' world as well as the twist on using magic abilities.

Skylee faces new challenges, both in her powers and interpersonal relationships, and the increase in complexity of her character was enjoyable to read and very believable. I anxiously await the next book in the series!
Read more
One person found this helpful
Helpful
Report abuse

LaNaCakies
5.0 out of 5 stars Fantastic YA adventure!
Reviewed in the United States on March 9, 2015
Verified Purchase
This book was wonderfully written and a pleasure to read. If you love the young adult genre then this book is for you!
Read more
Helpful
Report abuse

Jonel
5.0 out of 5 stars a definite favorite
Reviewed in the United States on November 30, 2014
What an intricately crafted story. The authors take us much more deeply into the world of the Primortus with this novel. Secrets are revealed as the audience is given a front row seat to the events, adventures, and crisis that follow the Second Born. This story is very detailed yet easy to read. The upbeat writing style really highlights the action of the tale. The vividly picturesque descriptions bring everything to the forefront in a larger than life manner.

The character development in this novel is absolutely breathtaking. The characters are simultaneously larger than life and completely realistic. The authors make the supernatural elements seem not only plausible but also completely possible. The banter between the characters both makes you laugh and really lets you get to know them better. I appreciate that they are continuing to grow as individuals, and not just remaining stagnant. The dialogue is fantastic. The variety of different dialects really highlights the fact that this is a global story.

This was a fantastic addition to what is rapidly becoming my new go-to series for the genre. It’s a must read for fantasy & dystopian lovers alike.

Please note that I received a complimentary copy of this work in exchange for an honest review.
Read more
Helpful
Report abuse

Michael F. Albro
5.0 out of 5 stars A magical world full of epic action.
Reviewed in the United States on January 4, 2015
Hollowed Humusara, sequel to the Eleventh Elementum, presents the same kind of deep mystery and epic action as the first book, all set within a world of equal parts science fiction and magical fantasy.

Hollowed Humusara picks up the story of Skylee Porter, a teenage girl who has just survived a deadly encounter with Brinfrost, a fellow magic user who seeks to destroy a world that has just begun to pick itself up from the apocalypse. Having met her enemy face to face, Skylee will have to push her powers to the limit and learn all she can about the mystical world of the Primortus if she is to survive for much longer.

The character development in this book is really terrific, for both the heroes and the villains. More of Skylee's family's past is explored including a look into her father's time as a Primortus. The romantic tension between Skylee and Will is still there, but it's the drama surrounding Chrism and Airon that makes me want to scream at both of them to get their acts together. It's some excellent writing that can evoke that kind of response in a reader. What I liked most is how all the characters, even the seemingly minor ones, are flushed out and not just treated as extras.

The actions scenes are fun to read, just like in the first book. I can imaging the battles in great detail without the author having to write down every little thing. There are plot twists galore which kept me interested and wanting to read just one more page before bed.

Val Richards and J. L. Bond have shared much of their world with us, but there's still so much to discover that's only been hinted at, leaving the reader wanting more. As in, a third book...ASAP!
Read more
Helpful
Report abuse
See all reviews