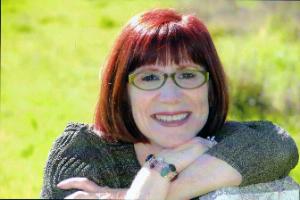 Start reading Hollywood Haunted: A Ghostly Tour of Filmland on your Kindle in under a minute.

4.1 out of 5 stars
4.1 out of 5
69 global ratings
How are ratings calculated?
To calculate the overall star rating and percentage breakdown by star, we don’t use a simple average. Instead, our system considers things like how recent a review is and if the reviewer bought the item on Amazon. It also analyzes reviews to verify trustworthiness.
Top reviews

Lizzie Bess
1.0 out of 5 stars I guess they couldn't afford an editor
Reviewed in the United States on September 3, 2019
Verified Purchase
Apart from the fact that these are all old, rehashed stories, the plethora of spelling, grammatical and punctuation errors is just unforgivable. Apparently, the "writers" didn't feel the need to engage a qualified editor and the result is just a stomach-churning mess. It gives the impression of vanity publishing. Bleah.
Read more
Helpful
Comment Report abuse

Amazon Customer
5.0 out of 5 stars Review
Reviewed in the United States on May 31, 2020
Verified Purchase
I really enjoyed the stories in this book. This is why I gave it 5 stars, it is the only reason! The amount of misspellings was awful. It made the book seem very unprofessional. The editor should have picked up on the errors.
Read more
Helpful
Comment Report abuse

Azkad
2.0 out of 5 stars Needs A Good Proofreader
Reviewed in the United States on June 12, 2019
Verified Purchase
Too many misspelled words, too many pages with huge print, too many pages with one or two sentences on a page and the rest of the page blank. If this book had been properly set up, it would’ve been about 30 pages. Too short. Not detailed enough. Not worth the price. This review is for the Kindle version.
Read more
Helpful
Comment Report abuse

C. Sanders
2.0 out of 5 stars Hollywood Haunted - Not So...
Reviewed in the United States on June 3, 2007
Verified Purchase
I bought this book because I am intimately familiar with Hollywood and it's hauntings and I have met Marc Wanamaker and have seen some his collection of photographs. I was excited to order the book and couldn't wait to get it home.

I have to say that I was disappointed for a few reasons: First: Marc Wanamaker, as owner and founder of Bison Archives, has access to some of the most interesting and detailed photographs in Hollywood history and HH ended up with so few benign photographs and then they were blurry images due to the printing style of the book. Second: the stories were told in such a simple manner with few details. There seemed to be little background research; one of us could have written similar one and two page 'stories' based on what we have watched on television. Third: having worked at a haunted studio and hotel in Hollywood there are many more interesting stories to be told than the ones that were written in HH: for instance: Lionel Barrymore still shows up at the Sunset Marquis, sleeping in beds and scaring bellboys (he lived in one of the Villas many years ago), guests' things disappearing and then reappearing days later, picture frames flying across the room while famous guests are sleeping, etc. At Raleigh Studios there are many stories, like the multiple sightings of a woman in white, flowing gowns walking around the original set of "Ramona" now the studio's cafe. Employees seeing a man and woman in period garb walking down a hallway right past them and then fading into nothing. Stage 5's many sightings, etc. There are many more stories with many more details to be told about haunted Hollywood.

It's a pretty book, and like others have written before me, it is a nice coffee table, fast-glance type of book, but definitely not one for the avid ghost/Hollywood history buff.

My wish would be for a more detailed book with lots more pictures.

Margaret Davis
5.0 out of 5 stars Great learning tool
Reviewed in the United States on September 19, 2020
Verified Purchase
I.had no idea about some of these places or people! After looking them up I got to know them better.
Read more
Helpful
Comment Report abuse

Kindle Customer
5.0 out of 5 stars It's great
Reviewed in the United States on August 9, 2018
Verified Purchase
I really liked this book. It was very informative.
Read more
Helpful
Comment Report abuse

Lindstrom Christer
5.0 out of 5 stars A "Chilling" Experience!
Reviewed in the United States on February 22, 2008
Verified Purchase
Reading Laurie Jacobson's amazing book "Hollywood Haunted" is a very captivating and thrilling experience to make!
Gosh, I couldn't believe that there were so many mysterious and ghostly stories and backgrounds to Hollywood and all the people involved! I know that "Hollywoodland" isn't the nicest place to be sometimes but all this!!! And with all the paranormal actvities going on!
How Laurie Jacobson has managed to create a book like this is beyond my senses - fantastic! I can just emagine the time and effort it took to "dig out" all the information of all these actors and actresses and their misfortunes and sometimes violent deaths in this, so very special environment. Talk about research!
I deeply recomend this book to all you out there, interested in the spooky histories of Filmland - no one has covered this like Laurie Jacobson!
I give the book five (5) stars without hezitation!!! Thank you!
Chris Lindstrom in Sweden!
Read more
One person found this helpful
Helpful
Comment Report abuse

Tinkerb714
5.0 out of 5 stars Five Stars
Reviewed in the United States on June 28, 2017
Verified Purchase
The stories in this book are short, but still an interesting read.
Read more
Helpful
Comment Report abuse
See all reviews

Sheila60
3.0 out of 5 stars Three Stars
Reviewed in the United Kingdom on March 17, 2015
Verified Purchase
Quite expensive for what it is.
Read more
Report abuse

Lesley Clarke
5.0 out of 5 stars Laurie Jacobson's HOLLYWOOD HAUNTED is a fascinating trip through Tinseltown's most notorious haunts!
Reviewed in Canada on June 8, 2014
Verified Purchase
A fascinating tour of some of filmland's most notorious haunts - expertly written and explored by author Laurie Jacobson. The book is not only a mesmerizing read, but the evocative photos enhance the paranormal subject matter - in other words, wether or not you entertain the possibility that discarnate spirits walk among us, the brilliant Jacobson draws the reader into a netherworld of shadows and nearly forgotten history. HOLLYWOOD HAUNTED is a thoroughly engaging book on every level. Can't wait for Part #2!
Read more
Report abuse

cactus60palm
2.0 out of 5 stars Not A Must Read
Reviewed in Canada on February 24, 2017
Verified Purchase
This was just a rehash of already well known haunted spots in Hollywood. Editing of this book was terrible - a lot of spelling and spacing errors.
Read more
Report abuse
See all reviews