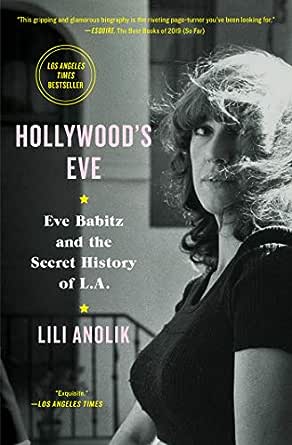 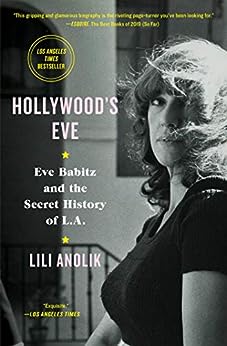 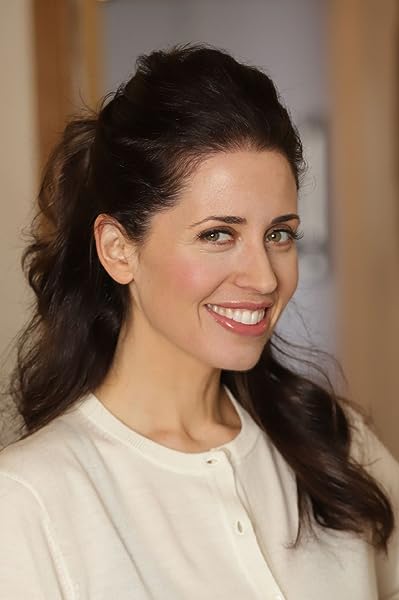 Lili Anolik's work has appeared in Vanity Fair, Harper's, and Believer, among other publications. Dark Rooms is her first novel.

A Note, Slipped to the Reader


Hollywood’s Eve isn’t a biography—at least not in the traditional sense. It won’t attempt to impose narrative structure and logic on life, which is (mostly) incoherent and irrational, lived moment-by-moment and instinctively rather than by grand design and purposefully; or to provide explanations, which (mostly) dull and diminish; or to reach conclusions, which are (mostly) hollow and false. In other words, it doesn’t believe, or expect you to, that facts, dates, timelines, firsthand accounts, verifiable sources tell the tale.

Here’s what Hollywood’s Eve is: a biography in the nontraditional sense; a case history as well as a cultural; a critical appreciation; a sociological study; a psychological commentary; a noir-style mystery; a memoir in disguise; and a philosophical investigation as contrary, speculative, and unresolved as its subject. Here’s what Hollywood’s Eve is above all else: a love story. The lover, me. The love object, Eve Babitz, the louche, wayward, headlong, hidden genius of Los Angeles.

A book can be infatuated—hopelessly, helplessly, heedlessly—same as a person. I’m telling you this not as a way of asking for allowances, but for understanding. In the following pages, things might get a little heated, a little weird, a little out of hand. Now you know why. --This text refers to an alternate kindle_edition edition.
Read more

3.8 out of 5 stars
3.8 out of 5
74 global ratings
How are ratings calculated?
To calculate the overall star rating and percentage breakdown by star, we don’t use a simple average. Instead, our system considers things like how recent a review is and if the reviewer bought the item on Amazon. It also analyzes reviews to verify trustworthiness.
Top reviews

michael saitta
1.0 out of 5 stars Did we all read the same book?
Reviewed in the United States on January 13, 2019
Verified Purchase
I have read Eve Babitz's books. She made a career of having gone to Hollywood High School and through her family knew lots of important people and posed for a naked photo playing chess with Marcel Duchamp. She wasn't beautiful. That was it. Except for sleeping around. At the beginning the author tells us what she is attempting to write about. That should be a clue.

To fill a whole book about very little requires talent and that is missing here. The same material is gone over and over.
The writing style is a third (forth) rate attempt at channeling Joan Didion.

I quit at a third of the way through. If you want to find out about Eve Babitz go to wikipedia and save your money.

Aran Joseph CanesTop Contributor: Philosophy
TOP 100 REVIEWERVINE VOICE
4.0 out of 5 stars While Successful Artistically...
Reviewed in the United States on January 8, 2019
Verified Purchase
Hollywood’s Eve is without question an artistic success. It offers the reader a view of Eve Babitz as the ultimate 21st century feminist icon who both owned and used her sexuality to get who and what she wanted and as a form of artistic self-expression.

It also offers a vision of Los Angeles in line with Babitz’s novels: Anolik neither praises L.A. as the city of earthly delights nor condemns it with the fire and brimstone of a Didion novel. It is the land where everyone is on stage and some act their parts better than others. Both pink sunsets and Skid Row make their appearance. Those who think that the subtitle of the secret life of L.A. means only debauchery and decadence are in for a surprise.

And there is a certain unity between the work and Babitz’s own life and writings. This is prose and life at full speed: the glories of beautiful people, fabulous wealth and easy access to the full range of narcotics.

The author even explicitly confesses her infatuation with Babitz: the gorgeous girl from Hollywood High who slept with many A listers then turned to writing about both the joy and agony of the Hollywood fast life. The L.A. girl who could successfully act a part and then turn that part into her personality.

My only hesitancy about this book is that Eve Babitz’s life could be viewed very differently. Drug addiction, unfulfilled artistic promise and being pimped to powerful Hollywood suits are not exactly the features that most people would want in their lives. The fact that Babitz now spends her days listening to conservative talk radio and rarely meeting anyone outside a small inner circle also seems like a depressing coda for someone who was once the quintessential it girl.

But if one enjoys prose that captures the young Eve Babitz—both courtesan and writer—one is sure to be delighted by Hollywood’s Eve. Anolik states in the introduction that the story is less a factual biography and more an appreciation. Where truth ends and legends start is anyone’s call. I just wonder if, at root, the whole account is something of a Hollywood illusion. That behind the many men, money and artistry Babitz starred not in a comedy but in more of a tragedy. But to Lili Anolik she is an exemplar for the modern woman. The reader can determine the veracity of this for themselves.

Debra Moore
1.0 out of 5 stars Could have been so good
Reviewed in the United States on March 12, 2019
Verified Purchase
I am interested in the subject. How a woman in the early 1960s found power. A cultural look at the so-called sexual revolution and its effect on women. A closer look at Eve Babitz's writing, some of which is great (the pre-cocaine addiction books are great). And it was blurbed by many writers I admire! Well, the author must be well-connected. Because what should have been a great boo is silly, due in part to the the trying-too-hard, fan-girl, faux-gonzo prose full of alliteration: "lucky, luscious, lewd lady from L.A." (If you think that's good writing, then this book is for you.) Also it tries and fails to be be intellectual--saying, for example, that the novel as a genre died when the pill was invented--but lacks any kind of informed sense of the history at all. It's an elongated gossip magazine article. And Eve Babitz is important enough--historically--to deserve better. Oh, and the author inserts herself in the story about 40% of the time, and she's not at all notable.
Read more
29 people found this helpful
Helpful
Report abuse

EB
1.0 out of 5 stars more about the author than the subject and mostly about nothing
Reviewed in the United States on January 27, 2019
Verified Purchase
really was not looking for a fan girl book ....as for originality: not to my pov
Read more
13 people found this helpful
Helpful
Report abuse

Joel Drucker
5.0 out of 5 stars fantastic portrait of place, time, person
Reviewed in the United States on February 5, 2019
Verified Purchase
More inventive than a biography, more intimate than a history, Lili Anolik’s Hollywood’s Eve is best viewed as a portrait, certainly of a place and time – Los Angeles, broadly over the last 75 years, deeply in examining those intriguing decades, the ‘60s and ‘70s. But even more, at once with proximity and distance, attraction and repulsion, Hollywood’s Eve is a portrait of a certain kind of cultural avatar, Eve Babitz – subject, object, observer, participant. Let’s be candid: mostly participant, emphatically so in her era’s synthesis of hedonism and confrontation, creation and destruction, along the front lines of sex, drugs, art, music, cultural change and a city that exerts a gravitational pull on the American sensibility. With delicacy and just the right amount of self-exploration, Lili Anolik (LA, ha ha) has told an excellent tale.
Read more
4 people found this helpful
Helpful
Report abuse

Peter Bloch
5.0 out of 5 stars Compulsively fascinating!
Reviewed in the United States on January 9, 2019
Verified Purchase
Even if you’ve never heard of Eve Babitz, if you’re a movie fan or just enjoy great writing about one of the most compulsively fascinating women ever, get this book and start reading. You won’t be able to stop
Read more
5 people found this helpful
Helpful
Report abuse

J X K
1.0 out of 5 stars Totally the C Word
Reviewed in the United States on March 13, 2019
Verified Purchase
After reading this book I thought I was going to have to go to the clinic and get treated for VD. Incredible, did she really have sex with this many people?
Read more
4 people found this helpful
Helpful
Report abuse

Jake
3.0 out of 5 stars Some good dish makes for good if not great reading
Reviewed in the United States on April 23, 2019
Verified Purchase
It is not a terrible book. Eve is not boring and the dish about famous people in this book is delicious.
The way it is written is not particularly engaging, an indirect approach to remembering place and things that went before, although the author makes every attempt at verification. I enjoyed the read liked it without loving it. The Harrison Ford tidbits are wonderfully wicked.

Lesley
2.0 out of 5 stars a bit sycophantic
Reviewed in the United Kingdom on May 24, 2020
Verified Purchase
OK overall - some interesting details, but overall longwinded and sycophantic.
Read more
Report abuse
See all reviews