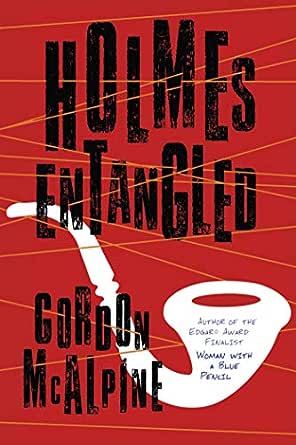 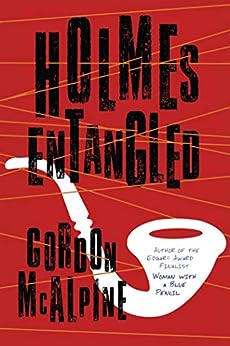 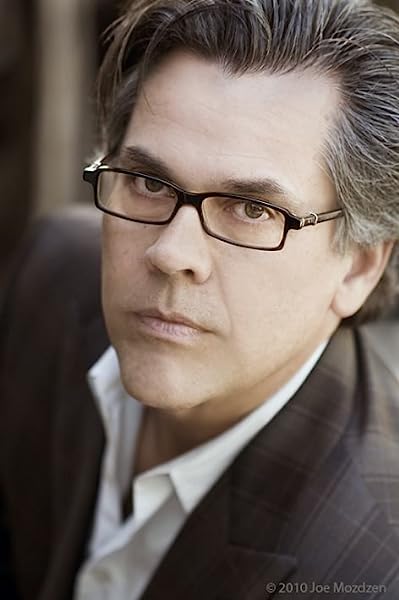 “It’s hard to create a thrilling narrative using an over-used character like Sherlock Holmes. . . unless you are Gordon McAlpine. The brilliance of the work done by McAlpine in this novel is that he has constructed a conventional mystery and yet has also included interesting elements from science and other genres. . . .Traditional mystery needs more authors like Gordon McAlpine: Authors who can take enduring characters and narratives, polish them and give them a new beautiful face. This is a highly recommended title.”

“Sherlock Holmes is not who you think he is. In this brilliant imagining by Gordon McAlpine, Holmes must battle for his very existence, with the world as we know it at stake. Prepare to have your mind blown!”

“The most post-modern take on Sherlock Holmes since Chabon’s The Final Solution. McAlpine’s work is perfect for those who enjoyed the Will Ferrell film Stranger Than Fiction, but wished it wasn’t a comedy.”

“A joy to read from start to finish. McAlpine has crafted a thrilling, believable rendering of our beloved detective in his twilight years. I can’t recommend this novel enough.”

—Mitch Cullin, author of A Slight Trick of the Mind, the basis for the film Mr. Holmes

“It’s to author McAlpine’s credit that he makes what might have been an arch exercise into a joy to read…. It’s a fascinating read, smart and entertaining for all that it’s based on those quantum mechanics. That’s right, it’s Holmes confronting alternate universes, and it’s wonderful.”
—Booklist starred review

PRAISE FOR WOMAN WITH A BLUE PENCIL:

"A brilliantly structured labyrinth of a novel--something of an enigma wrapped in a mystery, postmodernist in its experimental bravado and yet satisfyingly well-grounded in the Los Angeles of its World War II era. Gordon McAlpine has imagined a totally unique work of 'mystery' fiction--one that Kafka, Borges, and Nabokov, as well as Dashiell Hammett, would have appreciated."
—JOYCE CAROL OATES

"A masterpiece of metafiction....I don't know the last time I read a book that made me think that much AND had that good of an ending."
—MysteryPeople PICK OF THE MONTH

"A refreshing, brisk, yet fully and brilliantly realized work... that is nearly perfect and manages to pay homage to Hammett's celebrated work, while still being an incredibly engaging read for the uninitiated.... [An] inspired tale that delivers as expertly drawn meta-fiction and a compelling mystery."
—Reviewing the Evidence

"This mash-up of biography and mystery novel is fascinating.... An engaging, highly imaginative book."
—Mystery Scene

Gordon McAlpine is the author of Woman with a Blue Pencil and Hammett Unwritten and numerous other novels, as well as a middle-grade trilogy, The Misadventures of Edgar and Allan Poe. Additionally, he is coauthor of the nonfiction book The Way of Baseball, Finding Stillness at 95 MPH. He has taught creative writing and literature at U.C. Irvine, U.C.L.A., and Chapman University. He lives with his wife Julie in Southern California. --This text refers to the paperback edition.

4.2 out of 5 stars
4.2 out of 5
34 customer ratings
How does Amazon calculate star ratings?
Amazon calculates a product’s star ratings based on a machine learned model instead of a raw data average. The model takes into account factors including the age of a rating, whether the ratings are from verified purchasers, and factors that establish reviewer trustworthiness.
Top reviews

Shirley M.
5.0 out of 5 stars Not an ordinary Holmes pastiche
Reviewed in the United States on April 25, 2018
Verified Purchase
You know that a story in which Sir Arthur Conan Doyle comes to Sherlock Holmes for help has to be one of the most remarkable ever!
Read more
5 people found this helpful
Helpful
Comment Report abuse

Viking2020
2.0 out of 5 stars Avoid the Kindle Version!
Reviewed in the United States on June 10, 2019
Verified Purchase
The transfer from text to e-book is poor. The paragraphing is inconsistent, and this is especially problematic in scenes of dialogue where lines from characters are run together rather than separated and indented.
Read more
3 people found this helpful
Helpful
Comment Report abuse

L. A. Hildebrant
5.0 out of 5 stars Smart, Clever and Engrossing
Reviewed in the United States on June 29, 2019
Verified Purchase
If you like mysteries with clever angles and thought provoking theories, you’ll enjoy this very entertaining and surprising book. I could hardly put it down. Warning: don’t be impatient, the story unfolds at it’s own well thought out pace. Your questions about characters and their relationships and whether “real” or literary will be answered in due time.
Read more
Helpful
Comment Report abuse

Amazon Customer
5.0 out of 5 stars A very good argument.
Reviewed in the United States on June 21, 2019
Verified Purchase
A very good argument for how it could be and couldn't be and is not is all simultaneously. I once read that it is a sign of genius to be able to hold two contradictory ideas in your head at the same time. Such is the foundation of quantum physics!
Read more
Helpful
Comment Report abuse

F. B. Gardner
5.0 out of 5 stars Quite a tale!
Reviewed in the United States on September 11, 2019
Verified Purchase
The main product of this story is DOUBT! And the author places it squarely upon the shoulders of the reader to decide where the truth lies! Very well done!
Read more
Helpful
Comment Report abuse

Jeffrey McCollum
5.0 out of 5 stars A Quantum of Holmes
Reviewed in the United States on December 30, 2019
Verified Purchase
I have read some of Doyle’s work and a bit of quantum physics. McAlpine combines them in a provocative way. Holmes aficionados will resonate with more of the references than I did but Borges, Holmes, Doyle and alternate universes make for a fun read. I want to read more of him.
Read more
Helpful
Comment Report abuse