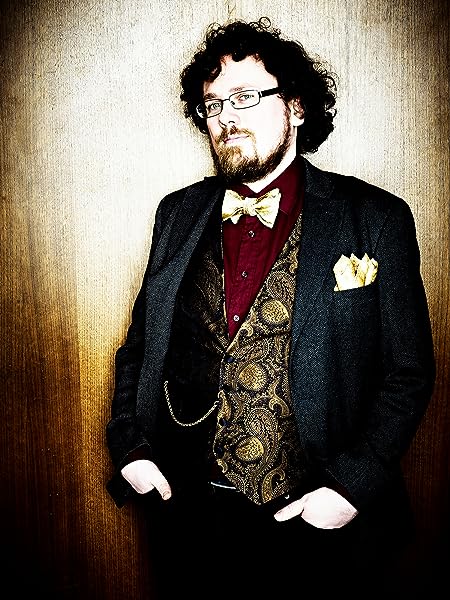 From Holmes to Sherlock: The Story of the Men and Women Who Created an Icon Hardcover – August 1, 2017

Praise for From Holmes to Sherlock:

One of the Washington Post’s 50 notable works of nonfiction in 2017, a Crime Lady best book of the year, and one of Ashwin Sanghi’s 5 favorite books of the year (Deccan Herald)

“If you love Sherlock Holmes, you’ll love this book . . . Mattias Bostrom’s From Holmes to Sherlock is the best account of Baker Street mania ever written. Really . . . what Bostrom has accomplished supremely well is to relate, as his subtitle proclaims, ‘the story of the men and women who created an icon.’ In effect, he shows us how Sherlock Holmes enchanted the world.”―Michael Dirda, Washington Post

“A timely overview of the great detective’s actual genesis and multiple transformation as a mass cultural icon . . . Riveting . . . Boström has expertly unearthed entertaining instances of the sleuth’s diverse appearances in all media, throughout the world . . . [A] wonderfully entertaining history.”―Michael Saler, Wall Street Journal

“From Holmes to Sherlock celebrates the versatility of one of fiction’s most beloved characters . . . terrific . . . Mattias Boström has written a necessary addition to any Baker Street library.”―Steve Donoghue, Christian Science Monitor

“For Sherlock Holmes buffs, there’s a new book I imagine is indispensable . . . Boström’s achievement is staggering and endearingly gossipy. It’s like eating popcorn and you learn a whole lot of cool stuff along the way.”―Nicholas Meyer

“Mattias Boström has done the impossible―encapsulated the journey of Sherlock Holmes from international literary superstar to modern day television hero. Meticulous, charming and, best of all, adoring of the original.”―Lyndsay Faye, author of The Whole Art of Detection

“Just when you think you’ve read every great book about the history of Doyle and Holmes, Mattias Boström reveals startling new layers to the famous adventures of the greatest detective of all time. Written with skill, wit, and unmatched expertise, From Holmes to Sherlock is the new standard in the complete history of not only the original Doyle stories, but literally every adaptation, too.”―Ryan Britt, author of Luke Skywalker Can't Read

“A breathtakingly comprehensive study of a literary phenomenon . . . Mattias Boström has given us an epic narrative that despite its length and sheer poundage in paperback is unputdownable. Bravo.”―New York Journal of Books “One of my favorite books of the year . . . you will enjoy Boström's book enormously. It's a delight to read, narrative history paced like a suspense novel . . . What I loved most about From Holmes to Sherlock is that you don't have to be a Sherlock Holmes expert to enjoy it.”―Sarah Weinman, Crime Lady

“Boström, a Swedish master of Sherlockiana, whose writings during some thirty years of research is uncontestedly award-winning, reveals how each generation has a different slant, perhaps more nuanced, on the great detective.”―Decatur Daily

“Even the most assiduous Sherlockian can admit that the endless reinvention and lasting pop-cultural impact of Sir Arthur Conan Doyle's creation was not necessarily elementary. As a study in Sherlock, the case of the big business of public frenzies, literary estates and endless adaptations finally gets solved.”―Globe & Mail (Toronto), “gifts for every type of book lover on your list”

“A fascinating tale that brings together everything you thought you knew about Sherlock Holmes, and then some . . . both a work of deep scholarship and a disarmingly racy read.”―Sydney Morning Herald (Australia)

“Boström provides a unique approach to the history of the Sherlock Holmes phenomenon that had me turning all 500 pages of this tome with interest.”―Steve Steinbock, Ellery Queen Mystery Magazine, 5 stars

“Conan Doyle’s building of the character has never been better told, and the peregrinations of the copyrights down through the years form virtually a novel in itself.”―Nick Murray, Financial Advisor, “books of the year 2017”

“[Boström] comes up with some intriguing and fresh details . . . The canon of critical and biographical material on Holmes and Doyle is massive, of course, but even so, this latest entry makes a significant contribution to our understanding of how a bloodhound called Sherlock took over the world. ”―Booklist (starred review)

“A remarkable tour of Sherlock facts and myths . . . Bostrom's lively narration makes this hefty book feel just as fun as the original detective adventures. It is detailed but never boring, and is probably the only book over 200 pages that I have read in one sitting (do or do not try this at home).”―Politics and Prose

“Entertaining, enlightening . . . Each chapter is short, written in a punchy, eavesdropping style, so that even if you don’t know the protagonists, their battles, failures and successes read like mini-mysteries . . . The chapters here are like a bag of salted peanuts―you can’t stop at one.”―Winnipeg Free Press

“A spirited account of how Sherlock became a household name . . . Boström's weaving of the Holmes story into the larger one of popular culture and the mass-entertainment industry is the best part of this very good book. For fans of literature, film history, and Conan Doyle alike, a fine complement to the best works of Sherlock-iana.”―Kirkus Reviews

“Boström’s important and entertaining book should be read by all Holmes fans.”―Randall Stock, Best of Sherlock, 2017 best books about Holmes & Conan Doyle

“A fascinating treatment of Doyle’s creation of Holmes and the way in which it became such a popular culture juggernaut, sometimes in spite of Doyle’s descendants.”―Max Allan Collins

“Boström has succeeded masterfully in doing something no one has hitherto dared try: telling the whole Sherlock Holmes 'story.' It is an extraordinary tale.”―Nicholas Utechin, editor of the Sherlock Holmes Journal, 1976-2006

“When next asked why you so love Sherlock Holmes, hand your interrogator a copy of this work.”―Steven Rothman, Baker Street Journal

“Absolutely outstanding . . . and unlikely ever to be surpassed in depth, scope, dedication, intelligent enthusiasm, readability and all the qualities that make a book worthwhile is Mattias Boström’s masterpiece From Holmes to Sherlock.”―Roger Johnson, Sherlock Holmes Journal

"This ambitious work charting the history of Sherlock Holmes and Sherlockiana in all of its guises is the most important book on the Sherlockian bookshelf in the past several years. Mattias's research is impressive as is his breadth of knowledge.”―Mark Alberstat, editor of Canadian Holmes

“From Holmes to Sherlock will be one of the four or five most important books among the scores of nonfiction volumes about Sherlock Holmes, and it’s easy and entertaining reading as well.”―Christopher Redmond, editor of Sherlockian.net

“ [From Holmes to Sherlock] explores the world’s continuing fascination with fiction’s leading detective hero. The informal, accessible style of Gallagher’s translation makes for an easy, if lengthy, read.”―Publishers Weekly

“In brief, novelistic chapters, Boström supplies a well-researched, chronological approach to the history. To be enjoyed by Sherlockians everywhere, this title makes it clear that Holmes's story is far from over.”―Library Journal

“ [A] unique, incredibly ambitious and wide-ranging volume . . . While it reads like a work of fiction, almost a literary mystery, it is a rich tapestry, filled with real-world heroes and villains . . . I can’t recommend this book highly enough . . . A must-read for anyone with an interest in the character, the history or the fandom surrounding him.”―Canadian Holmes

“One of the most original and needed Sherlockian books to appear for some years . . . Probably the most interesting book on the world of Sherlockiana to emerge in the 21st century.”―Alistair Duncan, Doyleockian

“No Sherlockian year in review will be complete this year without mention of this book. I've said it before, and I'll say it again: this book should be in every Sherlockian collection.”―Interesting though Elementary

“Mattias Boström . . . [has] written a book about Sherlock Holmes that is head and shoulders above anything we’ve seen lately . . . with a style and grace that leaves one nearly speechless.”―Timothy J. Johnson, Curator of Special Collections and Rare Books, E. W. McDiarmid Curator of the Sherlock Holmes Collections

Mattias Boström, born in 1971, is a Swedish author, publisher, and Sherlock Holmes expert. He has written three books about Swedish popular culture history and has been an active Sherlockian for almost thirty years, publishing articles and editing books and booklets on the subject. He lives outside Stockholm with his wife and two young daughters.