You've subscribed to Texas! We will preorder your items within 24 hours of when they become available. When new books are released, we'll charge your default payment method for the lowest price available during the pre-order period.
Update your device or payment method, cancel individual pre-orders or your subscription at
Your Memberships & Subscriptions
There was an error. We were unable to process your subscription due to an error. Please refresh and try again. 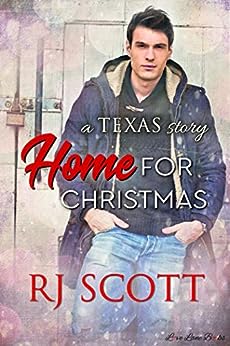 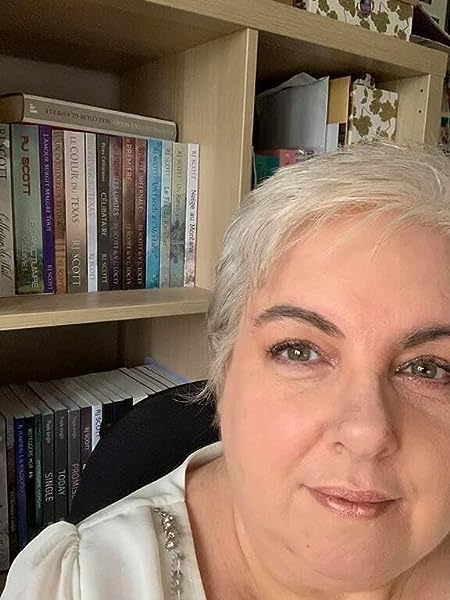 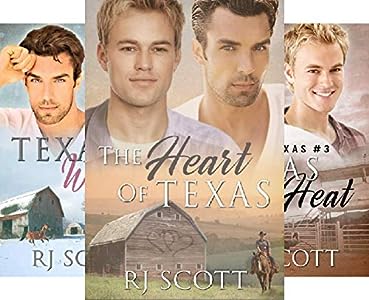 4.6 out of 5 stars
4.6 out of 5
107 global ratings
How are ratings calculated?
To calculate the overall star rating and percentage breakdown by star, we don’t use a simple average. Instead, our system considers things like how recent a review is and if the reviewer bought the item on Amazon. It also analyzes reviews to verify trustworthiness.
Top reviews

Torhild B.
5.0 out of 5 stars HEARTWARMING STORY
Reviewed in the United States on November 28, 2018
Verified Purchase
How alike is Connor his fathers? Very much alike. He has both their traits in him, and at a point in the story I kind of forgot which one of the fathers were his originally. he he. We meet Connor at campus, were he is looking for his study friend River.
River is a guy who has transfered college because of a past happening at the prev college.
Connor finds him on the roof where he challenges some issues. Now , what would you have done in this situation you ask? Probably the same as Connor.
Back at the Double D, they got to know each other little more day by day and River starts opening up to Connor.
I just want to let this hang here because if I say more I'll spoil it totaly.
So let me rather talk about Mrs Scott's ability to include you as a standbyer, watching the scenes unfold in this book. She is clever at this. Then she unfolds the characters on the papers so nicely, and well done. She never strays from the plotline either. Evne a dash of great humor is sprayed throughout the book. Even covering tension as the underlaying layer.
One last thing...if you find yourself wanting more, well, tell the author so. Imho, I am NOT done with this family at all. I want to see Riley and Jack becoming grand dads, and btw...you never know what we get in the future.
Read more
3 people found this helpful
Helpful
Report abuse

Anne Shure
3.0 out of 5 stars Didn’t work too well for me
Reviewed in the United States on November 28, 2018
Verified Purchase
Maybe I’m in the minority here, but this wasn’t as good as I’d hoped it would be. It was average, but not great, and the ending seemed really rushed, with a serious misunderstanding simply swept under the rug. Part of my problem with it was the poor proofreading and niggling continuity errors, as well as the use of British English phrases in a book set in the U.S. But what bothered me the most was the erasure of Diana—Hayley and Logan’s second child. She just doesn’t exist here, even though she had been mentioned in the epilogue of Texas Gift. While I understand that this author has a lot of series to keep track of, I would like to think that every character, no matter how small, deserves to be remembered and included.
Read more
4 people found this helpful
Helpful
Report abuse

Roger Hyttinen
5.0 out of 5 stars feel-good super sweet Christmas romance
Reviewed in the United States on January 7, 2019
Verified Purchase
This follows Connor, a man with a huge heart who, one night, finds his friend River on the roof of the campus admin building. River is quite drunk, and shouting into a snowstorm, a mostly empty bottle of vodka in his hand. Connor talks his friend down and then learns that River is without family and is planning on spending Christmas by himself in a rented budget hotel room down the road.

Connor doesn't want to leave River alone, fearful that he may end up on a roof of a building again...or worse. It's also worth mentioning that Connor has quite a crush on River. So Connor strongly convinces a reluctant River to come home with him for Christmas and spend the holiday with Connor's two dads.

Now River has some major issues and quite a complicated past, which we learn about slowly as the story unfolds. He's built up these walls around his heart and is determined not to allow Connor to "fix him".  But in spite of himself, River finds himself falling in love with Connor's warm and gregarious family and Connor ends up worming his way into River's heart as well, causing some of his carefully constructed walls to come crashing down.

Now, this is actually Book 9 in the series which I wasn't aware of but it stood on its own just fine. This is a short book so I'm not going to say too much more about it in order to not give anything away. I will say, however, that this was a feel-good super sweet Christmas romance that revolved around family, love, and acceptance and I absolutely adored it. This book has the kind of characters that stay with you afterward and I just may pick up the rest of the series down the road, I liked this that much.
Read more
One person found this helpful
Helpful
Report abuse

Bo
5.0 out of 5 stars Sweet Ending?
Reviewed in the United States on August 24, 2021
Verified Purchase
I don't know for sure if this is the end of the fabulous Riley & Jack Campbell-Hayes saga but if it is then it is just perfect. If it's not, hey, we can bear that.

This involves Connor, Riley and Jack's son (twin brother to Lexie) who is about to graduate from college but finds his final college Christmas vacation upended by a confrontation with River Samson, a member of the college swim team who appears to be ready to fall off the roof while totally vodka swacked.

From there we are given several chapters in which Connor and River argue and almost fight before Connor manages to ensconce his classmate into the sometimes wild and wooly Campbell-Hayes ranch and extended family.

From there lovers of this series will know the drill and marvel at the way Riley and Jack have matured into a married couple who still cannot get enough of each other. But we don't get any of their physical interactions, just their wisdom and consequential advice.

In the end, the story will make you smile and maybe wipe a bit of a tear in happiness.
Read more
Helpful
Report abuse
See all reviews

AJ Loves to read
5.0 out of 5 stars Great characters and a joy to catch up with old friends...
Reviewed in the United Kingdom on November 28, 2018
Verified Purchase
I love practically every book by this author but the Texas series is my favourite! So much so that I re-read them at least once a year. So thrilled to have a new story and even though I don't usually like 'next generation ' stories, I really loved this one.
I'm in awe of how quickly I am invested in the characters - I wish I knew how RJ does it!
Read more
Report abuse

Kindle Customer
4.0 out of 5 stars Young love
Reviewed in the United Kingdom on December 14, 2020
Verified Purchase
This is a really sweet story of love, acceptance and family, Connor has the most amazing supportive parents and River has no one. I loved how they overcame their insecurities. You can tell Connor is Riley and Jack's son.
Read more
Report abuse

Kindle Customer
4.0 out of 5 stars Enjoyable
Reviewed in the United Kingdom on August 29, 2021
Verified Purchase
I have enjoyed all the books in this series, they are light and interesting with, mostly, likeable characters and I hope that we will hear more of this particular world.
Read more
Report abuse

Mrs Michelle J Good
4.0 out of 5 stars Good but...
Reviewed in the United Kingdom on December 3, 2018
Verified Purchase
I liked it but I didn't love it, I was surprisingly slightly disappointed in this even though it is a "Texas" book. It felt rushed in places and I felt the problems with River were brushed under the carpet but still Jack and Riley made my heart flutter and I would like more (lots more!!!)
Read more
Report abuse
See all reviews