Add to Cart
$29.47
+ Free Shipping
Sold by: Publisher Direct
Have one to sell?
Sell on Amazon 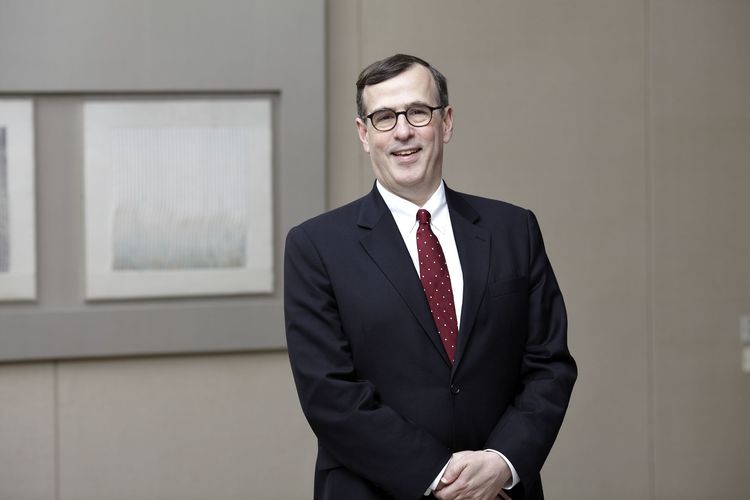 Frank Lavin is the son of Carl Lavin. Frank has served as a US ambassador, White House aide, banker, and trade negotiator. He currently works in business in Singapore.

Start reading Home Front to Battlefront on your Kindle in under a minute.

4.9 out of 5 stars
4.9 out of 5
49 customer ratings
How does Amazon calculate star ratings?
Amazon calculates a product’s star ratings based on a machine learned model instead of a raw data average. The model takes into account factors including the age of a rating, whether the ratings are from verified purchasers, and factors that establish reviewer trustworthiness.

Hubertus Hoffmann
5.0 out of 5 stars A great story of an American GI in WW II
Reviewed in the United States on February 9, 2017
Verified Purchase
Students of history will recognize the famous 84th Infantry Division (“The Railsplitter”) of the U.S. Army for having been the home of young Henry Kissinger and his senior mentor Dr Fritz Kraemer, who became my mentor for 23 years in 1979.
Now Henry Kissinger writes in the forward of the new book Home Front to Battlefront- An Ohio Teenager in World War II by Frank Lavin: “It was in the 84th Division that I first met Fritz Kraemer, the staid Prussian aristocrat who helped start me on the road of serious academic work”.

With the publication of Home Front to Battlefront, we also see it was the home of Pfc Carl Lavin, the father of Frank Lavin.

I first met Frank in 1984 when he was director of the office of President Reagan in the White House, in the Situation Room of the West Wing. He comes from Ohio, is Republican and made a splendid career as US Ambassador to Singapore and Under Secretary at the US Department of Commerce. We became friends. Now he lives in Hongkong and started the e-commerce company ExportNow! in Shanghai.

Unlike Kissinger and Kraemer, his father Carl Lavin never entered the world of grand strategy, serving as a combat rifleman and then returning to his small-town home in Ohio after the war. In some ways, this is what makes the book worth reading.

Nobel Laureate John Steinbeck explains: “There are really two wars,” he wrote, “and they haven’t much to do with each other. There is a war of maps and logistics, of campaigns, of ballistics, armies, divisions, and regiments, – and that is General Marshall’s war.

“Then there is the war of the homesick, weary, funny, violent, common men who wash their socks in their helmets, complain about the food… and lug themselves and their spirit through as dirty a business as the world has ever seen and do it with humor and dignity and courage…”

Home Front to Battlefront concerns that second war. This is the war as seen by one foot solider, Carl Lavin, an American teenager who becomes a combat infantryman.

If you are trying to understand the human dimension of the American GI in WWII, similar in some respects to foot soldiers around the world, Home Front to Battlefront is for you.

I like the book. It is a homage for a father who did not spent his youth in bars but on the battlefield. It touched your heart and emotions.

It is a story of the young GI with all his dreams, hopes and fears.

It is good that his son has collected all the letters and documents now to transfer the personal impressions and know how to the next generations.

It is worth reading and thinking about this brave generation. Young Americans ready to die for the values of America, freedom and peace and the constitution, from all political, racial and religious backgrounds.

Patrick Cronin
5.0 out of 5 stars An exquisite, intimate look at one GI's World War II story
Reviewed in the United States on February 4, 2017
Verified Purchase
War, as life itself, is usually a matter of details, of "small matters," Frank Lavin tells us in recounting this amazing story of his father. Armed with some 200 letters and his own considerable intellectual acumen, Ambassador Lavin has produced as moving and intimate an account of an important chapter of American history as you could hope to encounter. From growing up in Canton, Ohio to crossing the English Channel on Christmas Day 1944 along with other soldiers of the 84th Infantry, to carrying on in early postwar Germany and France, Frank Lavin's father communicates directly with the reader to share the hope, passion, fatigue, and homesickness that coursed through the veins of so many American GIs fighting for the victorious Allied cause. Reading this book will transport you back to an earlier and largely harrowing time in a way that longer, more academic volumes fail to do.
Read more
3 people found this helpful
Helpful
Comment Report abuse

Amazon Customer
5.0 out of 5 stars Meaningful memoir
Reviewed in the United States on March 7, 2017
Verified Purchase
To me, it was a very meaningful book in so many ways. I knew Carl Lavin as well as him being a friend to me. I greatly admired him and what I learned in the book about him just made his character even more complete and interesting, aside from all of the stories I had heard directly from him. In reading his letters, I could hear his voice and could sense the look upon his face as if he was still right here. The book is a great personal gift for those that did know him. I do miss him greatly.

It was so interesting to see as Rabbi Lieberman had noted, his interest in Spinoza's philosophy in the midst of the chaos of war and its aftermath and his interest in the architecture of the Sugardale plant among moments of rest between artillery battles. The curiosity that fascinated him in a child like way to watch the "movie" from the camera obscura in the rail car always spoke to me as to who he was, despite the lack of interest from those around him in the phenomenon.

What stood out for me most, however, were just the little funny quips that were so Carl-like and repeated throughout the letters such as "let's get with it willya" with sending more letters, more fudge, more magazines, etc. and little digs at his mother for worrying, etc. Also how wonderfully intimate the relationship he did have with Dorothy as a son.

He really had a very blessed life from his childhood to being so fortunate to survive the horrors of the good war and come home to help develop the company until it's struggles with his cousins.

Thank you Frank for putting together this work, which I'm sure was a labor of love but not an easy one.
Read more
One person found this helpful
Helpful
Comment Report abuse

D in Ohio
5.0 out of 5 stars History at its finest
Reviewed in the United States on February 2, 2017
Verified Purchase
Most of us know the stories of the generals. This rare collection of very personal yet censored letters illuminates the experiences of a brilliant and humble PFC.
What begins as an adult "summer camp" quickly evolves into the battle of the bulge.
How this soldier maintains his humanity and sweet tooth while constantly reassuring his parents is a marvel.
Kudos to the son for giving enough information to allow the reader to follow the story while still letting the letters tell the story.
Read more
2 people found this helpful
Helpful
Comment Report abuse
See all reviews from the United States

I really like two things about this book. First, the similarities between father and son. Carl’s letters are sprinkled with gentle, cheeky humour, even when facing daily dances with death in the Ardennes and in Germany in late ’44 and early ’45. Almost every letter ends in a plea for “more candy” and complains that family supplies from home are never enough. Knowing the son a little, I now understand the provenance of his humour.

Second, and more substantially, is the startling jump in maturity in Carl’s letters once he encounters actual combat. Before December ’44 he was an easygoing youth, though with a practical bent (from his father), a love of music and reading (from his mother), and a growing curiosity about the adult world on his doorstep. But then the letters undergo a step-change – in a matter of days or a week or two, towards the end of ’44 and in early January ’45. This is when the twenty year-old Carl sees real combat for the first time and, almost daily, sees death in the face. Given strict censorship, he can’t write about it directly, or even allude to it except in the most oblique way. But by now it is as if a deep and wise middle-aged man, seasoned by decades of life-experience, writes these letters home. Carl seems to have acquired decades of wisdom in a matter of days. I can’t imagine writing letters of such maturity or even philosophical depth at the age of twenty – or even today for that matter. Carl’s ability to detach himself from these supercharged wartime moments to make astute observations and judgments of people and situations is astonishing; so is his reluctance to tar his German enemies with collective guilt or sin, and his moral condemnation of atrocities committed by his own side. What shines through is Carl’s humanity in the most inhuman situations.

Finally, reading about Carl, I think I now have a better appreciation of the warmth, humanity, wisdom and culture (deeply felt, lightly worn and modestly expressed) of the son. Thanks, Frank, for a wonderful book. You have allowed your father to speak in his own voice, and done him proud.
Read more
Helpful
Sending feedback...
Thank you for your feedback.
Sorry, we failed to record your vote. Please try again
Report abuse

Amazon Kunde
5.0 out of 5 stars Meaningful book
Reviewed in Germany on May 8, 2017
Verified Purchase
A moving personal oral history of finest American G.I.'s experiences
in World War II. Of great value for European readers as well.
Margarita Mathiopoulos, Professor of US-Foreign Policy at the Univ.of
Potsdam and author of the bestseller "The End of the Bonn Republic".
Read more
Helpful
Sending feedback...
Thank you for your feedback.
Sorry, we failed to record your vote. Please try again
Report abuse

See all reviews from the United States
Pages with related products. See and discover other items: home ohio