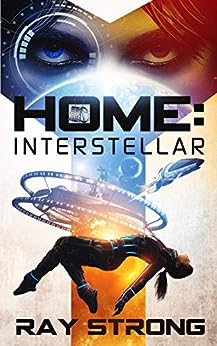 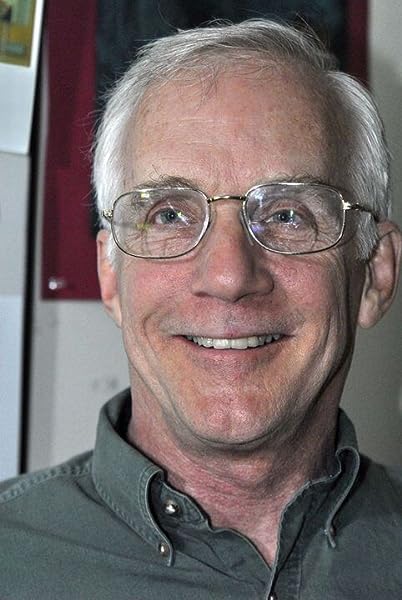 "Hard sci-fi with a heart...complex,compelling tale of galactic intrigue."  --KirkusReviews.

"...a satisfyingly meaty merchant-ship based universe and a heroine you can root for make this a compelling read for space opera addicts. " --The BookLife Prize in Fiction.

"In Home: Interstellar by Ray Strong we are presented with a strong blending of genres, a science fiction tale that reads like a pilgrimage with a haunted and haunting female character who combines strength and grace in a way that instantly wins the reader over to her perspective and her values, her every cause.  ... The characters here are fully realized, vivid and alive,and often do surprising things - or do / say things that are very human, which can be rare.  I especially like Meriel, who wins the reader over early and often and seems fully realized on the page, alive and breathing..." --Writer'sDigest.


Ray Strong grew up reading the masters of science fiction. To bring those stories to life he went to college to learn how to design space ships. That training led him to a career as a professional engineer in high-tech industries. He is still working to bring those futures to the people of today.

4.2 out of 5 stars
4.2 out of 5
107 global ratings
How are ratings calculated?
To calculate the overall star rating and percentage breakdown by star, we don’t use a simple average. Instead, our system considers things like how recent a review is and if the reviewer bought the item on Amazon. It also analyzes reviews to verify trustworthiness.
Top reviews

Crypto Charpie
5.0 out of 5 stars A different writing style, but an enjoyable read that's pretty clean (minor violence, no sexual junk)
Reviewed in the United States on March 14, 2016
Verified Purchase
The writing here was highly unique. I'm not used to third person narration that's so blunt. Many parts of the storyline are just stated in this passionless, emotionless voice that's shocking in it's straightforwardness. It's kind of jarring sometimes, but it kind of makes for an enjoyable read because it's such a different writing style than I'm used to. I don't recall any sexual content and the violence isn't really graphic - it's usually stated in emotionless statements that add to the storyline without going places the mind doesn't need to go.

I was hooked shortly after starting to read this and couldn't put it down. It took me a few days to decide whether I liked the writing style or hated it because it was just that unique.

Pros: no big cliffhanger at the end to make you come back for more, dynamic characters - full of many pieces to the plot, not too predictable; not too graphic with violence or sexual content

(minor spoilers follow)
Family friendly - 4 out of 5 (there is violence and peril to children)
Writing clarity/lack of types - 4 out of 5 (there were a couple typos, but nothing that was too frustrating)
Story's draw (how much do I want to keep reading) - 5 out of 5
Sci-fi quality 5 out of 5 - I decided I like the writing style because its a slightly different take on sci-fi than I'm used to; it's cohesive and plausible
Satisfying - 5 out of 5 - I didn't feel like I wasted my time and I wasn't met with an annoying cliffhanger that made me want to not buy another book in the series just to spite the author

If you found this review helpful - please click the "Yes" button below this review indicating so - thanks!
Read more
40 people found this helpful
Helpful
Report abuse

D. B. Rose
4.0 out of 5 stars Young heroine's mission impossible - Outstanding!
Reviewed in the United States on March 7, 2018
Verified Purchase
A superbly well developed SF novel written in a very clean, almost spare style, this book features a vulnerable heroine engaged in a seemingly impossible struggle against almost universal corporate skulduggery.
Meriel is an outstanding character in any genre. Far from being any kind of superwoman, she has to wrestle with her own flaws and demons as well as with the sinister influence of outside forces which, at the beginning of the book, are almost incomprehensible. We 'know' she knows the truth, but even the reader is brought to doubt that under the terrible pressure of events. Nevertheless, Meriel simply will not give up, and eventually begins to see glimpses of light in the darkness. Through this process she matures as a person, from her monomaniac focus on the consequences of the loss of her ship, the Princess, to a broader understanding of the world and with a growing capacity for emotional engagement beyond her fellow orphans.
Both the SF tech setting (lightly presented, but thoroughly thought out) and the piracy, murder and dirty tricks of the entities involved are really well done. I enjoyed the little details of space travel and station life. Ray Strong leaves much unstated, but it's easy for the reader to interpolate.
His writing style is so unemotional that it took me a long time - almost half the book - to adapt to it. I felt that the first half flowed very sluggishly, and perhaps that was why. From the midpoint on, though, the book took off, and with a lot more fighting and overt suspense I really enjoyed the exciting and satisfying conclusion. I say satisfying, and I was satisfied, but readers should note that not all loose ends are neatly tied up. I like that, because it reflects real life.
Read more
2 people found this helpful
Helpful
Report abuse

R. Adkins
4.0 out of 5 stars Home: Interstellar: Merchant Princess is worth the read.
Reviewed in the United States on September 25, 2016
Verified Purchase
Home: Interstellar: Merchant Princess by Ray Strong is good Sci-Fi but falls a little short of being "great". Character development seemed a little weak. The plot was viable if not a little sketchy. As the title implies, the story involves a young girl whose family owns and operates a merchant space ship called the "Princess". While on a routine cargo run, the ship is boarded by unknown parties, the adult family members slaughtered with only the children surviving (because they were hidden). The authorities declare the incident to be a drug smuggling deal gone bad but the oldest surviving child, Merill Hope, believes differently and spends years seeking the truth and attempting to recover her parents' ship (which was impounded) and also to collect her siblings from foster homes and jobs. The authorities try to convince her that she is delusional about the nature of the incident and prescribe drugs to help her "cope" with her "fantasies". They ban her from contact with her siblings and perpetuate a public story that Merill was the only survivor and suffers from delusions. Eventually, Merill unravels the true story and exposes the culprits.
Read more
3 people found this helpful
Helpful
Report abuse
See all reviews

Faith
4.0 out of 5 stars A great book to escape into it.
Reviewed in Canada on April 15, 2018
Verified Purchase
Home: Interstellar is a well plotted a Sci-Fi with a strong heroine. Meriel was the victim of an attack when she was a child which led to her mother's death. Years later it still governs her thoughts and actions. Haunted by demons of the past and real dangers, her arc is full of conflict. The writing pulls you into the story but at times runs a bit too sparse to fully immerse the reader into the world that's being built. Still an entertaining read worth discovering. This author has a lot of potential!
Read more
Report abuse

Ramon
4.0 out of 5 stars Intriguing SF plot
Reviewed in Spain on May 10, 2016
Verified Purchase
The story is about the survivor of a starship pirate attack that, according to the authorities, has never happened, and where hidden powers will do their best to discredit her... or kill her.
Ray paints a grim picture of mankind, with an overcrowded Earth ruled by bureaucrats, humanity barely surviving in space in ships and overcrowded space stations where all the imaginable evil can take place, adding to the mix the greed of omnipotent corporations and religious fanatics. The plot is interesting and well written. If I do not give it 5 stars it's because I found the writing a little bit too distant, with few emotions. Even so, I recommend it to the lovers of space opera.
Read more
Report abuse

Sharon E. Leighton
5.0 out of 5 stars One Terrific Story
Reviewed in Canada on January 7, 2017
Verified Purchase
I normally do not read books about spaceships, having tired of that motif a decade ago. This story sounded interesting, and it turned out exactly that way. The lead character, Mariel, is a strong, wounded healer, a warrior with peaceful instincts, a dreamer who's been gaslighted into wondering if her dreams are delusions. Several of the secondary characters are strong and loveable. The plot develops at a good pace and maintains interest. The ending is one of the most satisfying I've read this year. And the theme is a theme for our time and knocks your socks off.
Read more
Report abuse

Kindle Customer
5.0 out of 5 stars Most Interesting
Reviewed in Australia on December 12, 2015
Verified Purchase
Very well crafted. Characters you can believe in and of course we all love to see Government and big corporations exposed as the power hungry grabbers they really are.
Read more
Report abuse

Kindle Customer
5.0 out of 5 stars Great Action Novel!
Reviewed in Canada on June 19, 2016
Verified Purchase
Lot's of Action and Adventure with a strong lead character who refuses to give in despite the attempts of Despots and Big Business to suppress her voice and need for the truth to be told.
Read more
Report abuse
See all reviews