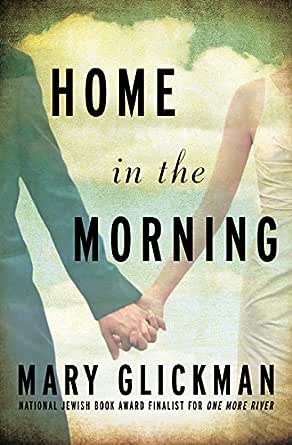 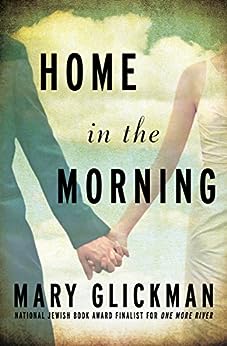 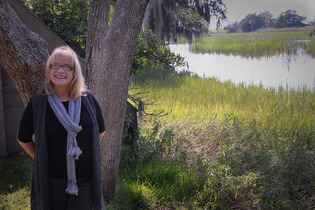 Home in the Morning Kindle Edition

Page 1 of 1 Start overPage 1 of 1
This shopping feature will continue to load items when the Enter key is pressed. In order to navigate out of this carousel please use your heading shortcut key to navigate to the next or previous heading.
Back
Next
Free Book Club Guide: Complement your reading of Home in the Morning with a free downloadable Book Club Guide.
Amazon Business : For business-only pricing, quantity discounts and FREE Shipping. Register a free business account

Jackson Sassaport: a white Jewish lawyer born and raised in Mississippi. Stella Godwin: his wife, also Jewish, from Boston. Katherine Marie: his black boyhood sweetheart. Li'l Bokay: his first friend, and later Katherine's husband. To say more about how these four central characters relate would be to spoil the experience of reading Mary Glickman's Home in the Morning. For its very structure—the intimate interweaving of character and story, the accomplished non-linear unraveling of the plot—provides the book's distinct charisma. Spanning the Civil Rights-era through the late 1990s, Home in the Morning deals in the personal politics of its time, of its place, and of love itself in generous detail that culminates in a memorable debut.

“Home in the Morning kept me home all morning and most of the afternoon as well, since I couldn’t stop reading it. This story of a nice Jewish boy from Mississippi and his struggles to forge an identity and find love during the early years of the civil rights movement was so vivid to me that I was startled to realize that half a century has passed since those traumatic days. Mary Glickman displays great skill in interweaving different decades and locales into a moving love story that is also an insightful exploration of the complexities and confusions that result from clashing cultural norms —northern and southern, black and white, male and female, Jewish and Christian, working class and ruling class. Anyone weary of the stereotypes that often pass for the history of that era will want to read this gripping novel.”
—Lisa Alther, bestselling author of Kinflicks

“It's not often that a first-time novelist introduces a world unknown. Home in the Morning sits at the nexus of southern Jews and shantytown Afro-Americans on the eve of desegregation. In the heat of that historic night, Mary Glickman traces one man's struggle with three women and a conscience—a treasury of tension and compassion.”
—Norman Lebrecht, author of Song of Names, Winner of the 2002 Whitbread Prize

Advance praise from readers:
“Like fine cloth, Mary Glickman weaves a delicate tale of four interwoven lives, from 1950s to 1990s Mississippi. As a Yankee Jew I have always found stories about growing up Jewish in the deep south fascinating. The relationships of Southern Jews and African Americans during the time of Freedom Fighters is also of great interest to me. The author’s photo-real descriptions brought these characters and situations to life for me, and I look forward to seeing a film made of this story. All four main players are fully formed, interesting, and leave me wanting more about their continuously, but often changing, relationships with each other.”
—Lisa Kalb Schaffer, freelance producer (Boston, MA)

“Home in the Morning is a remarkable, powerful tale of a Jewish family living in Mississippi. The main character, Jackson Sassaport, is portrayed with so much honesty, vulnerability, and strength that Mary Glickman invites you to know him intimately. Her style of writing is unique, as the book begins in the "present" and then takes you on a journey from childhood through maturity with all the political, familial, and social encounters along the way. The dialect embraces you—with the southern drawl you can hear it in your mind as you read each word...it immerses you. As the book progresses it moves to the North and she allows you to feel the political and social differences in an unassuming manner. The characters were developed beautifully. Very careful thought was put into depicting all the idiosyncrasies, nuances, and development of the situations, characters and their relationships. There is almost a virgin quality to the freshness of the writing.”
—Susan I. Levine, Manager, Quest Diagnostics (Boston, MA)

“Do you tell the truth to someone if you know it will hurt them or others, or do you bury it, where it haunts you, sometimes for the rest of your life but only you suffer the despair? This is one of the ethical issues Mary Glickman brings to life in her story set in our country's most troubled time, a time when ethical issues where the lens that filtered all conversations. Completely absorbing, Glickman weaves a story of strong characters, all human, all flawed, all caught in their own struggles. Once you pick it up, you will be caught in their lives until the truth sets you free.”
—Susan Hobart, Elementary School Teacher (Madison, WI)

Born on the south shore of Boston, Mary Glickman studied at the Université de Lyon and Boston University. While she was raised in a strict Irish-Polish Catholic family, from an early age Glickman felt an affinity toward Judaism and converted to the faith when she married. After living in Boston for twenty years, she and her husband traveled to South Carolina and discovered a love for all things Southern. Glickman now lives in Seabrook Island, South Carolina, with her husband, cat, and until recently, her beloved horse, King of Harts, of blessed memory. Home in the Morning is her first novel. Her second novel, One More River, was a 2011 Jewish Book Award Finalist in Fiction.

A powerful debut from a new literary talent, this novel tells the story of a Jewish family confronting the tumult of the 1960s—and the secrets that bind its members together.
--This text refers to the kindle_edition_av edition.
Read more