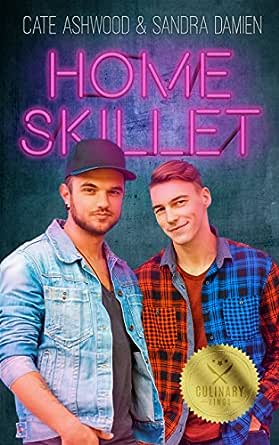 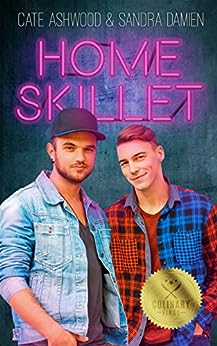 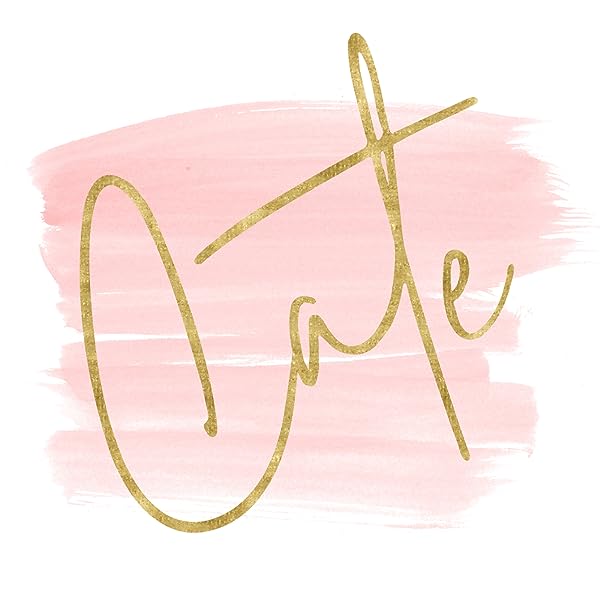 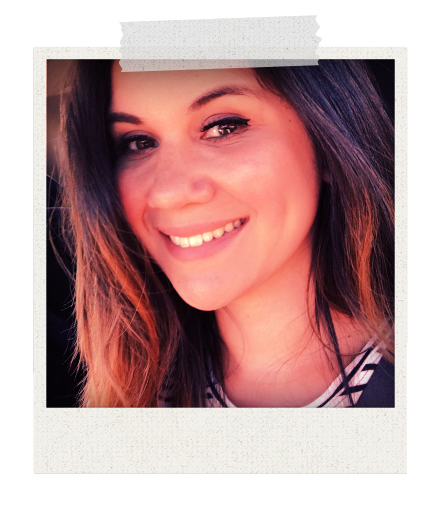 3.6 out of 5 stars
3.6 out of 5
69 customer ratings
How does Amazon calculate star ratings?
Amazon calculates a product’s star ratings based on a machine learned model instead of a raw data average. The model takes into account factors including the age of a rating, whether the ratings are from verified purchasers, and factors that establish reviewer trustworthiness.
Top Reviews

A-Con
4.0 out of 5 stars Made me hungry!
Reviewed in the United States on June 11, 2018
Verified Purchase
First time reading this genre. And I have to say it was a great read. One thing to be mindful of...man it made me hungry reading it. lol not the feeling I was expecting to come away from. lol
Very enjoyable!
Read more
Helpful
Comment Report abuse

HRC
3.0 out of 5 stars Didn’t enjoy the premise or the characters
Reviewed in the United States on May 31, 2018
Normally I really enjoy this author’s books, but this one just didn’t work for me. I’m not a fan of the overdone plot of the gay guy who is in love with his straight best friend, pining away for years. This book did a slight twist on that and instead of the straight best friend we had the best friend who wanted to pretend he was straight and in addition to that the two friends had had a sexual relationship before Jimmy dumped Ben to marry a woman who could help advance his ambitions. Jimmy then spent the next 5 years or so being a self absorbed workaholic who neglected all his friends and family and Ben spent those 5 years working a horrid job, secretly in love with Jimmy, who was so busy being a big shot that he rarely spent any time with Ben, not to mention condescendingly looking down on New Jersey where Ben lived and work and where Jimmy had grown up. When Ben offered to let Jimmy sleep on his couch after his marriage imploded, rather than being grateful, he acted like it was a fate worse than death to have to stay in Jersey. For most of the book, I didn’t really find either character likeable. Jimmy’s character flaws are obvious and Ben let himself be a doormat and then behaved badly because he had no backbone. Even though authors seem to be very fond of using the secret, unrequited love of a friend that goes on for years and sometimes even decades, in their books, I just don’t buy it. I can’t imagine a sane, mentally healthy person putting their lives on hold and pining over someone, they have absolutely no expectation of ever being with, for years. That’s getting awfully close to stalker territory without the physical stalking and a normal person would either get over their hopeless infatuation/love or if they were unable to do it with the person in their life, they would cut off contact and move on so they could have healthy, normal romantic relationship(s). Personally, I just don’t believe the average person is going to continue with their infatuation/love for years with no encouragement from the other person. The combination of characters I didn’t really like and a story set up that I rarely enjoy made this a hard book to get through. The last 50 pages or so picked up a bit and were definitely the best part of the story and I appreciated the epilogue, but it would have been nice to have an epilogue that showed whether their joint endeavor was successful or not. I absolutely loved everything about Cate Ashwood’s last book, Alaska, so I was disappointed that I didn’t love this book — this one was written with a co-author, so I don’t know if that is what made the difference. I will check out the next book in the series and hope that this one was just an aberration. The book was well written, so if you don’t share my dislike of the two main characters and the general premise of the story, then you’ll probably enjoy the book. I received an ARC in exchange for my unbiased review.
Read more
3 people found this helpful
Helpful
Comment Report abuse

brennanboys3
2.0 out of 5 stars I liked the idea of this book but the outcome didn’t ...
Reviewed in the United States on May 31, 2018
I liked the idea of this book but the outcome didn’t work for me. The entire story felt rushed. I never had a good grasp on either Jimmy or Ben. I thought Ben was a huge pushover. How did he stand by and watch Jimmy marry a woman when they had been messing around so long. He was even best man in his wedding! And Jimmy never thought of what he was doing to Ben. That entire fiasco was never brought up.
The book was supposed to be set in the 90’s but I wasn’t brought back to that time. There were references to things but they fell flat. I wanted to know I was in the 90’s and that, sadly, wasn’t really part of the overall story.
The theatrics with Jamie’s family were over the top and the story just ended too nicely and easily.
I also have to mention that I really hate this cover. Those guys don’t sell a story for me at all.
Read more
3 people found this helpful
Helpful
Comment Report abuse

meganissima
3.0 out of 5 stars Not enough depth in interactions, character development, or overall story. Nice read, but not great.
Reviewed in the United States on June 10, 2018
When the one you're still hopelessly in love with is the one that got away and they turns to you when their life is falling apart, what should you do? The logical answer is to set appropriate emotional boundaries and be there for them but to keep your distance. But I know of no one who would be logical in this instance. There's always that part of you that hopes that this time you'll be appreciated, this time they'll truly see, this time... And yet all the hoping in the world is just bound to get you more heartache and confusion.

Ben and Jimmy are in this terribly dysfunctional relationship that masquerades as friendship. Jimmy gave up more than just a best friend when he chose to live his life in Manhattan the way he had and almost to the very end of the story I found him utterly selfish. There's no nice way to call him a user and I'm sure so many people will read this story and see him as a scared man, an emotionally fragile man who just had his dreams of a future crushed and so he turns to the one person he could count on. What they're not seeing is that Jimmy has only ever been protective of was himself.

Yes, he had the horrible misfortune of having homophobic parents. My issue, though, isn't with his sexuality, coming out, or even his choice to marry a woman. My issue is that Jimmy uses Ben under the guise of teenage hormones and familiarity, uses Jenna for her connections and wealth, and uses Ben again when his life goes to shit. His patterns of behavior are disappointing and reprehensible. I also wished that he did more to convince Ben of his feelings, did a lot of groveling, and voiced his sudden realization. Ben may not have needed that, but I certainly did.

There is good to him. I do like that when he finally wises up and opens his eyes to everything he gave up when he dumped Ben he sees just how amazing Ben is and focuses on encouraging him, supporting him, and becomes unwilling to deny what they're building. His words to Ben at the end with his surprise were heartfelt and honest. I enjoy that he finally understands how essential Ben is to a happy, fulfilling life. He was lucky that the woman he married was Jenna because, while we have our doubts about her in the beginning, her strength and compassion later on showed us that he does actually have good taste in friends.

Ben was probably awesome. And I did like him quite a bit more than Jimmy. But most of the story shows him being a self-deprecating man in love with his former best friend and just can't get over it. I'm not shaming a decade-long unrequited love situation. I'm just expressing disappointment in Ben's choice to be a pushover. His choice to help his family instead of continue with school got him stuck in a rut that he couldn't see a way out of. He slowly sucked the life out of his own soul and the only good part of him is tied to the one man he should move on from. It's an unfortunate situation that ultimately ends well but is still sad to read before he gets his happiness.

So it's clear that I have some frustrations and disappointments with the characters. Truth. I also didn't really enjoy that the setting felt more like a place-holder and not really used to their advantage. The story was slow to move to anything really great between them and yet the entire thing felt rushed. Lots of surface stops and a whole heaping amount of angsty inner dialogue. The steam, however, once they got it on, was quite nice. I adored the proposal situation and thought it fit the men and the story. And even though my review seems terribly negative, which it kind of is, I didn't hate the book. I think this suffered from a slightly inattentive group of or individual proofreader that got caught up in what they hoped for the book rather than what was on the page.