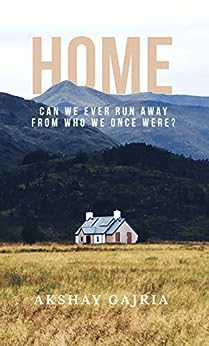 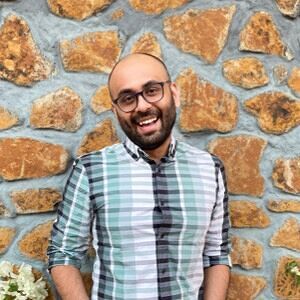 Home: Can we ever run away from who we once were? Kindle Edition

Ejeks
5.0 out of 5 stars Yes Indeed, How Do You Define Home?
Reviewed in the United States on April 9, 2021
Verified Purchase
I think Home is wherever you find yourself that makes you happy and comfortable. Now that’s my opinion whether you are walking the streets in the middle of a snow storm at 12 midnight. But reading Akshay Gajria’s book “Home” I see another way to look at the word “home”.

Part of that home needs people in it. People that are together as one; pulled by a common bond related to you or not.

Aside from the exciting mysteries and the superpowers, what stood out to me was the bond of family that translates into home. This is a kind of bond that we all need in our lives, in our homes. A place where you have to learn to deal with and accept all of our differences and the unwritten code to help those that are not as strong or are less fortunate than we are. Thank you very much Akshay!
Read more
Helpful
Report abuse

Shashank Adavi
5.0 out of 5 stars Let this book carry you like the wind
Reviewed in the United States on July 31, 2021
Verified Purchase
This was an amazing sci-fi short story especially with the twist right at the end. It was like the wind carrying us right into the finale. With the themes about home, family and the element of sci-fi, this was throughly a book I enjoyed reading!
Read more
Helpful
Report abuse
See all reviews

rmjones2003
5.0 out of 5 stars Worth a read. A good short story for Sunday afternoon.
Reviewed in the United Kingdom on April 4, 2021
Verified Purchase
Nice shirt read. Sat down with this for a Sunday afternoon and liked the adventure. Pity it was so short. And some names of the characters could be highlighted.
Read more
Report abuse

mayuri
5.0 out of 5 stars Too good!
Reviewed in India on March 22, 2021
Verified Purchase
The story is mind-blowing. The author, Akshay Gajria takes you through the events so seemlessly and you can literally visualise everything happening!
Read something out of the box after a long time. Go read it you will enjoy it for sure.
Read more

5.0 out of 5 stars Too good!
Reviewed in India on March 22, 2021
The story is mind-blowing. The author, Akshay Gajria takes you through the events so seemlessly and you can literally visualise everything happening!
Read something out of the box after a long time. Go read it you will enjoy it for sure.

Apeksha Mehta
5.0 out of 5 stars Loved it!
Reviewed in India on March 23, 2021
Verified Purchase
An amazing short story worth reading❤️
Read more

5.0 out of 5 stars Loved it!
Reviewed in India on March 23, 2021
An amazing short story worth reading❤️
Images in this review

Shruti
5.0 out of 5 stars Perfectly tiny tale
Reviewed in India on March 23, 2021
Verified Purchase
Get yourself a nice hot drink and settle down for twenty minutes of magical reading. The kind of short story that leaves you wanting more.
Read more
2 people found this helpful
Report abuse

Al
5.0 out of 5 stars So Good!
Reviewed in India on March 24, 2021
Verified Purchase
It’s such a well crafted story. I read it twice. It’s so so so good. And that end... woah! Highly recommended.
Read more
One person found this helpful
Report abuse
See all reviews
Back to top
Get to Know Us
Make Money with Us
Amazon Payment Products
Let Us Help You
EnglishChoose a language for shopping. United StatesChoose a country/region for shopping.
© 1996-2021, Amazon.com, Inc. or its affiliates