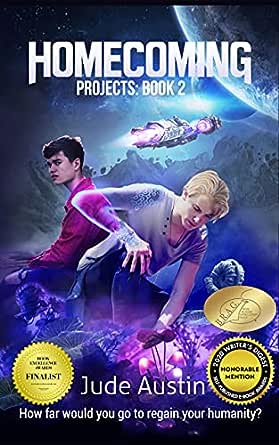 You've subscribed to Projects! We will preorder your items within 24 hours of when they become available. When new books are released, we'll charge your default payment method for the lowest price available during the pre-order period.
Update your device or payment method, cancel individual pre-orders or your subscription at
Your Memberships & Subscriptions
There was an error. We were unable to process your subscription due to an error. Please refresh and try again. 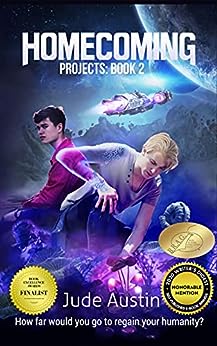 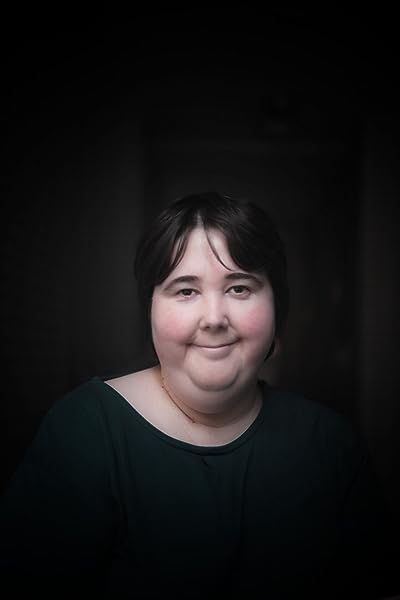 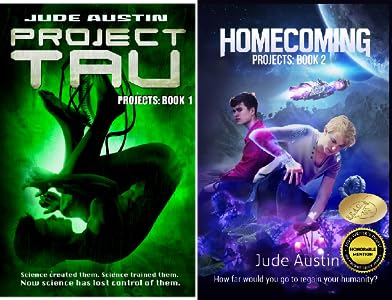 "The author's world-building skill and ability to create dramatic tension is highly commendable as it captures readers' attention quickly and effectively holds it. Overall, Homecoming  is is an exceptional piece of fiction with an extraordinary blend of adventure, science fiction, and complex topics such as rape, equality, mental health and more. Highly recommended!" - Book Excellence Awards

4.9 out of 5 stars
4.9 out of 5
42 global ratings
How are ratings calculated?
To calculate the overall star rating and percentage breakdown by star, we don’t use a simple average. Instead, our system considers things like how recent a review is and if the reviewer bought the item on Amazon. It also analyzes reviews to verify trustworthiness.
Top reviews

Chris Glasoe
5.0 out of 5 stars A Must-Read Sequel!
Reviewed in the United States on September 23, 2020
Verified Purchase
This sequel to Project Tau is just as great as the first book was! While this book centered more on the aftermath of Kata and Tau's escape from the Project Lab of Gentech, it was still as engaging as the last book. I enjoyed reading the character arcs as Kalin learned to be human again and Tau learned to become self-sufficient. I became emotionally invested in the characters and could feel Kata's desire to be free of people trying to exploit him and find peace. I loved the introduction of Alan Morgan into Kata's life as well and was my favorite part of the book; getting to see their interaction and Kata slowly learning to trust and open up to others again. I was a little disappointed with how Tau's arc ended in that we didn't get to see his reaction to everything that transpired or what his future plans are. But overall, I loved the book and really hope there is a Third one or a spin-off!
Read more
Helpful
Report abuse

ReaderDean
5.0 out of 5 stars A well-written second installment
Reviewed in the United States on May 26, 2020
This is book 2 in the Projects series, after Project Tau. It continues the story of Proects Kata and Tau as the attempt to make good rher escape from the GenTech corporation laboratory. They find themselves on the planet Atthiras, running for their lives.
In Homecoming, author Austin continues her examination of what it means to be human. Can a cloned human be a person, with all the rights associated, or is the clone merely property that can be bought, sold, and even killed at a whim?
This book is one of the best I’ve read recently. The plot is excellent, both in complexity and pacing. Characters are well-defined and believable. The book is well written and well edited. There is only one possible issue: the narrative is rife with profanity, obscenity, and vulgarity, even to the point of sometimes feeling gratuitous. If you are bothered by coarse language, this book is not for you. Otherwise, I highly recommend it.
Read more
3 people found this helpful
Helpful
Report abuse

Deborah Veader
5.0 out of 5 stars Great sequel to the first book Project Tau!
Reviewed in the United States on May 5, 2020
After escaping the cloning laboratory with Project Tau, Kalin returns to his home planet of Trandellia. All he wants to do is go home and live in peace, and to take Tau with him. But it is not that easy. He is supposed to be dead and has to prove that he is human and not a Project.

Kalin (Project Kata) now possesses many incredible abilities. He has fierce and deadly claws, chameleon technology (invisibility), and the ability to run extremely fast. Because of all the extensive modifications that have been done to Kalin , the Trandellian government wants him for their very own super-soldier. They threaten to send Tau back to GenTech’s cloning lab unless Kalin follows their orders. Project Tau does not want to go back to his owners who have tortured and abused him for the past two years.

I really liked that this book featured Tau more than in the first book. He becomes more and more “human,” and I fell in love with his character. He is so childlike and inquisitive.

The writer exhibits a genuine writing style that is so easy to read, and it was hard to put the book down. I am not quite sure if there will be more to this series. The book ended in a way that you think it will continue, but also has a definite ending. I will definitely be on the lookout for more books from this gifted author.
Read more
2 people found this helpful
Helpful
Report abuse

Brianna Griffin
5.0 out of 5 stars An exceptional read!
Reviewed in the United States on September 16, 2020
After Project Tau and Project Kata (Kalin Taylor) escape from GenTech, Kata wants to travel to his hometown in order to start a new life with Tau. However, they get into some deep trouble as they stop at Sedna. As Kata is getting supplies, he is attacked by some powerful people who want to use him for their own personal agendas. Fortunately, Kata gets what he needs out of the deal. He and Tau make it to Trandellia. Subsequently, Kata finds himself into more trouble, dragging Tau down with him. Since GenTech sees Kata as a project, and a thief, both Kata and Tau have a line of enemies that are hunting them down. They run into more obstacles and experience more pain on their journey, especially when they get separated. Just how far will Kata go in order to get his best friend back?

I rated “Homecoming” by Jude Austin a score of 5 out of 5 stars because the author really knows how to reel her readers in. The fast-paced action, uniqueness of the story, and the vivid descriptions of the characters were so fantastic. The second book is more insightful, which makes it better than “Project Tau”. Like the first book, there are inappropriate scenes, such as torture, violence, and implicit sex (i.e., rape). The recommended audience would be mature readers who do not get easily offended or repulsed.
Read more
Helpful
Report abuse

HisPoiema
5.0 out of 5 stars Thoroughly Enjoyed !
Reviewed in the United States on June 6, 2020
This book is part 2 in a series and it did not disappoint. Smooth reading that was both heartfelt and humorous at times. I love seeing Tau's (a clone born in a lab) further growth in learning about the world outside the lab as well as learning how to trust people, which people to trust, and communicating effectively with them. It also continued the growing friendship with his friend Kata (legally a clone but technically fully human) and learning to trust him in all aspects of his life while both were on the run from bounty hunters.
You do not need to read the first book to understand this one, however, it is highly recommended!
I give this book 5 out of 5 stars for the heartfelt story and no typos or grammar mistakes that I could find.
Read more
Helpful
Report abuse

Lord Zord
4.0 out of 5 stars Entertaining Read
Reviewed in the United States on May 13, 2020
Homecoming by Jude Austin is the second book in the Projects Series and the sequel to Project Tau. Kata and Tau have escaped GenTech and are searching for a new home, but their search turns out to be much more difficult than anticipated.

I liked this book better than the first book in the series. Part of that is because the reader gets to see so much more of the future world that Austin has built. Also seeing Tau out of the lab and trying to adapt to the outside world was really interesting. This book continues the address the ethics of cloning human beings and how those clones would be defined. I highly recommend this book.
Read more
Helpful
Report abuse
See all reviews