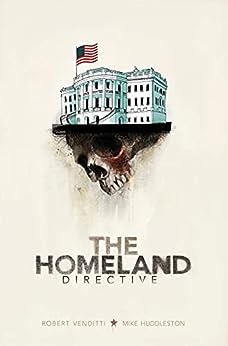 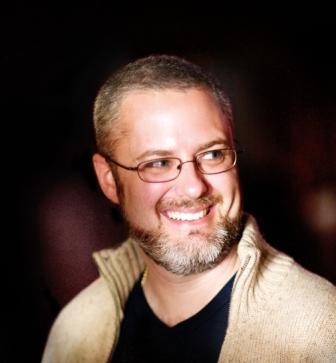 by Robert Venditti (Author), Mike Huddleston (Artist) Format: Kindle Edition
Book 1 of 1: The Homeland Directive
See all formats and editions
Sorry, there was a problem loading this page. Try again.
Dr. Laura Regan is one of the world's foremost authorities on viral and bacteriological study. Having dedicated her career to halting the spread of infectious disease, she has always considered herself one of the good guys. But when her research partner is murdered and Laura is blamed for the crime, she finds herself at the heart of a vast and deadly conspiracy. Laura must evade law enforcement, mercenaries, and a team of cyber-detectives who know more about her life than she does - all while trying to expose a sinister plot that will impact the lives of every American.
Read more
Previous page
Next page
Kindle e-Readers
Fire Tablets
Free Kindle Reading Apps
Available on these devices 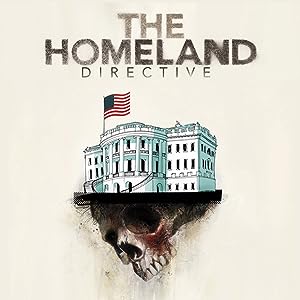 Robert Venditti is the New York Times best-selling author of The Homeland Directive and the sci-fi graphic novel The Surrogates, which was adapted into a feature film. He has written the monthly comic book series X-O Manowar and Wrath of the Eternal Warrior for Valiant Entertainment, and Green Lantern and The Flash for DC. He currently writes Hal Jordan and the Green Lantern Corps, as well as the children's novel series Miles Taylor and the Golden Cape. --This text refers to the paperback edition.

Robert Venditti is a New York Times best-selling author whose characters and concepts have been adapted to film and television. He has written the monthly comic book series "Justice League", "Green Lantern", and "The Flash" for DC Comics, "X-O Manowar" and "Wrath of the Eternal Warrior" for Valiant Entertainment, and the children's novel series "Miles Taylor and the Golden Cape" for Simon &amp; Schuster. His nonfiction graphic novel "Six Days" is inspired by the story of his uncle’s participation in D-Day.

deenydude
4.0 out of 5 stars A very enjoyable read
Reviewed in the United States 🇺🇸 on August 16, 2020
Verified Purchase
Super solid read. The artwork by Huddleston was amazing, and it was a very interesting story. Nothing mind blowing, but a solid enough political thriller with enough action, intrigue and mystery to keep me going. I'd definitely recommend it.
Read more
Helpful
Report abuse

Laszlo
5.0 out of 5 stars Another terrific book from Robert Venditti
Reviewed in the United States 🇺🇸 on August 17, 2011
Verified Purchase
"The Homeland Directive" ia another great book by Venditti. His story is rock solid and all too possible of happening in the distant future (similarly to his incredible debut, "The Surrogates"). He continues to give us stories that make one contemplate the future and wonder where we will in fact venture as a society.

The best way to describe the story is to refer to it as an unofficial prequel to "V for Vendetta" (although it takes place in the US of A). I couldn't put it down, and I dearly hope he returns to this universe that's filled with politicians who think they are doing the right thing, and those few government employees who will fight them at the risk of their careers and lives.
The art is also magnificent. Huddleston does a beautiful job changing the style and brush work throughout the book, using a limited color palette to give the art dynamism that matches the fast pace of the script.

Another compelling read from Robert Venditti.
Can't wait for the next one from him.
Read more
2 people found this helpful
Helpful
Report abuse

baby nightsoil
5.0 out of 5 stars The touch, the thrill of money
Reviewed in the United States 🇺🇸 on November 27, 2013
Verified Purchase
When I heard Rob Venditti was taking over Green Lantern for Geoff Johns, I started to investigate his back catalog. While the Surrogates books were okay, The Homeland Directive made me a fan. Both Surrogates and the Homeland Directive are dystopian political thrillers, making Venditti a good candidate to take over Green Lantern. What makes the Homeland Directive special is how close to home it cuts. I think anyone harboring any suspicion against the powers that be in the US will enjoy this book whether Tea Party, socialist, libertarian, environmentalist, or mild cynic.

The art is very different from the house styles of Marvel or DC. It's a little wild.
Read more
One person found this helpful
Helpful
Report abuse

Amazon Customer
5.0 out of 5 stars Love it
Reviewed in the United States 🇺🇸 on August 7, 2013
Verified Purchase
I love this book. I checked it out at the library and read it, so I decided to buy it for my friend who's moving out of the country for college. The shipping was fast and convenient.
Read more
Helpful
Report abuse

M. Thomas
5.0 out of 5 stars This should be a movie
Reviewed in the United States 🇺🇸 on August 16, 2013
Verified Purchase
No plot spoilers here.
With all the intrigue and government leaks, this book as a movie would be a hit right now.
Read more
Helpful
Report abuse

Xianggangadin
5.0 out of 5 stars very relevant to covid times.
Reviewed in the United States 🇺🇸 on April 10, 2022
Superb art and artful storytelling. One of the best in my opinion ,I loved it from whoa to go. Excellent.
Read more
Helpful
Report abuse
See all reviews

Wasistini Baitoningsih
4.0 out of 5 stars Nice action comic
Reviewed in Germany 🇩🇪 on April 22, 2017
Verified Purchase
It's a nice action story with conspiracy as a seasoning. It's very entertaining. However the drawings are sketchy like, so it's difficult for me to distuingish each character especially I read it on Kindle that has black and white color only.
Read more
Report abuse