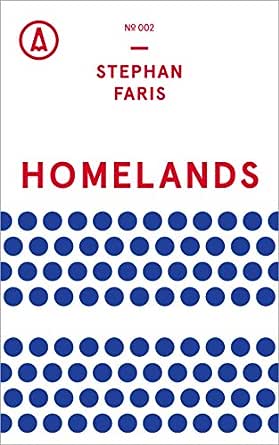 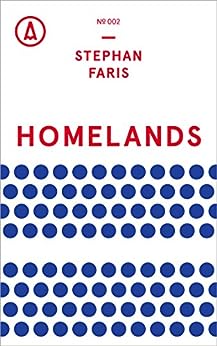 4.3 out of 5 stars
4.3 out of 5
12 customer ratings
How does Amazon calculate star ratings?
Amazon calculates a product’s star ratings based on a machine learned model instead of a raw data average. The model takes into account factors including the age of a rating, whether the ratings are from verified purchasers, and factors that establish reviewer trustworthiness.
Top reviews

Fani
3.0 out of 5 stars Not convincing but worth reading
Reviewed in the United States on February 5, 2015
Verified Purchase
Decent but flawed perspective on immigration. Essentially, controlled legal immigration is good but unchecked illegal immigration is actually not good IMO.
His examples with Romania and Germany were not convincing. Conditions are far diff between the two. We have a pseudo open border with Canada but there's no unchecked immigration from there. It seems to be mainly tunnels from south of the border.
I think we could definitely ease the procedure a bit for Mexicans looking for work here and incentivize legal immigration for them rather than illegally.

However, it is more complex than what he presents. Govt, culture, societal conditions make huge factors here. People being unhappy in Mexico or elsewhere and wanting to come here are actually those govt's problems. Not ours (unless you're talking genocide or asylum). Those govts have failed to provide adequately for citizens like Patience.

The author argued for open borders yet employed a security guard to guard his house while in Nigeria. I think he doesn't see the inherent irony in that.

Still, I do understand that the process is more complex but it wasn't born that way. It evolved over time due to the various cases and events like 9/11 that occurred and molded the current immigration policies.
I have seen lots of legal immigrants easily become citizens and the process works properly if you cooperate with it.
Sure there are improvements that can be made but it goes for both sides.
Read more
Helpful
Comment Report abuse

Book person
5.0 out of 5 stars Powerful Writing; Highly recommeded
Reviewed in the United States on August 31, 2014
Verified Purchase
Stephan Faris is a wonderful writer. He brings the issue of immigration into full focus by blending historical facts and information with personal stories and anecdotes. His easy style helped me understand a very complicated subject and, using Faris' work as a springboard, I plan to learn much more about immigration and the politics surrounding it. The fact that Faris could incorporate so much substance into a relatively short work is a true indication of his talent. I hope he will continue to write about immigration and other subjects as well.
Read more
Helpful
Comment Report abuse

Daniel
4.0 out of 5 stars Conversational introduction to the moral case for open borders
Reviewed in the United States on December 6, 2014
Verified Purchase
Readable and forthright, with engaging case studies. Studded with sharp, jarring passages that capture the urgency and moral force of the case for change.
Read more
Helpful
Comment Report abuse

Tungsten Hippo
5.0 out of 5 stars Thought-provoking look at the morality of borders
Reviewed in the United States on April 29, 2015
This is a well-written and thought-provoking short book. The author's own experiences and the specific stories he highlights serve to prevent the reader from sweeping his thesis away as unrealistic. The book forces you to think about the arbitrary nature of our current system of nation-states, and encourages you to think about what other options might exist. As other reviewers have noted, the book does not delve into detailed policy options to achieve open borders, but I do not think that is the purpose of the book. It does not try to be the full conversation about immigration. Instead, it serves as an opening to a larger discussion, but one that does a good job of jarring us out of the assumptions those of us in the wealthier nations have about what is right, what is fair, and what is possible. Whatever you end up thinking about borders and immigration policy, I think you need to grapple with the moral questions this book raises.
Read more
One person found this helpful
Helpful
Comment Report abuse

Amazon Customer
5.0 out of 5 stars This piece is beautifully written, gripping
Reviewed in the United States on August 10, 2014
This piece is beautifully written, gripping, and clearly details a very timely issue, that of immigration and the politics and policy behind the various humanitarian crisis we're seeing throughout the world right now, especially in Italy at Lampedusa, with West African migrants.

Stephan Faris makes a very compelling case for proposing unrestricted immigration as an alternative to the rather arbitrary "luck of the draw" aspects of granting citizenship and residency to foreigners, and how people in search of a better life are often impossibly crippled in their pursuit, by politics and mindsets that are far from humane.

The international scope of the reporting here is impressive, and the background information that helps to carry the story forward serves to truly educate the reader about this very important issue. But most of all, Homelands gives this issue a very human face. I finished this piece not only feeling informed, but inspired to learn more and do more. Really powerful journalism here.
Read more
4 people found this helpful
Helpful
Comment Report abuse
See all reviews from the United States