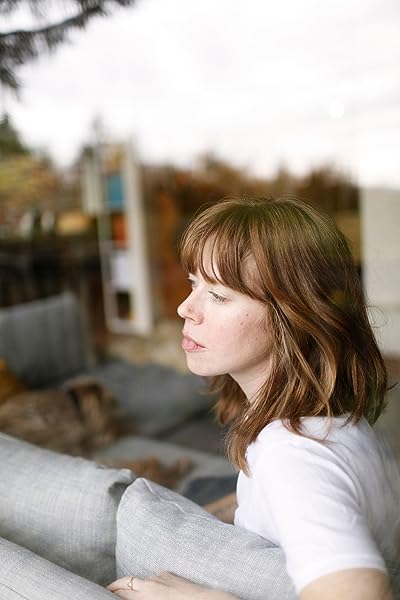 A Homemade Life: Stories and Recipes from My Kitchen Table Paperback – Illustrated, March 23, 2010

When Molly Wizenberg's father died of cancer, everyone told her to go easy on herself, to hold off on making any major decisions for a while. But when she tried going back to her apartment in Seattle and returning to graduate school, she knew it wasn't possible to resume life as though nothing had happened. So she went to Paris, a city that held vivid memories of a childhood trip with her father, of early morning walks on the cobbled streets of the Latin Quarter and the taste of her first pain au chocolat. She was supposed to be doing research for her dissertation, but more often, she found herself peering through the windows of chocolate shops, trekking across town to try a new pâtisserie, or tasting cheeses at outdoor markets, until one evening when she sat in the Luxembourg Gardens reading cookbooks until it was too dark to see, she realized that her heart was not in her studies but in the kitchen.

At first, it wasn't clear where this epiphany might lead. Like her long letters home describing the details of every meal and market, Molly's blog Orangette started out merely as a pleasant pastime. But it wasn't long before her writing and recipes developed an international following. Every week, devoted readers logged on to find out what Molly was cooking, eating, reading, and thinking, and it seemed she had finally found her passion. But the story wasn't over: one reader in particular, a curly-haired, food-loving composer from New York, found himself enchanted by the redhead in Seattle, and their email correspondence blossomed into a long-distance romance.

In A Homemade Life: Stories and Recipes from My Kitchen Table, Molly Wizenberg recounts a life with the kitchen at its center. From her mother's pound cake, a staple of summer picnics during her childhood in Oklahoma, to the eggs she cooked for her father during the weeks before his death, food and memories are intimately entwined. You won't be able to decide whether to curl up and sink into the story or to head straight to the market to fill your basket with ingredients for Cider-Glazed Salmon and Pistachio Cake with Honeyed Apricots.

Explore the reading group guide for A Homemade Life.

A Conversation with Author Molly Wizenberg 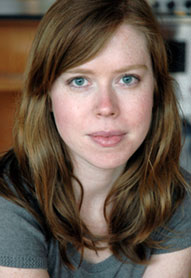 Q: Can you tell us a bit about your life since publishing A Homemade Life? Have there been any special projects, meals, or recipes? Does Seattle still feel like home for both you and Brandon?

A: It's been busy around here, to say the least! In August of 2009, Brandon and I opened a restaurant. It's called Delancey, and it's in the Ballard neighborhood of Seattle. It's a Brooklynstyle wood-fired pizzeria, inspired by all the great pies that Brandon grew up eating in New York and New Jersey. A restaurant is probably the last thing that anyone expected of us, given that Brandon is a musician by training, and that I've written quite a bit about how much I dislike (!) working in a restaurant kitchen, but what can you do? He makes a killer pizza. I'm so proud of him.

Q: Do you still enjoy writing your blog, Orangette? Has it changed since you began it in 2004?

A: I love writing for the blog. Probably more than ever, actually. The blog is where I can be the most spontaneous in my writing, where I can really play. It's also an incredible community. I'm continually blown away by the conversations that crop up in comments, by the people that I've met, by the way it has completely reshaped my life over the past six years. It sounds cheesy, but I mean every word.

Q: At your book events or through your blog, do readers ever share their own food stories with you? Does one of these stand out in particular?

A: Absolutely. Talking with readers and hearing their stories has been my favorite part of book events. When I write, I feel as though I'm having a conversation with my readers--only, the thing is, I never actually get to see their faces or hear their voices. Book events give me that chance, and I'm so grateful for it. The fact that food gives us a common ground to meet on, that it gives us something to share--that's what it's all about. Now I'm really sounding cheesy.

Q: Does Paris continue to be a special place for you? Have you been back since the publication of your book?

A: Paris will always be a special place for me. I haven't been back since the book came out--this year was so busy!--but Brandon and I are hoping to steal away for a trip sometime in 2010. I miss it.

Q: List three items that are in your refrigerator right now, and what significance they have for you.

A: Peanut butter--it's not glamorous, but I could eat it every day. I'm pretty sure my body is at least 75 percent peanut butter.

Maple syrup--this particular jug of syrup was given to me by one of my readers. It came from her trees in upstate New York, and it's fantastic. I don't think there could possibly be a better present than maple syrup from your very own trees.

Apples from the farmers' market--one of the best parts of living in Washington! There's one stand in particular that has lots of heirloom apples, and they have the best names. Right now, I've got a couple of Black Twigs, one Gold Rush, and a couple of Waltanas.

Q: In A Homemade Life you write about both of your parents, but there seem to be more stories about your father and his outsized personality. Is there a reason for this?

Q: Has your relationship with your mother changed in the years since the death of your father?

A: We were always close, and we still are. But we've become more intentional about spending time together. It's not easy, since we live far apart, but every year, the two of us go away together, just for a few days, and do lots of eating and drinking and catching up.

Q: From potato salad to Christmas cookies to Hoosier Pie, in the book you describe many recipes that are traditions in your family. Have you and Brandon created any new traditional recipes?

A: We 're still pretty fixated on Hoosier Pie, to tell you the truth! Old traditions die hard--or however the saying goes. But we're making new ones, too. Slowly but surely I've taken to making the same chocolate layer cake for our birthdays every year, and I get irrationally excited about it. I'm still working on the frosting, though. Maybe this will be my lucky year.

Q: What is your opinion of the slow food movement in this country? Do you believe it is on the rise? How do you think the current economy has or will affect it?

A: Anything that encourages people to eat more real food and less processed food, to find pleasure in cooking and sharing food, is a great thing.

Q: What are you working on now? Do you have plans to write another book?

A: Well, I'm into my third year of writing a monthly column for Bon Appétit and my sixth year at Orangette, both of which keep me busy! I'm also the de facto manager / wineglass polisher / baseboard scrubber / errand runner / CFO of Delancey, and that keeps me even busier. (Or crazier, depending on your point of view.) But I do want to write another book, and getting a start on that is my goal for 2010. Fingers crossed.

Molly Wizenberg, winner of the 2015 James Beard Foundation Award, is the voice behind Orangette, named the best food blog in the world by the London Times. Her first book, A Homemade Life: Stories and Recipes from My Kitchen Table, was a New York Times bestseller, and her work has appeared in Bon Appétit, The Washington Post, The Art of Eating, and The Guardian, and on Saveur.com and Gourmet.com. She also cohosts the hit podcast Spilled Milk. She lives in Seattle with her husband Brandon Pettit, their daughter June, and two dogs named Jack and Alice. She and Brandon own and run the restaurants Delancey and Essex.

Page 1 of 1 Start overPage 1 of 1
This shopping feature will continue to load items when the Enter key is pressed. In order to navigate out of this carousel please use your heading shortcut key to navigate to the next or previous heading.
Back
Next
Pages with related products. See and discover other items: food memoir, dogs food recipes, my recipes, writing a blog, story of life