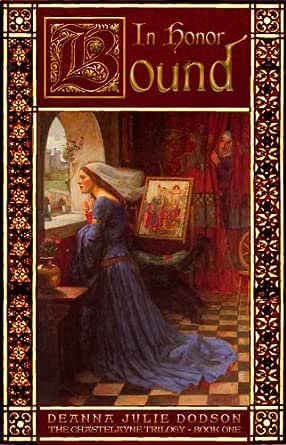 You've subscribed to The Chastelayne Trilogy! We will preorder your items within 24 hours of when they become available. When new books are released, we'll charge your default payment method for the lowest price available during the pre-order period.
Update your device or payment method, cancel individual pre-orders or your subscription at
Your Memberships & Subscriptions
There was an error. We were unable to process your subscription due to an error. Please refresh and try again. 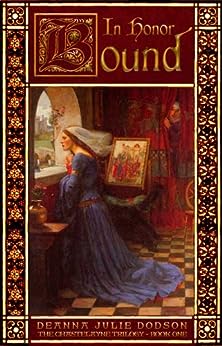 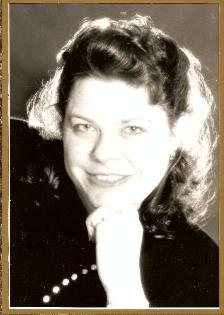 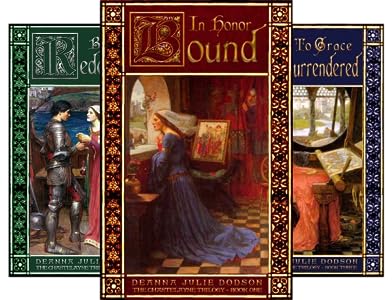 4.3 out of 5 stars
4.3 out of 5
80 customer ratings
How does Amazon calculate star ratings?
Amazon calculates a product’s star ratings based on a machine learned model instead of a raw data average. The model takes into account factors including the age of a rating, whether the ratings are from verified purchasers, and factors that establish reviewer trustworthiness.
Top Reviews

J. Marts
4.0 out of 5 stars Very Good Christian Historical Fiction
Reviewed in the United States on June 23, 2018
Verified Purchase
This is a very good Christian historical fiction.
3.5 stars, as much of it is predicable and there are some issues I have (pointed out in my review). The story was good though, and the sequnce of events was written extremely well, so I've given this 4 stars.

The biggest thing I took from this is that fully opening ourselves to God through prayer and trust allows us to hear his voice within and around us.

There are four Chastelayne brothers: Richard, Philip, Thomas, and John. Richard, as heir, is promised to Margaret of Westered (the eldest daughter) and it's obvious that Philip and Margaret's sister Rosalynde will end up together.
But of course, there's a lot going on before then.

Tom is utterly hilarious and my favorite of the brothers. I feel like he has more honor and faith than Philip, though Philip's integrity really is more solid. He didn't even have sex with Katherine, a serving girl who he fell in love with, until he was secretly married to her.
Tom's faith though is strong.
~ Pious and dull? Those two are not synonymous.
~ His devotion to God helps pull Philip through, and I'm sure it helps strengthen the Chastelayne forces later on.
~ His words on love, patience, and forgiveness are very, very strong. I took a lot from him alone.
He is just a voice of reason, even in dire moments.

I love that the four brothers are able to jest together, even amid Margaret and Rosalynde. It's real and fun to read.
Within a year, Margaret and Richard are married. Unfortunately, the Chastelayne father, Robert, reneges on a few promises and becomes king. Robert gives Philip until an upcoming spring to at least be betrothed. This is one of the first issues that cause the two to become estranged.

It also boggles me that Rosalynde thinks Philip is "hers" even after more than four years pass. This is even true after Margaret runs to Philip's cousin Stephen of Ellenshaw. Still, Richard is determined to keep the Westered favor, so Philip and Rosalynde do marry. Unfortuately, John's death has left Philip emotionally shattered, and Rosalynde bears the brunt of his depression. He wills himself to not fall in love with her, but of course he does.
Richard becomes freaking creepy around Rosalynde and I'm glad he dies before my fears were confirmed.

Rosalynde loves Philip and prays constantly for him. Her faith is akin to Saint Monica's regarding her son Augustine. I don't know if that's where Dodson was going with that, but it's what I took out of it.
Read more
Helpful
Comment Report abuse

L. Braun
4.0 out of 5 stars Review of the reviews plus my own take on the story
Reviewed in the United States on March 6, 2015
Verified Purchase
Possible spoilers ahead. I'm one of those people who likes to read the negative reviews first. I want to know what others hated about a book, so I'm either pleasantly surprised or nodding my head in agreement. The one-star reviewer only skimmed because the book was boring. Though I won't argue that the reviewer may have been bored, I was drawn into the story from the start. The two-star reviewer said the book was depressing. No problem. I can handle depressing. I read Dostoevsky. (Sadly, though, if I had been looking for depressing, I would have been disappointed. I didn't find the story at all depressing.)

This is your classic "hurt and heal" story. The author hurts the protagonist horribly, so healing can come about through the power of love. Another reviewer objected to the formula, but that's just how these stories are written. Take it or leave it.

One of my favorite reviews gave the story three stars because of Rosalynde's eye-rolling "swift protestations of unfailing undying love" and Phillip's prolonged self-loathing. Yep and yep. But neither made me roll my eyes. Rosalynde has to realize she's been idolizing a man she doesn't really know. I love that aspect of the story because it's so often overlooked in modern romance. And yes, I do agree Phillip's rejection of Rosalynde might have been just a little too prolonged. I could easily accept his anguish over the loss of his Kate. I'd have felt the same in his place. But I also felt he carried his stubborn loyalty to Kate beyond the point where even Kate would have approved. What woman wants the man she loves miserable for the rest of his life in memory of her? I think Kate would have told Phillip to get on with his life and love his new wife much sooner than he accepts it himself.

Now for my own objections. I appreciate a well-rounded antagonist, and King Robert is excellent. Cruel, ambitious, and yet sympathetic and not entirely heartless. Prince Stephen, on the other hand, doesn't ring true. It seems to me, in her efforts to make him completely bad, the author bases him off one of those pagan kings in the Bible who belittles the God of Israel. But this story takes place in a Christian country. Stephen talking like a pagan king doesn't fit. It would have made more sense if he'd said something like, "Let's see whose side God is really on, Phillip! The rightful heir's or the son of a usurper!" Because that's what Phillip is. Despite Stephen's villainy, he is the son of the true king. Duke Robert stole the throne, and Phillip shouldn't have it at all. To her credit, the author does address this and works it out in a fair manner. I just don't like how she makes Stephen so thoroughly bad to ensure the reader supports Phillip.

I saw the deus ex machina ending coming from a mile off. While the turn of events might be easily explained from a human perspective and thus not entirely unbelievable, I'm not sure how I feel about writing God as a character in a story. And then the damsel in distress moment at the end. I'm sorry, but that just makes an otherwise good character look careless and stupid. This isn't a Disney movie. Phillip is a warrior. He's already killed any number of people on the battlefield. Give him the dignity of killing his rival outright.

Those were pretty much my only objections. I liked the story. I could see myself getting caught up in it again if I ever accidentally opened the book and started reading, and I wouldn't mind reading the sequels.
Read more
3 people found this helpful
Helpful
Comment Report abuse

garfsgirl
5.0 out of 5 stars emotionally draining but worth it
Reviewed in the United States on January 23, 2013
Verified Purchase
I read the last book of this trilogy first To Grace Surrendered (The Chastelayne Trilogy) when I stumbled upon it at my local library. Philip's and Rosalynde's relationship was so loving and strong in that book so I wanted to read how it all started for them. I really enjoyed this story, it was hard to put down but it was also emotionally draining. I thought the author did a good job of portraying Philip's grief over Kate's death but it was so hard to see what he put Rosalynde through. It seemed like their relationship kept taking "one step forward-two steps backward." He was so cold and cruel at times, so determined to keep his vow to Kate that he would never love another. Rosalynde had the patience, faith, and love of a saint to deal with him. He was so hot and cold to her and put her through so much! Eventually, Philip realizes that he can't do everything on his own (dealing with Kate's death, loss of family members, defending his kingdom) and that God is the only One who can help him. I highly recommend this book but it is not a light read so be prepared!
Read more
4 people found this helpful
Helpful
Comment Report abuse
See all reviews from the United States