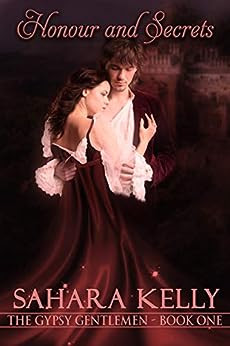 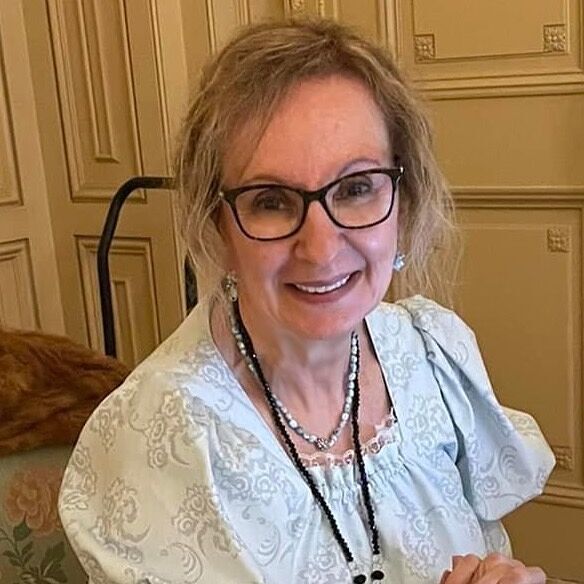 by Sahara Kelly (Author) Format: Kindle Edition
Book 1 of 3: The Gypsy Gentlemen
See all formats and editions
Sorry, there was a problem loading this page. Try again.
“One simply has not experienced pleasure until a Gypsy Gentleman has shared one’s bed.” An Anonymous London hostess, Carlton House, 1815

Six men, united by war, form a friendship bonded by mutual respect and affection. Tired of fighting, they travel to England, cutting a swath through London’s Society with their music, their good looks and their outrageous sensuality. Each man is possessed of secrets better kept hidden, but together they are a force for good - and a delightful danger to the women who adore them.

Hungarian Viktor Karoly is the ideal “Gypsy”. Dark, handsome and musically gifted, Viktor is growing tired of their London evenings, and accepts an invitation to visit Lord Eventyde’s country home. What he finds there? Something magical that casts a spell over both himself and the nymph dancing to the sound of his violin.

Pyotr Josef is not in the least troubled to be on his own, misdirecting villains and leading them on a chase to nowhere in the English countryside. He is, however, considerably troubled when a body falls on him from a tree and he discovers to his utter astonishment that it is that of a young woman. And one he knows all too well. His secrets are secrets no more, and although the danger to his person is in the past, the danger to his heart has just begun…

Limited-Time Offer
3 Months FREE of Audible Premium Plus. Get this deal
All 3 for you in this series See full series

Are you following Sahara here at Amazon?*Click her name and never miss a new release*Find out when pre-orders are available*Check to see if any of her books are on saleYou can also learn more about Sahara here:*Website: Saharakelly.com*Facebook: Facebook.com/SaharaKellyBooks*Twitter.com/WriterSaharaK

Sahara Kelly was born and raised in England, enjoying all the benefits of living less than twenty miles from Jane Austen's home in Chawton, Hampshire. So it's no surprise her first love was reading and her second - writing. It wasn't long before that first book appeared and when it was accepted, Sahara knew she'd found her heart's delight.

Of course, life intervened, and nearly twenty years of marriage and motherhood passed before she got back to the business of words and stories. The digital revolution had begun and now there was a new wrinkle for writers... eBooks. Genres flew from her keyboard and at present there are over sixty novels out there with her name on them someplace.

Some time ago, Sahara joined the ranks of her peers who were stepping away from traditional ePublishers and into the fresh sunlight of self-publishing. She has rediscovered her bliss, finding freedom to write the stories she wants, the way she wants. She does her own cover art, and it has now been more than a decade since the release of her first three independently published novellas - contemporary romances touched by the Victorian ambience of Steampunk! Since then, many more stories have followed and her Risqué Regencies have become best-sellers, entertaining readers who enjoy British historical romances set in that time period. Please follow Sahara here at Amazon to keep up to date with the excitement yet to come!

BookLvrKat
4.0 out of 5 stars *sigh* Gypsy Love
Reviewed in the United States 🇺🇸 on October 8, 2016
Verified Purchase
*sigh* How can you go wrong with stories of Gypsy Men. This first book in the series is of Viktor, and his magical violin & Peyotr with his past secrets. And how I wish time travel was up and working already! The women are strong but wronged in their young lives and these men are of a mind to take care of those slights.

A fan of the author, I couldn't help but pick up this series knowing that her re-release of something older in her repertoire (well that's a word isn't it) was not going to disappoint. You get all the good romance, the quirky humor of the author and all the descriptive story-telling you expect in a great read.

Easy on the reading time, oh-so-shivery on the romance and gypsy love, this story does not disapoint for the first & second in the series.
Read more
Helpful
Report abuse

Carrie
5.0 out of 5 stars 4.5 Stars
Reviewed in the United States 🇺🇸 on September 22, 2016
Verified Purchase
I didn't have the chance to read The Gypsy Lovers when it was originally published so I wasn't sure what to expect with this book. As it turned out, I loved it as I would expect from any Sahara Kelly novel. That said, this is an unusual setup for a book. Instead of one cohesive story, it is basically two short stories. They overlap some and it certainly makes sense to read them together but that was certainly a pleasant surprise.
I really liked Viktor and Pyotr. The hints at their joint history are intriguing and I am looking forward to the next book in the series. I enjoyed reading about these wild wonderful men as they found and settled into wedded bliss. I can't wait to read more about this band of gypsy gentlemen!
Read more
4 people found this helpful
Helpful
Report abuse

Kindle Customer
4.0 out of 5 stars Hinder a serears
Reviewed in the United States 🇺🇸 on April 26, 2018
Verified Purchase
Hot very hot. To keep the readers attentive to the storytelling. Gypsy gentlemen but not in bed as the adult plots unfold.
Read more
Helpful
Report abuse

Susan M
5.0 out of 5 stars Amazing
Reviewed in the United States 🇺🇸 on June 25, 2019
Verified Purchase
This is the first of a three book series. A group of wonderfully constructed cast of characters. Lots of twists and turns.
Read more
Helpful
Report abuse

Babs
4.0 out of 5 stars Honor and Secrets: A Risqué Regency Romance (The... Sahara Kelly
Reviewed in the United States 🇺🇸 on September 21, 2016
This is the first book in the The Gypsy Gentlemen series, and I want to read the other two .Sahara Kelly is an Author I will be looking for more of. I thought this was going to be one of the six men’s story and was pleasantly surprised when it turned out being both Hungarian Viktor Karoly and Pyotr Josef. Madelyne Eventyde is the shamed daughter of Lord Eventyde and Frederica Howell’s stories Travel along with Viktor and Madelyne as they travel to London to keep her safe. Find out what happens between Pyotr and Freddy as they travel to his aunt’s home. I was gifted a copy for an honest review.
Read more
One person found this helpful
Helpful
Report abuse

petula winmill
4.0 out of 5 stars Two stories in one book
Reviewed in the United States 🇺🇸 on October 9, 2016
Viktor.

Viktor Istvan Karoly and his band of Gentlemen Gypsies are émigrés from a war torn Europe, but they are all more than they appear. Entertaining the fashionable Ton in London with their music is just for fun.
Madelyne Eventyde is the disgraced and abused daughter of the host at the latest party. A moonlight walk will change two lives forever.
A sexy, romantic adventure.

Pyotr has shaken off pursuit and is congratulating himself on a job well done. Suddenly his past life as Peter Maloney, Lord Chalmers comes back to him in the form of a little redhead.
Frederica Howell once had Honorable in front of her name. That was years in the past when she knew Peter.
Their meeting will force both of them to come to terms with the past and face the future.
A lot of fun for a short story.
Read more
Helpful
Report abuse

Rosanna Destasio
4.0 out of 5 stars Great!!
Reviewed in the United States 🇺🇸 on November 30, 2016
This fast paced first book if the series has your nose tucked into the book the whole time. I couldn't put it down.
We have a band of gypsies that each find love in their own way. In each book we will find the story of one of the gypsies.
The first part of the book is the story of Viktor and Madelyne. She was outcast my her father when he found out she was with a man without being wed. Viktor comes in and sweeps her off her feet! The rest is history!!
The second part is the story of Pyotr aka Peter and Freddie. They've known each other since childhood and had lost touch. She literally falls in him in the forest and it clicks between them all over again!
You'll definitely have to read the book because it gets hot and steamy!!
You can never go wrong with a novel by Sahara Kelly!
Read more
Helpful
Report abuse

Terry H
4.0 out of 5 stars Hot, short, and sweet
Reviewed in the United States 🇺🇸 on September 26, 2016
This book does not disappoint as a matter of fact it is surprising as you get two for one.
You get Vicktor and Poyters stories. Both are short and direct in more ways than one. I enjoyed the heat as well as the story line and am looking forward to reading the next two books in this series.

Melba Hard
4.0 out of 5 stars Entertaining read
Reviewed in the United Kingdom 🇬🇧 on June 26, 2019
Verified Purchase
It is so nice to read a book that is set in the UK and is written in ENGLISH! Including many colloquial expressions it makes it more realistic. I look forward to reading more in this series.
As the title explains , their is a lot of explicit sex scenes which may offend some readers
Read more
Report abuse

Kath
5.0 out of 5 stars Enjoyable read
Reviewed in the United Kingdom 🇬🇧 on January 17, 2018
Verified Purchase
Interesting story and excellently depicted scenes, I would have liked the read to have been longer though. Looking forward to the next one 😁
Read more
Report abuse

M. Day
4.0 out of 5 stars Interesting
Reviewed in the United Kingdom 🇬🇧 on August 24, 2017
Verified Purchase
I've given this four stars despite my misgivings. Too much sex, not enough story. Fuller picture in review for "Endings and Beginnings".
Read more
Report abuse
See all reviews
Report an issue
Does this item contain inappropriate content?
Report
Do you believe that this item violates a copyright?
Report
Does this item contain quality or formatting issues?
Report