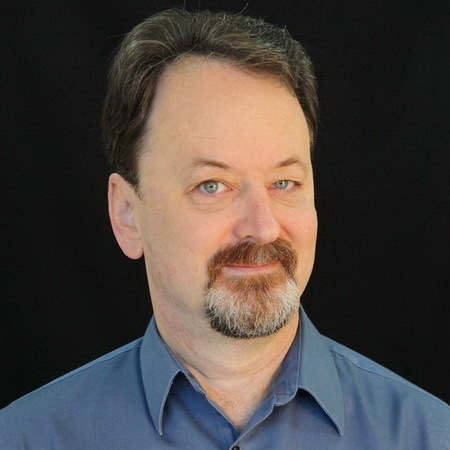 Honorary Unsubscribe v1: The Unknown, Forgotten, and Obscure People who Had an Impact on Our Lives Paperback – April 3, 2020

DcnScott
5.0 out of 5 stars Unsung heroes
Reviewed in the United States on September 6, 2012
Verified Purchase
I have been a subscriber to Randy Cassingham's "This is True" email newsletter for ten or fifteen years now. If you aren't, you really are missing a unique and thoroughly enjoyable experience. The free edition is a bargain at twice the price, and the pay edition is too.

One of the regular features of the newsletter is the "Honorary Unsubscribe," in which Randy celebrates an obscure but in some way important person, bestows them with an honorary subscription to the newsletter, from which they immediately unsubscribe honorarily upon their recent deaths.

This book is a compilation of a number of the earliest Unsubscribes. They are uniformly well-written (Randy is a trained journalist), some of them with obvious love and respect shining through the words. The column, and the book, remind me that we all live among the saints as well as the sinners, and that we all stand on the shoulders of giants, who look and act just like we mortals do.

penandra
5.0 out of 5 stars Thanks for the reminders!
Reviewed in the United States on April 24, 2012
Verified Purchase
Like James, the only complaint that I could have about this book is that it is too short . . . . but I know that Randy is working on Volume 2, so there is more to come!

One of the first things that I read in This is True each week is the Honorary Unsubscribe, now I have them all in one place and can refer back.

When reading the weekly unsubs, I frequently find myself wanting to know more about a particular person --- or thinking "Oh! That's who that was!" --- or "I didn't know that!" I'm grateful that over the years Randy's synopsis of the "unknown, the forgotten, and the obscure people" featured has gotten a little more detailed from where it started. I will say that the brevity of the unsubs featured in this first volume have sent me to Google, Bing, and Wikipedia to learn more.

Paul Havemann
5.0 out of 5 stars Ordinary people who made extraordinary contributions
Reviewed in the United States on June 2, 2012
Verified Purchase
The product description begins "These are the people you wish you had known." Well, this is true -- you'd like to have thanked them, too, like the Surgeon General who first began warning Americans in the 1960s that cigarettes cause cancer. I'd like to have met the man who created Batman, as well as the unsung (until now) genius who invented the car radio. (Uncounted millions of us thank you, sir!)

They, and many more, are now rescued from obscurity. And if you like them, you can get a free subscription to the newsletter where they all first appeared... "This is True"... and be introduced to even more of them. (The thought-provoking news snippets are an added bonus.)
Read more
One person found this helpful
Helpful
Comment Report abuse

Gonzalo J. Suárez P. (@gjsuap)
4.0 out of 5 stars People you wish to know
Reviewed in the United States on February 24, 2014
Verified Purchase
Randy Casingham have done an interesting work in writting obbituaries for people who make a real difference in the world... and are very poorly recongnized. In this book I learn that the creator of the M&M Candies also give us the Marshal Plan to reconstruct Europe after World War II; or that the developer of Vinyl also give us the bubble gum. Interesting lecture. Nevertheless, is unconfortable to read in the Kindle because some pages it keeps one or two lines in each page at the end of each history. Nevertheless, is good material and interesting reading.
Read more
Helpful
Comment Report abuse

JBT1230
5.0 out of 5 stars Highly recommended! Learn about people you wish you could've known!
Reviewed in the United States on March 31, 2016
Verified Purchase
Randy has a great writing style! I've subscribed to his newsletter for years. The H.U. is one of my favorite parts. I've always been fascinated by the people profiled by Randy and how we usually never knew who they were until they died. Highly recommend this series of books!!!
Read more
Helpful
Comment Report abuse

H. Jacobs
4.0 out of 5 stars Randy Cassingham Has Done A Public Service
Reviewed in the United States on January 1, 2014
Verified Purchase
Randy has found a niche, recognizing almost unsung heroes. These obituaries would be overlooked in many publications. These people deserve recognition above many of the so-called prominent people given great notice.
Read more
2 people found this helpful
Helpful
Comment Report abuse

Mark Benford
5.0 out of 5 stars Strongly recommended.
Reviewed in the United States on October 24, 2012
Verified Purchase
This book chronicles several years worth of unsung (or at least under-sung) heroes on the occasion of their passing. People whose contributions to society are overlooked, mis-attributed or taken for granted without knowing the source. Randy's work to recognize these people is worth the effort. This is the first volume, chronicling the beginning of the feature in his This Is True newsletter, so the write-ups are initially brief, but as he got used to the idea, they flesh out a bit. The other volumes are also well worth the effort.
Read more
One person found this helpful
Helpful
Comment Report abuse

Mg Gallegos13
5.0 out of 5 stars Recognizing the Important People Who have Done so much for the world
Reviewed in the United States on September 16, 2015
Verified Purchase
I've read most of the honorary unsubscribe in Randy's This is True e-mails but it is nice to go back and revisit these people who have done so much for our culture, environment, and engineering. Wonderful book!
Read more
One person found this helpful
Helpful
Comment Report abuse
See all reviews