You've subscribed to Black Family Series! We will preorder your items within 24 hours of when they become available. When new books are released, we'll charge your default payment method for the lowest price available during the pre-order period.
Update your device or payment method, cancel individual pre-orders or your subscription at
Your Memberships & Subscriptions
There was an error. We were unable to process your subscription due to an error. Please refresh and try again. 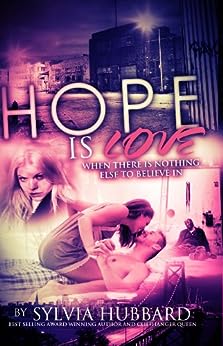 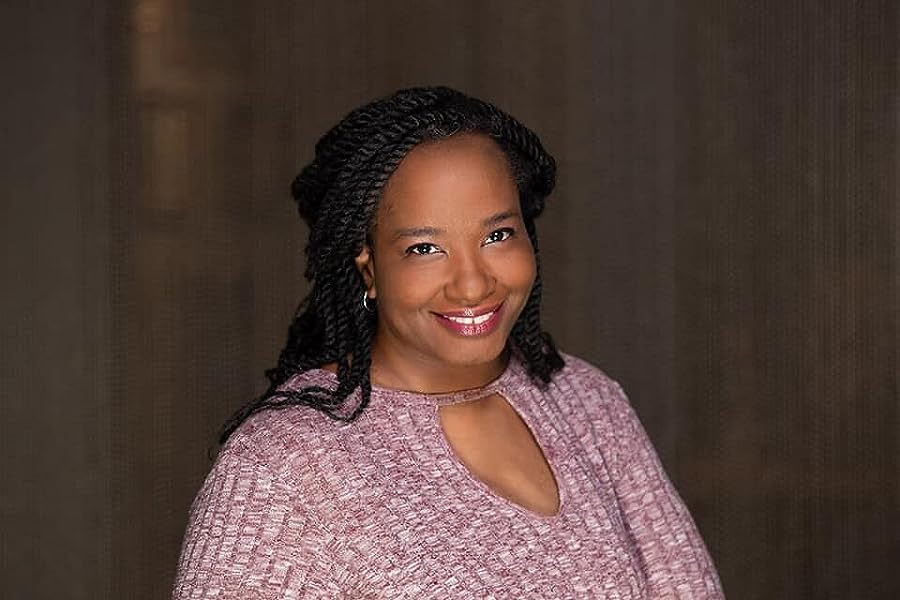 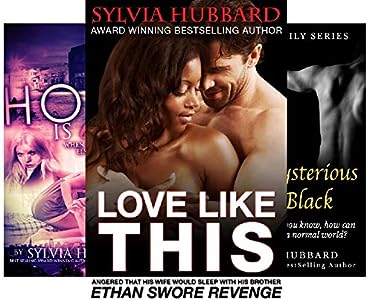 Sylvia Hubbard knew she wanted to be a writer of romance long before she knew there were black writers in the world. Weaving stories magically as a summer past time to writing stories to get through the humdrum of school, she was able to create something from nothing. Today, she has independently published over 28 books, is the founder of Motown Writers Network and The AA Electronic Literary Network, CEO of HubBooks Literary Services, runs over five blogs on a variety of subjects, host The Michigan Literary Network Radio Show and is a happily divorced mother of three children in Detroit, Michigan. “I’m no superwoman,” she states with a smile that seems infinite on her lips. “I’m just being an asset in the world instead of a liability.” Considered an addicted blogger by HoneyTechblog.com, nominated and recognized for her literary work in the Metro Detroit area, referred to as “A Literary Diva” by Detroit City Council and donned “Cliffhanger Queen” by her readers, she finds solace in speaking and educating on a variety of topics. Her subjects range from Social Media, Internet Marketing, Creative Intimacy, Single Parenting, Blogging, E-Books, Publishing (all aspects i.e.: writing, publishing, marketing & promoting online & offline), and personal triumphs with inspiration mixed in. Never a disappointment, Sylvia Hubbard, has spoken in front of thousands all over the United States and Canada. --This text refers to the paperback edition.

3.9 out of 5 stars
3.9 out of 5
52 global ratings
How are ratings calculated?
To calculate the overall star rating and percentage breakdown by star, we don’t use a simple average. Instead, our system considers things like how recent a review is and if the reviewer bought the item on Amazon. It also analyzes reviews to verify trustworthiness.
Top reviews

Daney
2.0 out of 5 stars I got 99 problems and this book is 1
Reviewed in the United States on November 16, 2015
Verified Purchase
I just don't quite understand what the hell happened here. I mean seriously I was excited until about the 30% mark and then it went all the way down hill from there.. and of course you know I am going to explain.

First... yeah those "intimate scenes" made me laugh out loud.. seriously I would have just rathered them not been there at all... I think the thing that really made me laugh and when hope stated that he touched her "Gräfenberg spot" LMAO.... seriously? why not just say g-spot? oh and I plenty of other examples however I refuse to be here typing this review all night... just know that it was like reading about paint drying.. smh.

Now what really bothered me is that sometime some of this stuff just didn't add up, first hope lost her baby and it went from four week ago to she was still slightly bleeding... but what bugged me is that if it was infact supposed to be a few days ago (reference when the book started and when he was found that is why I am assuming it was days not weeks... I am assuming that was an error in the book) how was she ready to have sex with this man... who was clearly a freaking stranger she didn't know from AT ALL.. which brings me to my next issue...

Hope was made to be innocent.. I understand that her experience with men was... how do I say this rough yet she was clean health wise, she kept up with her teeth and what little she had but yet never mentioned that HEY maybe you should put on a flipping condom! UGH BARF

and my goodness the story with the James... LOL funny seriously a serial cheater but only with attached chicks... SERIOUSLY.. I would have brought anything but that.. I mean ANYTHING.

I am going to end this one here because frustration is pushing forward.

This book was just not for me...

FRLEE
3.0 out of 5 stars Editor needed stat
Reviewed in the United States on March 28, 2016
Verified Purchase
Like I always say that she has the best ideas in books there is no book like a Sylvia Hubbard book but she will leave a sentence incomplete misspell as many words as possible, and she still wont fix them because every book is like this, I don't know I will never give her a five no matter how good the idea is, because all throughout the book it takes forever to try and figure out what she is trying to say, so I continue to read her, and give these ratings when I know she deserves more, for at least the best ideas if nothing else so I really like the idea of the book and the Heart's will crack you up as they unite or un unite and try to kill each other, and read at your own risk because if you want a really good storyline she is your girl
Read more
One person found this helpful
Helpful
Report abuse

J. WANJA
5.0 out of 5 stars Best Story Ever Written
Reviewed in the United States on February 18, 2013
Verified Purchase
If I was asked to pick the best fairy tale romance that I have ever read, this book would be it. I love Sylvia's female characters they are mostly women who have gone through so much in life but never give up Faith is such a character she is at the end of her rope when she rescues James after he gets shot and dumped in a dumpster and left to die and by so doing she finds a man who despite his many mistakes in the past finds salvation in the love of this one woman who's never had a home and has lost everyone that was dear to her and together they find a beautiful thing. You will laugh and cry and fall deeply in love and read it over and over again
Read more
2 people found this helpful
Helpful
Report abuse

Y. Williams
4.0 out of 5 stars A sweet but complicated tale of love.....
Reviewed in the United States on February 12, 2017
Verified Purchase
I truly enjoyed this book cause it was different. Reading about Jona and James was really entertaining. I couldn't understand Jona's way of thinking but I loved her natural innocence. James was able to change and become a better person because of Jona. The Hearts really make it even more interesting though! Onyx Heart is beyond crazy and so are her family members but I love reading about them. This book really was very good! :-)
Read more
Helpful
Report abuse

Penelope59
3.0 out of 5 stars I so wanted to rate this higher
Reviewed in the United States on March 3, 2012
Verified Purchase
I started out into this story because it was believable, well written, and really made me feel as though I was there---then things went haywire. When the continuous rude and nasty Jaelean came into the story and then the Hearts (Lethal, Onyx, King, Blaque, & Sheriff) I started to lose interest. At one point I actually laughed out loud and I don't think I was suppose to.

It seem as though someone else took over the writing and didn't know which direction to take--so they decided to run off the road. All the characters were just rambling around with Kimberly asking silly-azz questions at the dinner table. Jona not telling the man she loves that his killers were at the table with him and so on. Then there was the past gang rape and Jona being a sex slave story told and forgotten. The girl had enough tests done to make sure she was clean until I thought, what about playa James? But somewhere near the end James got lost and became just a byline--hell, his character became weak. There was enough b*t*hes and honky (courtesy of the Hearts)to make one grimace.

In other words, what was a tender, touching survival story of two lost souls became a disappointment. The number of characters and sub plots increases so much that the story became ridiculous. I went from staying up late the first night to making myself read the rest (to tell the truth I started scanning through the story--got to read about Zilla aka Shadow, dancers Nevada & Paris, and even Mandingo, yep, Mandingo). I thought I had hit a gold mine when I started reading this story, but alas it was just fool's gold.
Read more
9 people found this helpful
Helpful
Report abuse

Amazon Customer
4.0 out of 5 stars Looking 4 Hot and Spicy? Well....
Reviewed in the United States on March 6, 2012
Verified Purchase
I'm a big bwwm fan and erotica and I got one out of two in Hope Is Love.
If you are looking for steamy love scenes with a touch of erotica this isn't the book for you. The few love scenes are pretty vanilla.If you are looking for an unusual match with an interesting back story this is the book for you. Although I was able to figure out the antagonists pretty early in the book it didn't take away from the suspense.I also feel I didn't miss out from not having read the prequel
I'm giving this 4 stars just because I like my novels steamier. I hope there is a follow up on the sisters Paris and Heaven.
Read more
2 people found this helpful
Helpful
Report abuse
See all reviews

lady bee
5.0 out of 5 stars I love Sylvia's stories
Reviewed in the United Kingdom on February 1, 2016
Verified Purchase
I love Sylvia's stories, Just love the characters she has created that intertwine through out all her books, it;s like friends coming over for a visit
Keep them coming Pls
Read more
Report abuse
See all reviews