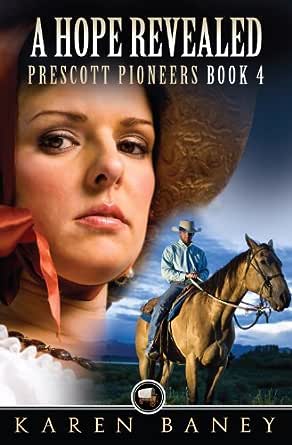 You've subscribed to Prescott Pioneers! We will preorder your items within 24 hours of when they become available. When new books are released, we'll charge your default payment method for the lowest price available during the pre-order period.
Update your device or payment method, cancel individual pre-orders or your subscription at
Your Memberships & Subscriptions
There was an error. We were unable to process your subscription due to an error. Please refresh and try again. 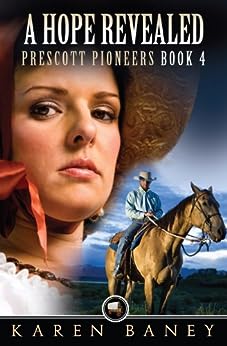 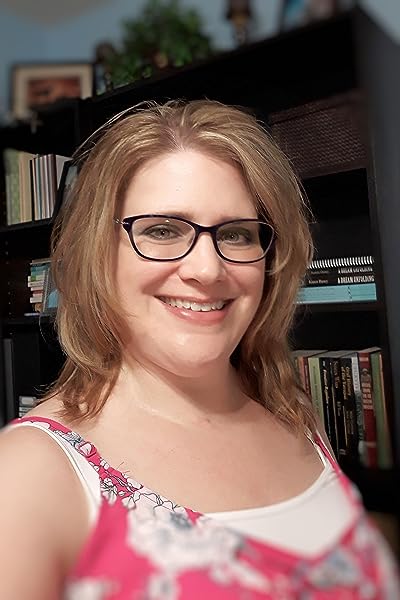 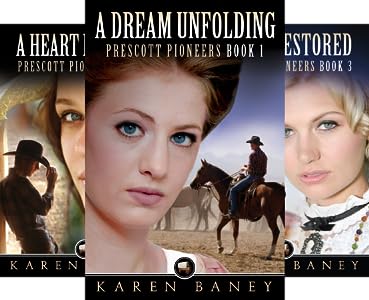 Book 4 in the Prescott Pioneers Series.  This book is the conclusion to the series.  Look for the Hidden Prospects Series, coming in 2013.

KAREN BANEY, in addition to writing Christian historical and contemporary fiction novels, works as a Software Engineer. Spending over twenty years as an avid fan of the genre, Karen loves writing about territorial Arizona. Her faith plays an important role both in her life and in her writing. She is active in various Bible studies throughout the year. Karen and her husband make their home in Gilbert, Arizona, with their two dogs. She also holds a Masters of Business Administration from Arizona State University. --This text refers to the paperback edition.

4.5 out of 5 stars
4.5 out of 5
100 global ratings
How are ratings calculated?
To calculate the overall star rating and percentage breakdown by star, we don’t use a simple average. Instead, our system considers things like how recent a review is and if the reviewer bought the item on Amazon. It also analyzes reviews to verify trustworthiness.
Top reviews

The Voracious Reader
4.0 out of 5 stars Series Needs to Be Read Together and in Order
Reviewed in the United States on January 4, 2020
Verified Purchase
Mary Colter’s husband has disappeared, and Mary final decides to take her two children and move to her brother-in-law’s ranch in Arizona. When she gets there, she finds that Warren Cahill, the ranch foreman, is a different kind of man. As tensions rise, however, so does the danger on more levels than one.

This book had some of the same problems as the others in the series (grammatical errors, misused words, the pronouns for God not capitalized) but it is still enjoyable. I was glad to see a definite conclusion here because not all the books had one. This series should definitely be read together and in order.

Cinderella 7
5.0 out of 5 stars Beautifully Written!
Reviewed in the United States on August 10, 2015
Verified Purchase
I too hate that this series is ending, but I do have the book about Paul to read next so I'm hoping it will pickup on the lives from the first four books.

I was married to an abusive man at least he age of 18 for five long bitter years. I could tell things that would curl your hair, but because I forgave that abuse I will not. I cannot say that I forgot because I haven't but I don't let it drag me into o despair any longer.

My son and I suffered bitterly. There was a man I loved before him, but I allowed his mother to break us up, she claimed if I really loved him I would let him go ... And so much more. I was so wrong to listen.

Eight years later he called me out of the blue, we were both divorced by then but we were still deeply in love with each other. That was January 30, 1975, by May 27, 1975 we were married and still are after 40 years. Oh we've had our ups and downs but we work together to solve them by putting Jehovah and Jesus first.

If my x hadn't walked out and insisted on the divorce I would still be suffering at his hands because I believed in the sanctity of marriage. I'm so glad I finally listened to his threats and divorced him as my husband now is my soulmate, my life. He adopted my son and they are very close, but that is another story too.

Anyway everyone deserves a second chance but not all appreciate it and really change. Reuben surly didn't. When you are in an abusive marriage it's hard to believe you are a person who is worthy of being loved and cared for, especially when your made to believe it was all your fault and you got what you deserved. I'm very happy all turned out well for Mary and Warren, Will and Hannah, Adam and Julia, Thomas and Caroline, as well as Ben and Betty. Now it's Paul's turn so I'm on to the story about him.

Wendy
5.0 out of 5 stars WOW! Wonderful job Karen, I just can't say enough.
Reviewed in the United States on November 6, 2013
Verified Purchase
Mary Prescott is working her fingers to the bone trying to support herself and her two children, Eddie and Beth, since her husband, Reuben Colter, left them. Every time a dead man is found she is asked to come and identify her husbands body, the problem, so far none of them have been Reuben so she continues to live in fear that he'll return.

One night after the children are sleeping she hears a knock on the door, as fear grips her, thinking it is Reuben returning, she answers to find a strange woman. This woman reveals a secret about one thing Reuben did to her that she never knew about, a new low for Reuben even. A few days later Mary is told that her father secretly left her some money so she makes a decision to move west to Will Colter's, Reuben's brother, ranch hoping if Reuben does return he won't know where to find her and the children.

It isn't long after arriving that she discovers she isn't safe at all. Mary will do anything to protect her children, even if it means not telling Will everything. When Will finds out what she's been hiding he to kick her out of his home but Hannah, his wife, won't let him do that.

I think this is the best book in the series, I found myself with tears running down my cheeks several times. Oh the things Mary had to go through in her marriage and the things she found out about her husband that she never knew, but she kept her strength and moved forward. You really do need to read the whole series, I think anyway, to get the full impact of this book. In the first three you only get a glimpse of how hard it was being married to Reuben Colter but you need that to realize just how mean a human being he really is.

I would definitely recommend this book, this series! I really enjoy Karen's writing and will be looking for more books from her.
Read more
One person found this helpful
Helpful
Comment Report abuse
See all reviews

elizabeth
5.0 out of 5 stars A hope revealed
Reviewed in Canada on March 26, 2015
Verified Purchase
Oh what a story! I am sad that this is the last of the prescott series. I have read every one of them. I thank the author for bringing such stories to life and also for bringing the Lord into each story. It was uplifting and very realistic!
Read more
Report abuse
See all reviews