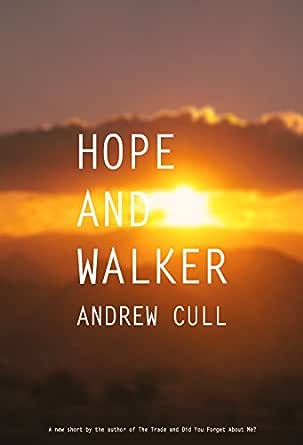 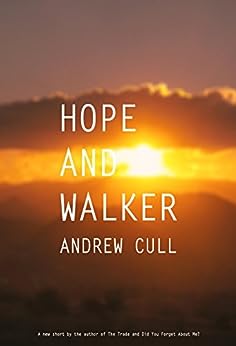 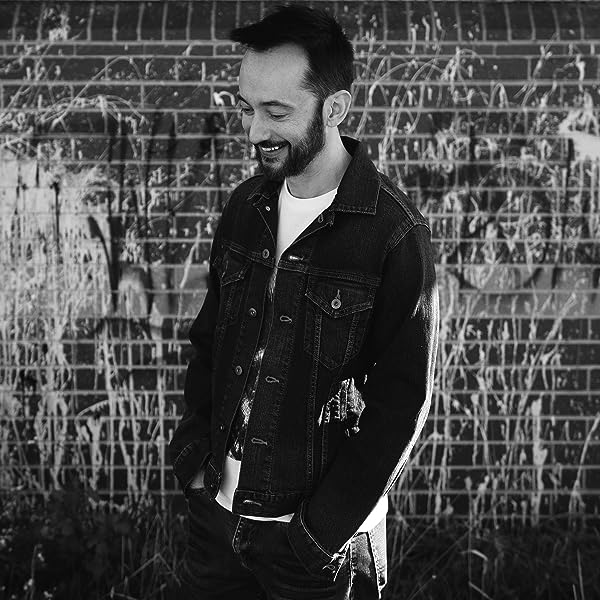 Chrystal Roe
5.0 out of 5 stars Wonderful
Reviewed in the United States on September 17, 2017
Verified Purchase
This was a really cool story. I won't say it has a happy ending, just that the ending was right and fair. It isn't a long story but it is well written and enjoyable.
Read more
One person found this helpful
Helpful
Comment Report abuse

Ken Stark
5.0 out of 5 stars A massive tale packed into a short story
Reviewed in the United States on May 17, 2018
Hope and Walker is the story of a young girl who sketches the dead, and one day does considerably more.
The delightful blend of the sweet and the macabre hooked me right from the start. It's not a long read (clocking in at 34 pages) but it's a fascinating one, and extremely well-written. The author has a subtle descriptive touch, giving us insight into the town of Hope and its residents in an almost off-handed way. We get to know them through anecdote rather than full-colour portraits, and always through the eyes of Em, that young girl who sketches the dead.
When Hope is rocked by a horrible crime, the entire tone of the story changes, and Cull shows us that he can do dark and sinister every bit as well as sweet and macabre. Em discovers a brand new talent, and she uses it to look into the crime. The story could easily have been expanded at that point, but the author did the right thing by keeping it short and concise. The pacing was perfect, and the drama of the finale didn't overwhelm the sweetness of the beginning. In the end, it simply left me wanting to see more of this amazing young girl who sketches the dead.
This is the first I've read of Andrew Cull, but it certainly won't be the last. Five big stars for Hope and Walker!
Read more
One person found this helpful
Helpful
Comment Report abuse

I won a signed copy of this in a Kendall Reviews promotion! Which just goes to show, even when you're laser-focused on writing and spending less time on the social medias, it still pays to keep a whale eye on what your favourite reviewers are up to.

Mr Cull sure knows how to pace a ghost story. Hope and Walker is a beautiful and perfectly contained short piece, vividly easing you in to life in the drying remnants of a gold rush town.

The protagonist's young voice and perspective ring clear as a bell, and especial kudos to the sensitive treatment of the subject matter. This is definitely a read for those who prefer their horror with a literary bent. And even for those who claim "I don't read horror."

Favourite bit:
"We were both 10. But he was dead. And I sat drawing him."
Read more
One person found this helpful
Helpful
Comment Report abuse

O. D. Book Reviews
5.0 out of 5 stars Great ghost story! I cannot recommend this enough
Reviewed in the United States on March 24, 2018
Description: Em is a 10 year old girl who’s family owns a funeral parlor. She likes to sneak around with her drawing pad and talk to the dead. One day the dead talk back revealing deadly secrets to her.

In Short: This was a fantastic short story. I would recommend it to anyone who enjoys short reads with horror, ghosts or mystery themes. The story was very complete and made for a quick and fun read!

Pros: The characters, setting and back story are all brought to life beautifully in the beginning. The plot takes exciting turns and then has a very dramatic and thoroughly enjoyable ending. It was quite shocking, but I wont spoil anything for you! This definitely makes my list of top short reads. It is also the type of horror I enjoy, non-gory but quite chilling.

Cons: I have no notable issues with this book.

Frank Errington
5.0 out of 5 stars A charming story with a touch of horror
Reviewed in the United States on March 26, 2017
Review copy

Hope and Walker, by Andrew Cull, is a charming story with a touch of horror. The opening line, We were both 10. But he was dead. And I sat drawing him, immediately drew me in, so important with a short story.

Em Walker's parents ran one of the two funeral homes in the small town of Hope.

"Mum and Dad never argued much. Although they did have a huge row one time when I was seven. I'd been playing hide and seek with Dad when he'd gotten a call from a customer. He'd been on the phone so long that he'd forgotten all about the game. Two hours later Mum found me asleep in a casket, where I'd hidden, while she was giving a tour of the showroom. It hadn't helped matters when I'd woken up with a start, sat bolt upright in the coffin and screamed. Mum and Dad lost that sale to Bob Ryan and it was quite a while before I showed my face downstairs again."

When ten-year-old Billy Jenkins came to Walker and Son Funeral Directors it was an extraordinarily sad day. His murder a mystery. As was her habit by now, Em sat drawing his likeness in her sketchbook, talking to Billy as she drew. What happens next was nothing short of remarkable. To learn more. Pick up this exceptional short story.

Hope and Walker is published by Vermillion Press and is available for the Kindle through Amazon.com. If you subscribe to Kindle Unlimited you can read it at no additional charge. Also, if you are an Amazon Prime member you can read it for FREE using the Kindle Owners Lending Library.

From the author's bio - Andre Cull is a writer and director of The Dark and The Possession Of David O'Reilly (UK title : The Torment). His first novel, Remains, is due for release later this year.
Read more
One person found this helpful
Helpful
Comment Report abuse

Eddie Generous
5.0 out of 5 stars It’s another short (possibly a novelette) that packs pretty good wallop
Reviewed in the United States on April 25, 2017
Unnerving Magazine Review
Hope and Walker is my second visit to the work of Andrew Cull. It’s another short (possibly a novelette) that packs pretty good wallop, so in that, Andrew Cull proves himself reliable.
The tale: A girl lives in a small town with her parents. Her parents run one of two funeral homes in said town. Right from the onset, the voice of the story comes across with great clarity and that continues consistently throughout. The presentation of the scenery as well as the ancillary characters builds into an image of anywhere-in-the-world-community-existence. This one set in Australia that sounds a lot like backwaters in North America.
The girl begins drawing the dead that come to the family parlour and eventually, a dead boy pipes up and inadvertently pushes her towards a mystery. From there, the story picks up its pace and sprints to the conclusion.
There’s very little to dislike about this one. It’s quick and suspenseful, with some well-fashioned scenery, and good sum of thrills. As for something to read in a short window, you can do a hell of a lot worse than Hope and Walker by Andrew Cull. Great stuff.
Read more
One person found this helpful
Helpful
Comment Report abuse
See all reviews from the United States

Madrigal987
5.0 out of 5 stars Excellent read
Reviewed in the United Kingdom on July 31, 2017
Verified Purchase
Another excellent book by this author. The story telling is easy to read and captivating. Im on the look out for more from this author. Definately worth a read.
Read more
One person found this helpful
Helpful
Sending feedback...
Thank you for your feedback.
Sorry, we failed to record your vote. Please try again
Report abuse

Amazon Customer
4.0 out of 5 stars Another well paced, and spooky read.
Reviewed in Australia on October 8, 2017
Verified Purchase
I've now read everything Cull has to offer to date. And I must say, im a fan. Being someone who grew up in a town similar to the one in the story, I felt that pinge of nostalgic memories as i read. A great capture of Aussie out back life.
The story is part mystery and part haunting. Cull is a very good at setting atmosphere and tone, as well as building vivid characters. I'm looking forward to his next work.
Read more
One person found this helpful
Helpful
Sending feedback...
Thank you for your feedback.
Sorry, we failed to record your vote. Please try again
Report abuse