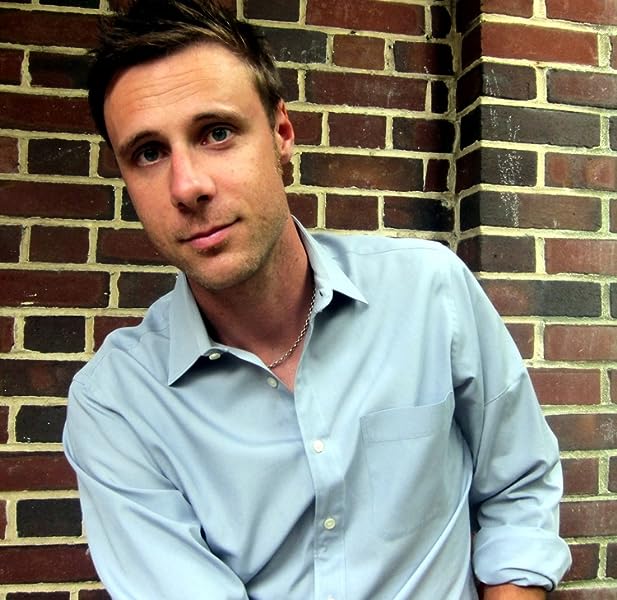 "One of the most impressive debuts I've read. A hybrid narrative that's part thriller, part surreal noir, and part tropical gothic, it reads like a collaboration between William Faulkner, Louis-Ferdinand Céline, and Hunter S. Thompson, as directed by David Lynch...Gripping and wildly entertaining."
-NPR

"Vivid in the visual detail a photographer would gather, Collins' politically complex and psychologically intense tale demands the reader's complete submersion in a decaying world in which the lines between good and evil sway and vanish...Though the plot twists like that of a thriller and authentic characters keep the story moving, Collins' underlying theme of why choices are made and their consequences makes for a philosophically compelling read."
--Booklist

"The writing is that kind where you feel like every word was placed by the writing gods rather than a fallible human...It takes a while to attach to this book, but if you can, the result is quite a meaningful reading experience."
-Book and Film Globe

"Not since Gore Vidal's Dark Green, Bright Red have I read such a horrifying and politically astute novel. I could not put it down."
-Keep the Wisdom

"A historically attuned novel for a world that has lost its way. ... Stumbling toward nightmare realizations, Horse Latitudes is a novel with the edge of the thriller and the bleak rawness of a documentary--feral, needful, and unapologetic about the dark underbellies it reveals."
-Foreword Reviews

"Morris Collins' Horse Latitudes reads like a Graham Greene novel for the twenty-first century, reinventing the citizen abroad for a new global age, one where the quest for redemption and righteousness still rarely leads to clarity, only cloudier choices, unfair outcomes, darker ambiguities. Ambitious and striking, Horse Latitudes delivers, offering readers an adventurous moral thriller--and a truly powerful debut." --Matt Bell, author of In the House upon the Dirt between the Lake and the Woods

"About a quarter of the way through Horse Latitudes, a woman asks Ethan, the book's troubled protagonist, if he wants to die or if he's just an asshole? 'Ethan didn't see why it had to be one or the other, ' Morris Collins writes. And that was when I knew: this is the best debut novel of the year, hands down. Comparisons to Joseph Conrad, Graham Greene and Malcolm Lowry practically write themselves, but Horse Latitudes also calls to mind such modern noir greats as James Crumley and Kem Nunn. Ethan's story is a febrile journey into an unknown landscape, a table-side seat at a game of Russian roulette that has no winners. It's also erudite, funny and sexy as hell." --Rebecca Oppenheimer, Kramerbooks

"In the best tradition of Joseph Conrad's Lord Jim and Malcolm Lowry's Under the Volcano, Morris Collins' Horse Latitudes is a remarkable debut novel, detailing one man's quest for redemption through a quixotic adventure in Central America, couched in brilliant, bold lyricism, flavored with heartbreak and danger. Fast-paced and hypnotic, it holds you in its spell and won't let go, leaving images like exotic souvenirs in its wake." --William J. Cobb, author of The Bird Saviors

Morris Collins’s fiction and poetry has recently appeared in Pleiades, Gulf Coast, The Chattahoochee Review, Michigan Quarterly Review, Iron Horse Review, Nimrod, and others. He lives in Boston and teaches at The College of the Holy Cross and Clark University.
Tell the Publisher!
I'd like to read this book on Kindle

Kevin B.
3.0 out of 5 stars Intriguing plot, but the flowery scenery gets in the way
Reviewed in the United States on March 3, 2019
Verified Purchase
Reading this book is like drinking a bottle of fine wine. The first couple glasses are really good, but after that it just starts to taste like more of the same. The initial chapters of Horse Latitudes really grab you and suck you in. Very noir, very florid. But at some point, the plot starts to scatter. Three fourths of the way through, I found myself skimming over passages about the backstory and trying to pick back up where I left off with the main story.

I never disliked the book, nor did I consider abandoning it the way I do with some challenging reads. Descriptions of characters and scenes read like poetry. It was easy to pick up the book at any point and lose yourself in the story. And yet, when the book came to a close (and by that I mean I ran out of pages -- not that there was necessarily closure), I found I didn't particularly care for any of the characters. So-and-so dies? So what. Main character still dwells on his failed relationship back in the Motherland? Who cares?

This book does not deserve negative reviews, and reading it did make me want to look for other things by the author. Horse Latitudes is touted as a debut novel, and it has far too many strengths to be the only thing Collins publishes. I'll opt for something less exhausting for my next read, but I will look forward to finding something else Collins has to offer in the future.
Read more
3 people found this helpful
Helpful
Comment Report abuse

Nick
5.0 out of 5 stars Tremendous Novel
Reviewed in the United States on February 14, 2019
Verified Purchase
Horse Latitudes is a dark, violent and visceral novel about a man seeking redemption in the Tropics. The book has been compared to writers like Conrad and Graham Greene and those are apt comparisons, but I'd also add the late, great Robert Stone and, in some respects, Cormac McCarthy. That's a hell of a list, and usually when I read novels that elicit those kinds of comparisons they end up being pale imitations or outright failures. Fortunately, Collins takes those influences and creates something all his own. I haven't read a first novel this good in a long time. Morris is the real deal!!

PS Why is this book not getting any attention? The only press it seems to have gotten is an NPR review. I have seen or heard nothing else about it.
Read more
2 people found this helpful
Helpful
Comment Report abuse
See all reviews from the United States

Page 1 of 1 Start overPage 1 of 1
This shopping feature will continue to load items when the Enter key is pressed. In order to navigate out of this carousel please use your heading shortcut key to navigate to the next or previous heading.
Back
Next
Pages with related products. See and discover other items: New York City Photography