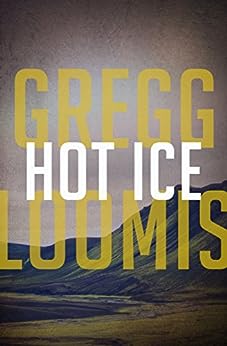 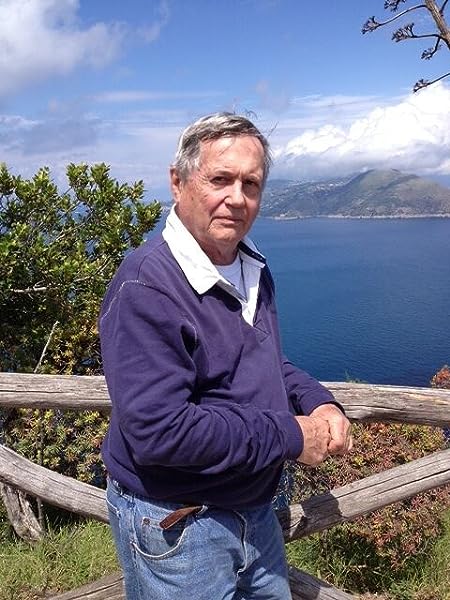 by Gregg Loomis (Author) Format: Kindle Edition
See all formats and editions
Sorry, there was a problem loading this page. Try again.
One man stands between the United States and a conspiracy that threatens Western civilizationThough not on the government payroll, Jason Peters kills for Uncle Sam. NARCOM is a private corporation that does what the CIA doesn’t have the nerve to do, and Peters is its best operative—until the job gets the best of him. He completes his last mission and happily retires to Italy, swearing to his girlfriend that he’s through with his deadly past. He has just settled into a peaceful life when NARCOM comes knocking. A contractor for the organization has been shot while on assignment in Iceland, and refuses to talk to anyone but Peters. NARCOM convinces the ex-agent to go, swearing it will be a quick, fact-finding mission. But behind this simple assignment lurks a massive environmental conspiracy, and Peters quickly finds there is no one he can trust other than himself.
Read more
Previous page
Next page

Gregg Loomis is an American author of thrillers. Born in Atlanta, Georgia, he spent his youth traveling the world, and has worked as a commercial pilot, a racecar driver, and a lawyer specializing in commercial litigation. He published his first novel, the bayou thrillerVoodoo Fury, in 1991. His greatest success came in 2005, when The Pegasus Secret introduced the world to lawyer Lang Reilly; Loomis charted that character’s globetrotting adventures through five more novels, including The Coptic Secret (2009) and The Cathar Secret (2011). With Gates of Hades (2007), Loomis began a new series centered on Jason Peters, an international operative working for NARCOM, a private corporation that does what the CIA cannot. Hot Ice (2013) is the second Jason Peters novel. Loomis now writes and practices law in Atlanta.

Loomis brings back hero Jason Peters, last seen in Gates of Hades (2007), with a scenario that takes him away from the quiet solitude he has found living with his love, Maria. A quick assignment while she’s away studying volcanoes puts him in mortal jeopardy. Maria returns, and they both barely survive an ambush. She begs him to give up the spying life, but an assignment in Iceland proves too tempting to pass up. A thriller with little excitement, Hot Ice is more tepid than boiling. Peters seems to lack the skills necessary to succeed in the spy game, and he takes the first opportunity to hop in bed with someone else. Maria appears to lust after volcanoes more than she does her man. A rare disappointment from the talented Loomis. --Jeff Ayers --This text refers to an alternate kindle_edition edition.

Fast-paced and filled with shocking twists, this new novel from bestselling author Gregg Loomis will delight his international fan base as well as readers of cutting-edge techno-thrillers.
--This text refers to an alternate kindle_edition edition.
Read more

foxtrotoscar
3.0 out of 5 stars A Dissappointment
Reviewed in the United States on June 4, 2013
Verified Purchase
I have read the last 6 novels by the author, and frankly, I was expecting something better. The plot starts off OK, but gets mired in a lot of small sub-plots that add just enough to the basic story to keep the reader's interest. There are some good action scenes, however, the story quickly reverts to "vin ordinaire." The plot seems to always be working toward a confrontation with the bad guys. However, it never actually gets there. The conclusion is quite abrupt and doesn't clear up the major elements of the plot. The epilogue offers no help, and the reader is left sort of hanging for a complete explanation of large portions of the story. Not up to the author's usual expertise!
Read more
3 people found this helpful
Helpful
Report abuse

Tiber Reader
5.0 out of 5 stars A new and exciting Gregg Loomis
Reviewed in the United States on May 30, 2013
Verified Purchase
Gregg Loomis, where have you been? Far too long between books --- but this time it was worth the wait! This isn't a new Loomis, it a Loomis that kicked it up several notches. Brilliant, absolutely brilliant.

Loomis' imagination puts our friend Jason Peters deep in the midst of an international plot involving those who would take advantage of global warming activism to further their own archaic socialist causes. There are gun battles, people fleeing for their lives and a story of intrigue that has many interesting and believable connecting members.

It is fiction to be sure but not so far from reality that you can't relate to it in terms of contemporary events. As always, Loomis has sharp jabs for the antagonists but this time he is spot on as he pokes at a former U.S. Vice President whose reported hypocrisy in the use of fossil fuels for his own enjoyment adds significantly to global CO² emissions while he travels the world admonishing others to give up the sin of burning fossil fuels. That is sure to raise the hackles of those on the more liberal side of the global warming debate. He clearly fuels the controversial debates.

Anyone who has traveled the world will recognize the numerous venues in this latest thriller and that makes it all the more exciting and vibrant. Loomis' extensive research includes geography, weaponry, geo-political issues (past and present) and a remarkably broad understanding of the issues being debated in regard to global warming including the facts behind deceitful and fraudulently reported research.

Loomis hasn't lost his ability to irritate those who have thin skin and an inability to laugh at themselves. He punches a lot of buttons and his dry humor is like a condiment to an expertly prepared meal.

Is this a page turner? Oh my yes, and so much more. This is the best of Loomis and we have every reason to believe he'll achieve new heights with his next book. Can't wait!

HLE
5.0 out of 5 stars A Great New Change For Loomis
Reviewed in the United States on February 11, 2013
Verified Purchase
Have to admit I'm a real Laing Reilly fan so started to read this with a little apprehension. It didn't take long to let go of the apprehension, get into the story and enjoy the new hero. Jason Peters was once Army who lost his wife in 9/11 at the Pentagon. He leaves and works for Narcom, a private contractor whose only client is the Government, say no more! Eventually he tires of continually looking over his shoulder and retires to an island off the coast of Italy with man's best friend, his cat and girlfriend who happens to hate violence. He is wooed off his island with the a job that affords him the opportunity to dispose of a man who was involved in organising 9/11. Unfortunately his face is broadcast for the world to see and is the catalyst for them having to leave their safe sanctuary and as a tradeoff for help to disappear again, he accepts yet another 'no violence' job in Iceland. Obviously there is no such thing as non violent with his past. As with all action heroes Jason proceeds to travel across the planet, gets shot but manages to kill the bad guys and survive. As always with Gregg Loomis, the novel is extremely well written, full of action which keeps you turning the pages and looking for more. I hope this is only book 1 in a new series but still look forward to the day Mr Reilly makes it back in to print and then we'll have the best of both worlds! Thanks Gregg.
Read more
4 people found this helpful
Helpful
Report abuse

Amazon Customer
5.0 out of 5 stars Excellent
Reviewed in the United States on September 7, 2013
Verified Purchase
I love learning about all the international places Jason travels to. He has money, military training and lives with a good looking girl, everything you want your character to be!
Read more
Helpful
Report abuse

Ariel I. (Beth)
5.0 out of 5 stars A Great Read!
Reviewed in the United States on July 30, 2013
I just read a previous review that ripped this book apart--what baloney! Please--who writes pages of criticism on someone else's writing? Let me tell you--this book wasn't written to win world-class literary awards--but to be an entertaining read, and it does exactly that. Loomis' writing style, however, does make world-class rating--no wasted words, excellent word choices, and always engrossing plots and subplots.

I was ill this week, so just laid on the couch all day yesterday and read "Hot Ice." And Voila! I felt much better at the end! Thanks Gregg, for making a yucky day enjoyable. Keep up your good work which I rate as good or better than Brown, Berry, even Forsyth. Oh, yes: Continue writing to your readers, not to your critics! (Too often critics don't realize that they are golfers commenting on books about tennis.) (Ariel I.)
Read more
2 people found this helpful
Helpful
Report abuse
See all reviews