Hotel (Object Lessons) and millions of other books are available for Amazon Kindle. Learn more 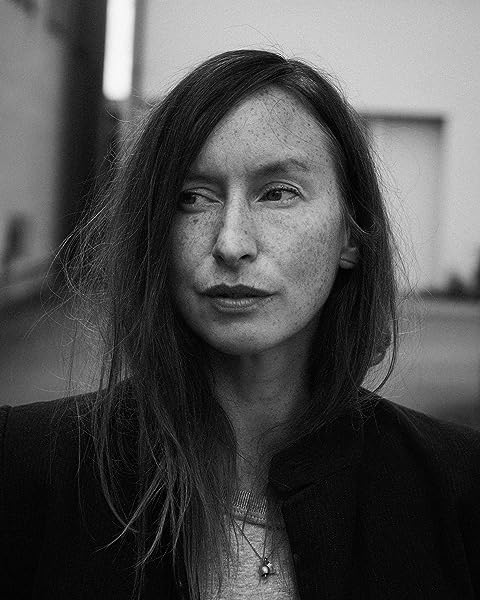 Joanna Walsh has written for Granta, the London Review of Books, n+1, The White Review, The Guardian, Narrative Magazine, The European Short Story Network, Tate, and others. She is the author of collection of short stories, Fractals, and a visual diary of London, London Walks!, now on its third printing. Her writing has been selected for Best British Short Stories (2014, Salt Publishing).

Christopher Schaberg is Dorothy Harrell Brown Distinguished Professor of English at Loyola University New Orleans, USA. He is the author of The Textual Life of Airports: Reading the Culture of Flight (2013) and The End of Airports (2015) and co-editor of Deconstructing Brad Pitt (2014). He is series co-editor (with Ian Bogost) of Bloomsbury's Object Lessons.

Ian Bogost is Ivan Allen College Distinguished Chair in Media Studies and Professor of Interactive Computing at the Georgia Institute of Technology, and Founding Partner at Persuasive Games LLC. Bogost is author or co-author of seven books: Unit Operations (2006), Persuasive Games (2007), Racing the Beam ( 2009), Newsgames (2010), How To Do Things with Videogames (2011), Alien Phenomenology (University of Minnesota Press, 2012), and 10 PRINT CHR (205.5+RND(1)); : Goto 10 (2012). Bogost also creates videogames that cover topics as varied as airport security, disaffected workers, the petroleum industry, suburban errands, and tort reform. His games have been played by millions of people and exhibited internationally. His game A Slow Year, a collection of game poems for Atari, won the Vanguard and Virtuoso awards at the 2010 Indiecade Festival.

Start reading Hotel (Object Lessons) on your Kindle in under a minute.

lionel tiger
1.0 out of 5 stars One Star
Reviewed in the United States on November 5, 2015
Verified Purchase
a self-involved pretentious bool, surprisingly and deeply irritating. Not about its subject
Read more
4 people found this helpful
Helpful
Report abuse

jerzygrl
5.0 out of 5 stars Magnificent, surreal, and heartfelt by turns
Reviewed in the United States on April 28, 2019
I have never been disappointed by any book in the Object Lessons series, and this may be my favorite. While they always surprise me, this one goes beyond that, weaving memoir, history, film trivia and Freudian analysis into a fervor. Perhaps it's because I bought and read this while spending a week in an NYC hotel (The Algonquin), but this book really hit home for me. Or, rather, this book really hit hotel for me.

A word of anticipatory caution to anyone reading anything from this series: these books are NEVER about what you think they're about, and they're always worth the ride.
Read more
One person found this helpful
Helpful
Report abuse

Christopher Schaberg
5.0 out of 5 stars Your room is ready
Reviewed in the United States on November 6, 2015
I'll admit a little bias here, as I'm the editor who originally acquired this book for the Object Lessons series; but I'm not biased in the sense that when I received this manuscript I was completely surprised and delighted by it (I was not familiar with Walsh's writing before working with her on this project). The book is utterly unique, and therefore it won't be everyone's cup of tea. But if you are interested in hotels as strange spaces, human relationships as sites of struggle and negotiation, and/or creative nonfiction—then this book is a definite must read.
Read more
4 people found this helpful
Helpful
Report abuse

JohnSF
5.0 out of 5 stars Wonderful Gift for the Traveller You Love (and maybe you!)
Reviewed in the United States on November 9, 2015
What a fun read! It's a reflection on the breakup of the author's marriage, a meditation on the new media economy, and a thought-piece on how we experience hotels. Highly recommended -- alongside the rest of the "Object Lessons" books -- as a terrific gift idea.
Read more
4 people found this helpful
Helpful
Report abuse

Page 1 of 1 Start overPage 1 of 1
Previous page
Next page
Pages with related products. See and discover other items: japanese aesthetics, japanese textbook, spanish lesson
Back to top
Get to Know Us
Make Money with Us
Amazon Payment Products
Let Us Help You
EnglishChoose a language for shopping. United StatesChoose a country/region for shopping.
© 1996-2021, Amazon.com, Inc. or its affiliates