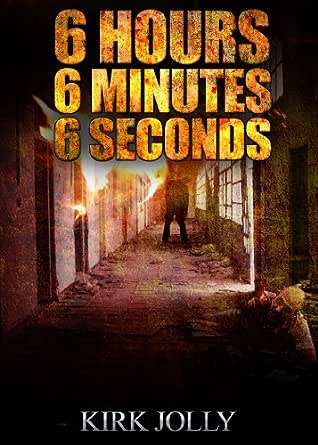 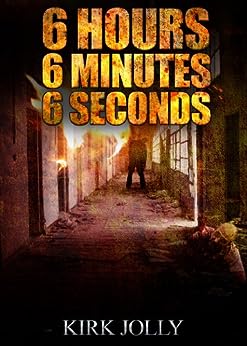 4.2 out of 5 stars
4.2 out of 5
16 customer ratings
How does Amazon calculate star ratings?
Amazon calculates a product’s star ratings based on a machine learned model instead of a raw data average. The model takes into account factors including the age of a rating, whether the ratings are from verified purchasers, and factors that establish reviewer trustworthiness.
Top Reviews

Utterly Undead Reads (and sometimes more)
4.0 out of 5 stars Great read that breaks some of the overdone cult/zombie molds
Reviewed in the United States on September 30, 2014
Verified Purchase
This one grabs you right in from the start and keeps you pulled in until the very last sentence- no annoying lulls to be found. The author's attention to detail in the story makes for a story that flows well and doesn't leave plot holes that distract you from the story at hand.

The idea of the cult, their mission, and their execution of their mission is extremely creative and well thought-out. I'm a huge fan of cults in zombie stories (after all, let's face it, with the Undead would come the super-crazies). Mr. Jolly has taken the common idea of a post-zombie-outbreak cult and put a new spin on their craziness, breathing new life into a sometimes tired idea in the genre.

While the story begins with the focus on the cult, it shifts effortlessly to a cast not engaged with the group. Again the attention to detail really makes the story and the characters. It's a wild ride all around, and I really enjoyed it. The way a few issues are addressed in the end are both superbly written and well done in terms of what transpires.

4 stars instead of 5 based on the fact that I felt like part of the 'meat' of the solution to the problem at hand was kind of rushed at points. Also, while I knew when I purchased this that it was not a full-length novel, it felt like there was a lot of room for expansion to extend the story without adding filler to do so. The author, for whatever reason, chose not to expand by going into some of the experiences of the minor characters (the PeaceKeepers or the other personnel on the ground, so to speak). It just felt like there was so much more of the story to be told from their unspoken parts of the tale, and it would have been even better with these additions. I guess the fact that it kind of bugged me that there wasn't 'more' when there easily could have been so speaks to how much I enjoyed this one.

All in all, a very enjoyable read and I will be moving on to the next installation in the series in the future. Perhaps the other characters' stories that I crave to know will be found there. Perhaps not. Either way, if the second is nearly as enjoyable as the first, I probably won't much mind if I don't find the stories I seek there.
Read more
One person found this helpful
Helpful
Comment Report abuse

Netanella
4.0 out of 5 stars Great Zombie Fun
Reviewed in the United States on January 22, 2015
Verified Purchase
6 hours, 6 minutes, and 6 seconds is the length of time it takes for a corpse to reanimate into the living dead, in this short story horror fun-fest from author Kirk Jolly. There were a few editing issues that could use a good clean up, but these challenges were quickly overcome as the reader became swept up in the storyline. And what a storyline it is, full of action and corpses and brain surgeries on the undead. For a zombie short, the story and setting are unique: set in morgue, pathologist Allen is an exterminator to the undead, removing brains from bodies before the clock is up. But when a mass suicide of religious weirdos exponentially increases the death count, the hospital staff have a hard time keeping up.

Donna
4.0 out of 5 stars Fun book
Reviewed in the United States on January 7, 2018
Verified Purchase
I had a fun time reading this book. It wasn't your typical zombie story. I like the way Mr. Jolly dealt with the bad guy in the story.
Read more
Helpful
Comment Report abuse

Kindle Customer
4.0 out of 5 stars Good
Reviewed in the United States on May 24, 2016
Verified Purchase
Good short story with the best ending. A lot of action for such a short book. Fast read for a short amount of time.
Read more
Helpful
Comment Report abuse

M. Philo
4.0 out of 5 stars The brains sizzle!
Reviewed in the United States on November 22, 2013
Verified Purchase
This book is a great gem. It gives you a new look into the world of zombies. Makes you think. I can't wait to read the next installment.
Read more
One person found this helpful
Helpful
Comment Report abuse

Tamara Sampson
3.0 out of 5 stars Quick read
Reviewed in the United States on January 26, 2017
Verified Purchase
Interesting spin on the zombie apocalypse. Could use more depth and detail, but a good start for a quick read.
Read more
Helpful
Comment Report abuse

Maggie Zinkl
5.0 out of 5 stars So Much Fun!
Reviewed in the United States on December 18, 2013
Verified Purchase
This was a great new zombie story that kept me enthralled. I couldn't put it down and I cannot wait for the part 2!
Read more
One person found this helpful
Helpful
Comment Report abuse

Kevin Mulvey
5.0 out of 5 stars Fans of the living dead will not be able to resist this story
Reviewed in the United States on December 11, 2013
Verified Purchase
A very entertaining story. I love a good zombie tale, and Mr. Jolly did not leave me disappointed! I'm excited to see how this story progresses.
Read more
One person found this helpful
Helpful
Comment Report abuse
See all reviews from the United States

Janet Stewart
4.0 out of 5 stars Excellent story, very entertaining
Reviewed in Canada on January 27, 2015
Verified Purchase
Excellent story, very entertaining. No graphic violence or language. This will take you about 40 minutes to read as does Part 2.
Will look for more of this authors work.
Read more
Helpful
Sending feedback...
Thank you for your feedback.
Sorry, we failed to record your vote. Please try again
Report abuse