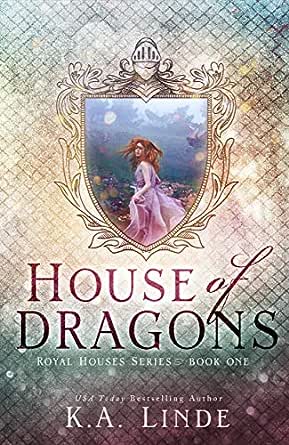 You've subscribed to Royal Houses! We will preorder your items within 24 hours of when they become available. When new books are released, we'll charge your default payment method for the lowest price available during the pre-order period.
Update your device or payment method, cancel individual pre-orders or your subscription at
Your Memberships & Subscriptions
There was an error. We were unable to process your subscription due to an error. Please refresh and try again. 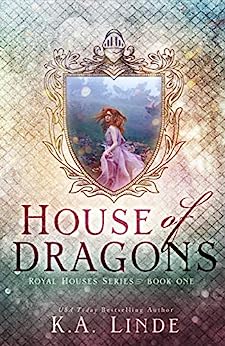 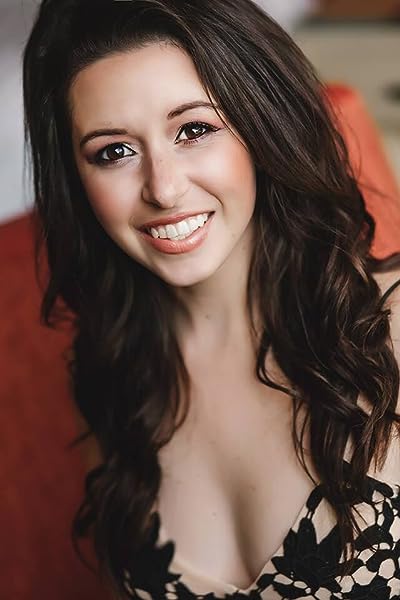 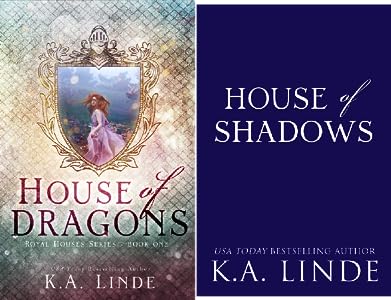 Devin McCain
5.0 out of 5 stars Magic and Mayhem
Reviewed in the United States on October 13, 2020
Verified Purchase
Oh how I missed Linde's fantasy writing! House of Dragons was such a great read. Full of magic, mystery, mischief, strong women and one roguish dark prince, this new world doesn't disappoint. Gimme an underdog, a secret identity or two, and all the magic and dragons!! I couldn't get enough.
Read more
Helpful
Comment Report abuse

Cate at FictionBeerandCupcakes
5.0 out of 5 stars The Princeling and the Half Fae
Reviewed in the United States on October 13, 2020
I received an arc for review. All thoughts and opinions are my own.

You never know until you try. That was my motto going in this book as it was my first book about Fae or Fae like. It also helps that K.A. Linde writes this book as I felt like I floated to a magical land that I never wanted to leave. A land that needed Kerrigan Argon, a heroine who wanted to do the right thing regardless of what the high Fae’s had thought and what rules had been set in place. It was time for a change, and Kerrigan was unknowingly changing the rules and lives of everyone.

“I’m half-Fae, Helly. Half. You can’t possibly understand how everyone treats me because of who I am. I can’t tell people about my abilities. I can’t show who I truly am. And even if I could, no one would accept me for it.”

Kerrigan Argon has lived at the House of Dragons since she was 12 years old. She was taken care of by Mistress Hellina, Helly, for most of her life. It is time she finds her proper place. Kerrigan has spent years sneaking out and going down to the Wastes to fight to earn respect. With her being half-Fae, not everyone is on board with her being around. Some don’t want Fae’s mixing with others. They want to keep the pure just that, pure. With the Dragon tournament coming, she is one of several Dragon Blessed kids chosen by a Society member and lives with them. Though when it comes time to get picked, something unexpected happens.

“Someone once told me that if you master your fear, you’ll do great things. So for most of my life, I’ve walked right into every fear I’ve had. I face them and embrace them. I don’t want to have any fears holding me back on my way to greatness.”

Prince Fordham Ollivier, Ford, of the House of Shadows has lived his life away after the Society banished his tribe. He is now back to fight in the competition for one of the five dragons up for grabs. The tournament is hard, and if it wasn’t for Kerrigan's help, he may not have gotten as far as he would have without her help. Kerrigan was assigned to help him with anything he needs; having a half-fae assist him is not what he wanted. The House of Shadows has been known to get rid of anyone who isn’t pure Fae. He should not like or fall for Kerrigan, but he decides to help train her for her upcoming fight with the notorious Basem Nix. Will helping Kerrigan be his downfall?

“Where’s your sense of adventure, princeling?”
“Securely on the ground.”
“Are you afraid of heights?”
“Heights? No, falling from extreme heights – like off the back of a dragon, for instance....”

After the last tournament that happened five years ago where a human entered the game and won, riots occurred in the streets. The Red Masks were an anti-human and anti-half-fae no likey group. They went to the streets burning anything and everything in sight. Kerrigan had nightmares from what she experienced with them. If it hadn’t been for an unlikely person who saved and brought her back to health, she might not have been around to see this tournament. Will the Red Masks once again prevail to instill fear or will they once and for all be obliterated?

This book was everything, and even while I am typing this up now, I am already planning for a reread before it comes out. It was that freaking good. I love Kerrigan. I want to be her, but I don’t think I would have the courage to do what she does with as must gusto. I love her courage to do the right thing. I also fell in love with the broody Prince Ford. He grew on me, and I started rooting for him to win the tournament. Though to be honest, the workout that he had Kerrigan do would have taken me out. He had her run miles. I can run maybe a mile if I need to, but cardio isn’t my jam at all. I also wondered who was behind the Red Masks, as to who would have that much dislike with people just because they were different. Though you will have to read the book find out!

I highly recommend this book and hope you enjoy it as much as I did.

Escapist Book Blog
5.0 out of 5 stars Transport yourself into a mystical world full of magic, mystery, murder and mayhem!
Reviewed in the United States on October 14, 2020
4.5 stars!!

House of Dragons is set in a world where full-blooded Faes are at the top. Humans and half-Faes are on the bottom, and they are the ones who must fight for their place in the world and Kerrigan is among them. She is half-Fae who doesn’t really belong anywhere. She was left at Draco Mountain when she was a child to be a Dragon Blessed and at the age of sixteen she can be chosen by a tribe to join their clan. However, things don’t go as planned when it’s her turn at the ceremony and she isn’t chosen. Now she must figure out how to convince a tribe to take her or she will be bound to the Dragon Society forever.

It’s been ages since I have read fantasy and I am so glad that this is the one that brought me back into a mystical world full of magic, mystery, murder and mayhem. The vivid imagery transported me to Alandria and gave me a whole new world to captivate me along with wonderful characters who drew me in.

Kerrigan is a fantastic character. I love that she takes things into her own hands and doesn’t let fear stop her. She does what she needs to do stay alive and make a place for her in this world. Her fight is constant but she never backs down. I love her perseverance. With obstacle she encounters, her determination to overcome it gets stronger. She’s not perfect though and gets help along the way form the most unlikely of characters.

Fordham is of the House of Shadows, the group of Dark Fae who were cast out of the land. They are known for their brutality to all who are not full-blooded Fae. He comes to Alandria for personal reasons, set on keeping to himself, and ends up spending way more time with Kerrigan than he imagined.

Kerrigan and Fordham are awesome together. They begin as enemies but slowly form an alliance. They are both hiding secrets and have their own vulnerabilities and insecurities. I liked seeing the trust build between them and the start of a what could be a wonderful romance. However, there are complications that won’t allow them to pursue the feelings that are growing and I was curious if they could ever make it work.

The mystery is well written and keeps you guessing as the story unfolds. There are heroes and villains, friends and foes. Characters who want to lift Kerrigan up and those who want to tear her down. And we can’t forget about the crime lord, Dozan, who wants to own her.

I loved the way the characters are weaved together and all the magic surrounding them. I loved the dragons and connection they have to the characters. I loved the competition, the challenges and the action packed fighting. I wanted to know all of the secrets and enjoyed all of the twists and turns the story took. It’s an exciting new series to get obsessed with, and I couldn’t put it down.

I love that we are not left with a gut wrenching cliffhanger. We still have questions and the ending promises more of this world. More Kerrigan and Ford. More magic and dragons. And more of everything I love in this book! I can’t wait, House of Shadows is coming next year!
Read more
Helpful
Comment Report abuse
See all reviews