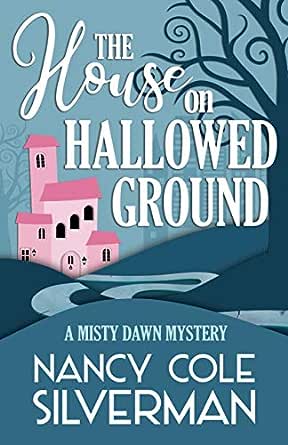 You've subscribed to A Misty Dawn Mystery! We will preorder your items within 24 hours of when they become available. When new books are released, we'll charge your default payment method for the lowest price available during the pre-order period.
Update your device or payment method, cancel individual pre-orders or your subscription at
Your Memberships & Subscriptions
There was an error. We were unable to process your subscription due to an error. Please refresh and try again. 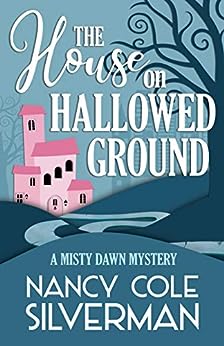 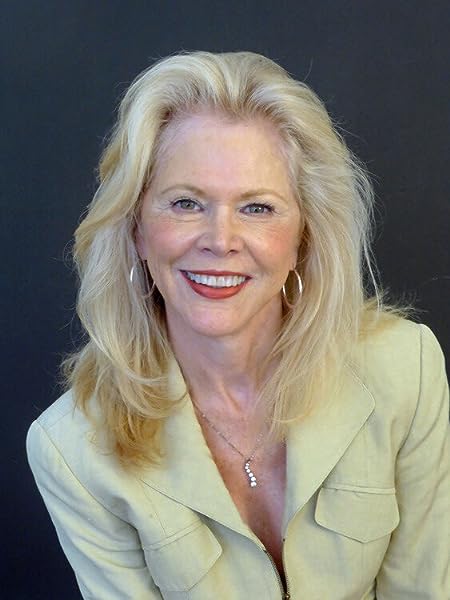 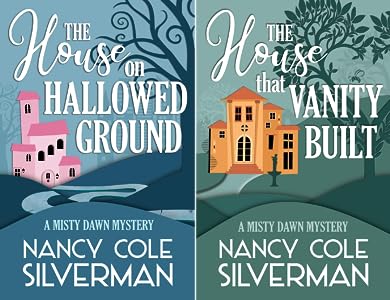 4.7 out of 5 stars
4.7 out of 5
30 customer ratings
How does Amazon calculate star ratings?
Amazon calculates a product’s star ratings based on a machine learned model instead of a raw data average. The model takes into account factors including the age of a rating, whether the ratings are from verified purchasers, and factors that establish reviewer trustworthiness.

R.H. McCort
5.0 out of 5 stars A new series by Nancy Cole Silverman
Reviewed in the United States on September 26, 2019
Verified Purchase
Nancy Cole Silverman who we have enjoyed as the author of the Carol Childs series introduces us to Misty Dawn a Psychic to the stars of Hollywood. Denise Thorne a realtor and client of Misty's brother has passed away and Denise makes Misty a deal of renting her brother Wilson Thorne house. Wilson was a Hollywood set designer, come along when Zoey the granddaughter of Clifton Chamberlain asks Misty to come to her newly purchased home, The Pink Mansion and solve the mystery of a possible ghost. At times you will find your self laughing out loud while Misty along with the ghost of Wilson solve the mystery. Great new series and waiting for book 2
Read more
One person found this helpful
Helpful
Comment Report abuse

J. M. Varner
VINE VOICE
5.0 out of 5 stars A ghostly mystery
Reviewed in the United States on February 8, 2020
Verified Purchase
The House on Hallowed Ground by Nancy Cole Silverman was an excellent start to a new series. Misty Dawn was a very down-to-earth main character. Also down on her luck and needing a little help from her long time friend and client,Denise Thorne. Denise provides Misty with her brother's home to live in. Although Denise's brother, Winston, has died, he has not left the house. Misty and Winston are soon drawn into a murder mystery that kept me quickly turning the pages. I am looking forward to the next one in the series.
Read more
One person found this helpful
Helpful
Comment Report abuse

MaryLee2183
4.0 out of 5 stars Kept me guessing!
Reviewed in the United States on October 29, 2019
Verified Purchase
If I could, I'd give this book 4-1/2 stars. I enjoyed this mystery very much. I'm a little leery of books about psychics and ghosts--some of the supernatural mysteries I've read simply didn't move me enough to suspend my disbelief. Despite my initial skepticism, I found myself drawn into the main character's predicament as well as her explanations about psychic phenomena. Silverman weaves in enough humor, subplots and pathos, and she kept me guessing about the murderer's identity. I look forward to reading other books in this series.
Read more
One person found this helpful
Helpful
Comment Report abuse

Mary Beth Garber
5.0 out of 5 stars Hauntingly Wonderful
Reviewed in the United States on September 14, 2019
Verified Purchase
I have always enjoyed Nancy’s Carol Childs books, so I expected to like this one based on a character from that series. But—I LOVE this new, what I hope will be a series, book! I found it enchanting, entertaining, educational (I always learn something new from her books) and addictive. The ghost — Wilson — is a perfect curmudgeon, delightfully reminiscent of ghostly characters from movies and TV shows of the 40s and 50s. Nancy mixes in a good amount of suspense and witty dialogue. Excellent story. What a great read!!
Read more
One person found this helpful
Helpful
Comment Report abuse

Kindle Customer gsm
5.0 out of 5 stars Good story, good characters.
Reviewed in the United States on February 4, 2020
Verified Purchase
I am fully hooked on the story line and characters. Very smooth writing. Story just carried me along and I didn't have the urge to skip ahead even once; wanted to share the story the whole way through. Enjoyed it to the very last word!
Read more
One person found this helpful
Helpful
Comment Report abuse

R. Harris
5.0 out of 5 stars A fun and light mystery
Reviewed in the United States on May 12, 2020
Verified Purchase
This was an easy and fun read with good character and story developments. I really liked the psychic knowledge and ghosts!
Read more
Helpful
Comment Report abuse

vegas92(AnyGoodBook)Top Contributor: Crochet
5.0 out of 5 stars Misty Finds a Ghost (and Murder)...
Reviewed in the United States on September 10, 2019
Misty Dawn is a psychic who's helped both the police and the FBI solve crimes. But since she never saved any money, she's currently living in her VW van with her cat, Bossypants. On this day, however, she's given a chance at a real home. One of her clients, realtor Denise Thorne, has offered to let her live in her late brother's home in exchange for regular readings. With some misgivings, Misty decides there are more pros than cons and agrees to the arrangement.

What she doesn't expect though, is the fact that Wilson Thorne, who was a movie set designer, would still be living in the home. Sort of. Since he's a ghost and all. And he doesn't want to share his space with Misty or especially her cat, since he's allergic. However, Misty isn't afraid of ghosts, having dealt with them in the past, and she's not going anywhere. So eventually they come to an uneasy truce, although Wilson isn't happy about it.

Then a young actress shows up at Misty's door; a young woman named Zoey - and Wilson already knows who she is. Zoey is convinced her new home - nicknamed the Pink Mansion - is haunted, and she wants Misty to find out why the ghost is there. When Misty is waffling about helping Zoey, Wilson convinces her to do so, and agrees to help, too. Once Misty knows she's won in her battle with Wilson, she agrees.

But when a murder occurs, Misty soon finds herself involved with the history of the house and more than she's looking for, and none of it is good. Now she needs to help Zoey, help the police find a killer, and help Wilson find out why he's still stuck in the human world...

This is the first book in a new series, and a very good start. If anyone has read the Carol Childs series by the author, they will have remembered Misty Dawn as having shown up on Carol's doorstep one day, much as Zoey showed up on hers. But then, Misty wasn't asking for help, she was there to help Carol (mostly against Carol's will), and help her get into a good place in her life.

Now Misty has her own beginning, and quite a delightful one. I do love stories about ghosts (as long as they're not poltergeists), and I love it especially when they interact with the living. In this, Ms. Silverman does not disappoint.

The story is written very well, and with plenty of things occurring around Misty, and it's wonderful to watch her 'read' the people around her to get to the core of it all. Her ability to see and hear things others aren't aware of is the main charm of the story. It draws you into the action, and the developing friendship between Misty and Wilson is indeed worth reading. Ms. Silverman has created an entertaining cast of characters that bring the story to life, and I find myself eagerly awaiting the next book in the series. Highly recommended.
Read more
2 people found this helpful
Helpful
Comment Report abuse
See all reviews from the United States