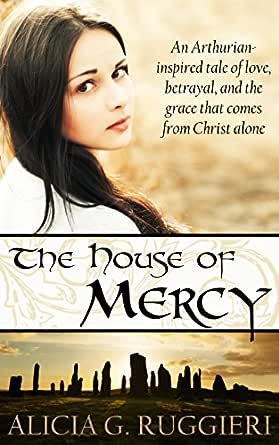 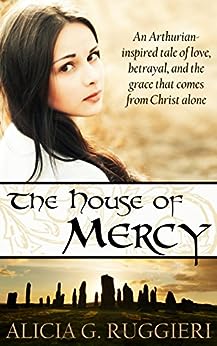 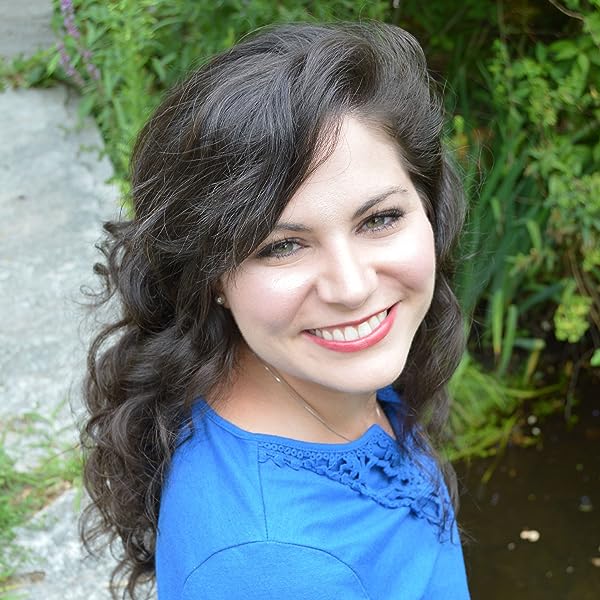 The House of Mercy Kindle Edition

The themes are raw and real and thought-provoking. [The author] confronts some very weighty issues head-on, without apologizing for the disturbances they may cause to the reader's psyche. And yet, the theme of the Lord's mercy so sensitively touches every hard providence. -Rebekah Neal, readytobeoffered.com

From the top of this lone hill,Hamish felt bodily--though not emotionally--distanced from the fort.  Enough so that he could swing his mountaround and pause, gazing at the smoldering stronghold.  His heart wrenched as he heard the faintlamentation echoing through the valleys.
Mykinsmen.
Manyhad lost their lives in the days-long siege of Dunpeledyr, "hillfort of thespears."  Hamish's people, the Votadini,had made Dunpeledyr their home for as long as the memory of these northernlands stretched.  And they had calledone, Eion, son of many noble men, their royal chief for a dozen years now.  Wisdom crowned that man's brow as visibly as anydiadem.  A well-skilled leader in war,poetry, and the honor of the gods.
Andyet he was no more.  Southern forces, ledby that clever butcher Weylin, had ravished the ancient holding, slitting thethroat of Dunpeledyr's chief.  Themessage from the South was clear:  Totaldestruction would result if a leader refused to submit to the young warlordArthur Pendragon.  As Hamish's eyesriveted to the smoking fortress, grief clenched his jaw afresh.  Hardened warrior that he was, the sightforced him to turn away.
Toturn away and look down upon the dirty, sleeping face of the young childstrapped to his chest.  Hamish recalledhow a short time earlier, the walls of Dunpeledyr ready to give way, LadySeonaid had pressed the child into his arms...

"Takemy son!" she choked.  "Take Padruig toArthur."
Hamishlooked at her, puzzled.  "To Arthur, mylady?  He has caused all of this.  Why would I take your child to him?   'Tis taking him to his death!"
Seonaidshook her head.  "Arthur will protecthim.  He will be good to him.  An orphan himself, he will shelter my son."
"Mylady, why are you still here?"  Hamishglanced around at the flying arrows, some tinged with orange flame.  Panic rose within his chest.  "You must go now!  A horse stands ready at the southernwall.  Go, Lady Seonaid.  I beg you.Take the child and go!"
Coughing,Seonaid pressed the little boy into the fighter's capable but reluctantarms.  "I must stay with Lord Eion.  Take the child, Hamish.  Please."Her eyes begged him.
Hamishhesitated for just a moment, then nodded.Duty and oaths required his obedience.  "All right, my lady.  The child shall arrive at Camelot safely bymy hand, if the gods spare me.  I swearit."

Alicia G. Ruggieri grew up breathing in the salty air of coastal New England. She now writes grace-filled, Christ-centered fiction from her home in Wisconsin, where she lives with her husband and sweet second-hand mutt. She loves old graveyards, dusty libraries, and excellent cannolis ~ not necessarily in that order.

To learn more about Alicia's books and to connect with her, visit: aliciagruggieri.com and facebook/AliciaGRuggieri.
Read more