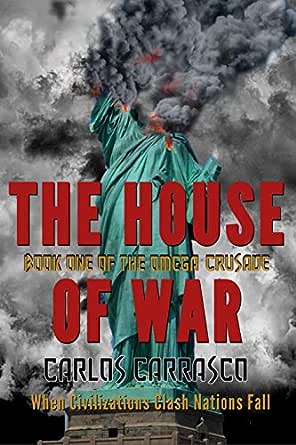 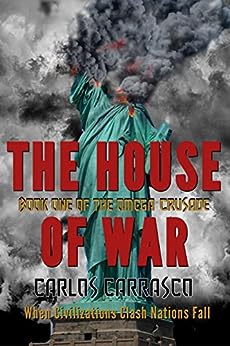 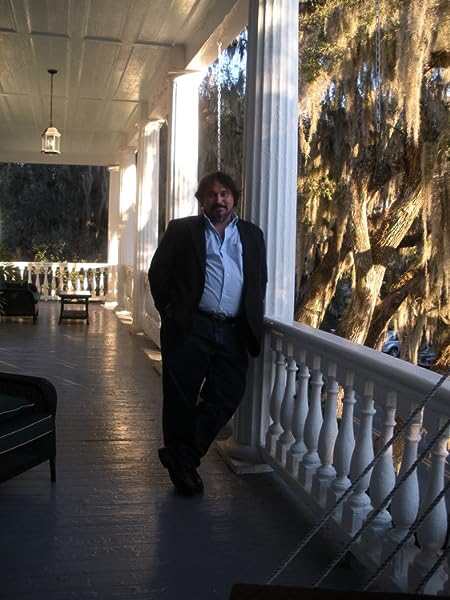 The House of War: Book One Of : THE OMEGA CRUSADE Kindle Edition

4.1 out of 5 stars
4.1 out of 5
12 customer ratings
How does Amazon calculate star ratings?
Amazon calculates a product’s star ratings based on a machine learned model instead of a raw data average. The model takes into account factors including the age of a rating, whether the ratings are from verified purchasers, and factors that establish reviewer trustworthiness.
Top Reviews

Rick Vincent
3.0 out of 5 stars A Walternate Universe
Reviewed in the United States on March 16, 2015
Verified Purchase
Disclaimer: I received a free copy of this book in exchange for an honest review.

Carlos Carrasco's strength is his writing. His characterization is excellent and he is skilled bringing his characters alive. Sometimes he shows real promise as a writer, and I am almost swept away. Yet, good writing, doesn’t equate to good story. House of War would be better categorized as a conglomeration of short stories rotating around a single plot idea rather than a narrative exploring a theme through a core cast of characters. New characters are introduced in virtually every chapter, and the reader suffers from character overload.

House of War would have been better set in a Walternate universe (Fringe TV series) as the past is flush with events that never happened. In this Walternate/alternate universe, I could have swallowed Nancy Pelosi becoming President and then dying in a Latin America terrorist attack. I could have stomached D.C. Mayor Barry Marion, the fanatic Maxist and overblown evil-doer, trying to rain on the Catholic’s Christmas mass celebration. In the Walternate universe, the U.N. viability panels euthanizing the elderly and forcing abortions on mothers might have even seemed viable. But the convenience that no lives are taken during the Christian coup, that this cabal of Christians is made of hundreds, even thousands of conspirators and not one blows the whistle, was difficult to swallow even in the Walternate universe. Unfortunately, sewing together fictional events in a past context and not filling major plot holes tears at the fabric of fiction. The goal is to make us believe something plausible. House of War comes off as more of a tall-tale, a genre better categorized as fantasy rather than thriller.

Essentially the plot centers around a group of Christian rebels led by retired Colonel Miguel Pereira who manages to knock out every satellite and wipe out the Internet. Through frayed communications, they then quickly take over the government to 'take the nation back.' God’s plan, of course, goes off without a hitch. Many sermons and long dogmatic passages are interlude. In the Walternate universe, Islamist fundamentalists are allowed to take over Detroit, but Christians are fined egregious sums for crossing themselves with the trinity. All of this is fodder for a long, drawn-out, right-wing story where the book is a podium for every conservative issue under the sun. And, it reads like it. As a reader, I don’t care if you give me a character who has extreme views (better told in first person), but I think few readers enjoy being preached to. Even Christian right-wingers might find House of War overly heavy-handed. I certainly did.

Having said all that, I would read Mr. Carrasco’s work again if he stepped off the pulpit and just told a nice story without miring it in his own views and hard-to-swallow plot devices.
Read more
4 people found this helpful
Helpful
Comment Report abuse

Tom Bri
4.0 out of 5 stars I'd buy another book by this author.
Reviewed in the United States on October 31, 2015
Verified Purchase
I both loved this book and didn't like it. The author has some wonderful strengths. The action was gripping, and I read in in one day. Could not stop reading! He draws characters with a fine line and brings them to life, and gives them great dialog. The flaw? Long speeches. Some parts I just skimmed, eager to get to the next bit of action. Some of the details require a high suspension of disbelief.
Bottom line is I would definitely read a follow-up to this book, and probably pick up anything else this guy writes. I don't see any other books on Amazon by Carlos Carrasco. If this is a first novel, it suggests great things to come.
Read more
Helpful
Comment Report abuse

Amazon Customer
5.0 out of 5 stars Keeps you engaged.
Reviewed in the United States on January 24, 2017
Verified Purchase
Enjoyed the characters and the complex plot. This is one book you do not want to put down once you get in it. Lots of plots and characters to keep you entertained. Already see many of the plot specifics happening. A frighting picture of the near future.
Read more
Helpful
Comment Report abuse

WALDABA
3.0 out of 5 stars it could have been oh so much better!
Reviewed in the United States on September 6, 2014
Verified Purchase
The constant and LONG passages of liturgical context could have been omitted and the story line would have been a much better read!
Read more
One person found this helpful
Helpful
Comment Report abuse

john grant
5.0 out of 5 stars Timely commentary on the state of affairs in the USA, the Church today. Nicely woven look into the future of what 'could be'.
Reviewed in the United States on January 7, 2013
Verified Purchase
An interesting look into the future of the Church and the US, written with an eye on all of the different political, social and flash point topics of today. The writer will take you into the near future, and show just what might we find there. The story is woven from today's curent issues, and is presented in a suspenseful manner that will keep you turning the pages to learn what happens next.

This is an erudite and thought provoking examination of today's headlines projected into the author's view of a very possible future.

If you are a tree hugging loony lefty, such as the one who objected to my review of 'The Lorax', you will not like the ideas presented by the author. I would urge you to read it all the same, open your mind to other ideas just once at least, but I hold no illusions to that possibility.

I enjoyed this book, and reccomend it highly, with no reservations whatsoever.
Read more
11 people found this helpful
Helpful
Comment Report abuse

Anna
4.0 out of 5 stars A thinking thriller
Reviewed in the United States on March 23, 2014
Verified Purchase
Well written and with a good mixture of pace and ideas to keep the reader hooked. A series entitled 'crusade' sounds long winded for a novel that, on its own, was short and sharp and packed some good punches.
Read more
4 people found this helpful
Helpful
Comment Report abuse

Robert Gale
4.0 out of 5 stars a must read
Reviewed in the United States on July 26, 2014
Verified Purchase
Good reading with a desire to get to the ending as soon as possible.
Read more
Helpful
Comment Report abuse

Papa Bass
5.0 out of 5 stars Wow!
Reviewed in the United States on October 7, 2013
Verified Purchase
Very appropriate for 2013 and beyond. Agree with other reviewers. It was not easy to put this book down once I started reading. Curious to see what Book #2 has. Very good read, story is fast in some places so hang on, very entertaining.
Read more
5 people found this helpful
Helpful
Comment Report abuse
See all reviews from the United States

islanderray
5.0 out of 5 stars It's almost erie
Reviewed in Canada on May 5, 2013
Verified Purchase
After a slow start this book really gets you thinking could it really happen, I can't wait for book two. More please
Read more
Helpful
Sending feedback...
Thank you for your feedback.
Sorry, we failed to record your vote. Please try again
Report abuse