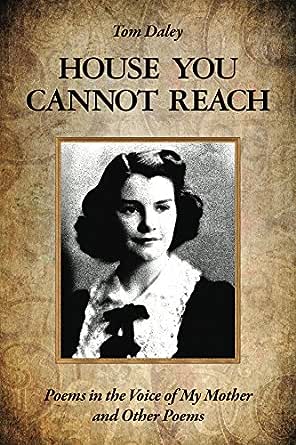 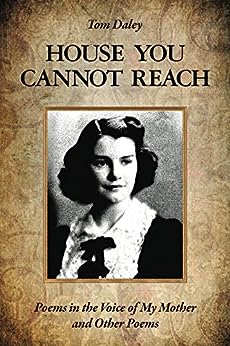 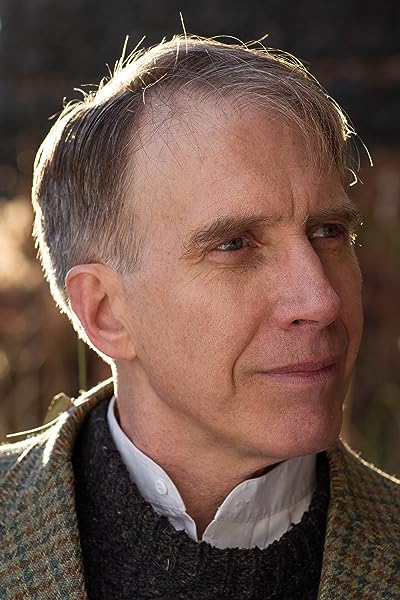 At once pervasively and delicately textured, always richly imagined, the poems offer the rare accomplishment of genuine performance for the page. These poems, most channeling the wildly indelible voice of the poet's late mother, are equally obsessive in their attention to tone and detail, and exuberantly ranging in scene and song. What they ultimately embody is a portrait of self-through-another, another-through-self, that would frame the "unmendable chaos of loss," that would remind us "to suffer / is to stand still." Daley's is a poetry of vital, sweeping movement, unstinting emotional honesty, and verve. --Daniel Tobin

. . . a treasure of poems drawn from a life examined with the surety of remarkable craftsmanship. There are stunning turns of lyrical achievement, such as the penetrating image of the tide pulling the wind past one's ears to where sight and sound form what comes to be the unfathomable mystery of family. Daley has given us this gift, impressive in its beauty, inspiring in its emotional balance. --Afaa Michael Weaver

A remembered and re-imagined mother dwells at the center of this book. She is by turns imperious, solicitous, vulnerable, dejected, bitter, devout, in all a woman vividly flawed, but utterly alive. Even after a stroke, her mind wandering in the most fascinating ways, she is truly a presence to be reckoned with. She is the muse who inspires these beautifully crafted poems and their nuanced exploration of the mystery of origins, the where and who we come from. --Fred Marchant

To write in the voice of a persona is of course nothing new to America poetry, but to do so with such emotional and psychological alacrity is rare. Tom Daley's moving and beautiful poems, written from the point of view of his mother, are so convincing that when I reached the end of this manuscript, I had to remind myself that it was Mr. Daley speaking to me, and not his mother. This level of expression can only be accomplished as a result of a keen and unwavering attention to craft, without any easy surrender to sentimentality, and with an ear for the subtle music of good, clear human talk, and with a regard for language that is never dull and always surprising. I cherish these poems.  --Bruce Weigl
--This text refers to the paperback edition.

Tom Daley worked as a machinist for over two decades and now leads writing workshops in the Boston area and online. Recipient of the Dana Award in Poetry and the Charles and Fanny Fay Wood Prize from the Academy of American Poets, his poetry has appeared in Harvard Review, Massachusetts Review, Fence, Denver Quarterly, Crazyhorse, Barrow Street, Prairie Schooner, Witness, and Poetry Ireland Review. --This text refers to the paperback edition.

missmickee-bookreview
5.0 out of 5 stars A Poet's Tribute: A Mother's Life (And Afterlife) Recalled....
Reviewed in the United States on July 30, 2017
Verified Purchase
The first noticeable thing about this unusual and incredibly well crafted poetry collection: "House You Cannot Reach" is the beautiful vintage cover of Tom Daley's mother Mary Dowling Daley (1923-2010). Daley, an award winning poet recalls the life of his mother in a narrative featuring a confessional alternative style. Some of the themes feature his parents marriage and divorce, spirituality and Catholicism, physical and mental health issues including the loss of Daley's younger brother to suicide.

The poems feature telling titles that tell more about the narrative than many of the linear free style verses. It isn't always possible to understand the meaning with so many of the poems written in abstract and metaphorical form. In "My Mother's Utterances on the Feast of Corpus Christi" Daley's mother observed "My son, your brother/disappeared into the choir loft/and came back miming a suicide/coming back as Assisi.."
Many of the poems throughout the collection have equally descriptive titles: "My Mother Explains My Father's Wanton and Serial Philandering"--"What My Mother Forgot To Tell My Only Living Brother on HIs Birthday"-- "My Mother Imagines She is Speaking to My Father on the Twentieth Anniversary of Their Divorce"--"My Mother Imagines a Reunion of Her Children in California After Her Death"--"After a Stroke, My Mother Denounces a Nurse's Aide in the Rehab Clinic"-- "After a Stroke, My Mother Addresses Children in a Photograph of a Sidewalk in Port-au-Prince"--"After a Stroke, My Mother Explains Purgatory"-- "My Mother Speaks to Me on the Morning of Her Cremation". Some of these unconventionally titled poems are longer and include vivid imagery and detail.
*With thanks and appreciation to FutureCycle Press for the direct e-copy for the purpose of review.

I. Nebel
5.0 out of 5 stars Necessary reading for students and lovers of poetry
Reviewed in the United States on June 29, 2015
Tom Daley's book of poetry: HOUSE YOU CANNOT REACH, is a book that must be read by all students and lovers of poetry. If you ever had a teacher try to tell you how to write to better express the inexpressible, then read this book. Tom Daley shows, with every stanza, how to say things we barely have courage to imagine. Every poem, from topic to voice to intensity, is completely original.

If you are standing up while you are reading it, you have to sit down. Every page is like a perfectly ripe piece of fruit that you know you have to eat right away, but you want to savor it. You almost can’t because of the urgency of wanting to rush from one line to the next. Each poem fills me but makes me greedy for more.

Do you remember when you were a child and you snuck into your sister's room? And you always wished you would find something that would inform you of some answer to a mystery you can't comprehend? That is what this journey into his mother's heart is like, but he merges with her, not only with her personality, but with the totality of the meaning in her life, so that her experiences and feelings are ours. Directly. It is moving and disconcerting. One poem I had to read over and over again. (My Mother Tells Me What She Was Thinking When the Visiting Angel Gave Her a Bath). I thought, this poem can't mean what I think it means, because Daley never tells it, he just shows, and you only know it’s there because your heart is stricken. I was not the same afterward. Something inside me was flipped, a little switch, that you can't undo. It was powerful and disturbing and soothing all at the same time.

Think of when you were little and saw those wooden Russian dolls, one inside the next, inside the next. Each one was so beautiful it hardly seemed possible there could be two of its kind. And then you opened the very last one and held it in your hand, satisfied that you had reached the whole one, but also so very deeply sad. Each word within each line within each poem is like those dolls. It makes me cry just to think about it. Thank you Tom Daley, for sharing your amazing mother. A courageous undertaking, because our mothers are our world. For better or for worse, they define us or we define ourselves by their love for us or our love for them. In addition to its astonishing lyrical value, the power of this book is that I have never seen anyone else demonstrate the 'oneness' of the experience. We all wish we could do the same.

In its impact, it is great art. In its execution, it is pure craft. In its understanding, it is genius. And in the realization of its ambition, it is the embodiment of love.

Vicki Poulos
5.0 out of 5 stars I highly recommend this book
Reviewed in the United States on July 7, 2015
This elegant and highly versatile artist has finally put himself on the map with "House You Cannot Reach." Throughout these poems we get to see Daley's remarkable blend of technique (craft) and imagination (language) at play in a range that would be less arresting were it not made by this incredible balance between a nuanced hand and its evocative eye. These poems are poignant, provocative, and gut-wrenching on a, for me, and I believe for most of us, very personal level. I highly recommend this book. It left me wanting more!
Read more
Helpful
Comment Report abuse

Avid Reader!
5.0 out of 5 stars stunning
Reviewed in the United States on July 8, 2015
A stunning collection. In Daley’s latest book the reader is absorbed in the vivid world of the poet’s late mother in all her dimensions. These poems are beautiful, honest, heart-wrenching, and brutal at times. Daley has a gift for making the world come alive with his finely crafted and lyrical language.
Read more
Helpful
Comment Report abuse

Jenny L. Grassl
5.0 out of 5 stars like no other
Reviewed in the United States on July 1, 2015
The subject of this book is a mother, like no other. The poems are like none I've ever read. The experiment with identity, while preserving the humanness of the mother, goes right to the edge, in language I couldn't look away from. The dazzle of this book leaves sunspots on my old view of things.
Read more
One person found this helpful
Helpful
Comment Report abuse
See all reviews from the United States