The Houses of Time and millions of other books are available for Amazon Kindle. Learn more 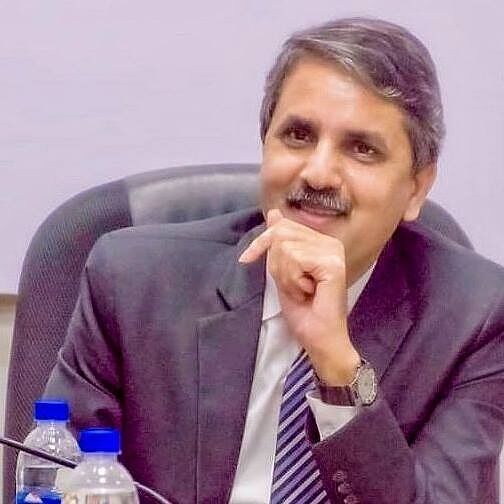 by Jamil Nasir (Author)
3.7 out of 5 stars 8 ratings
See all formats and editions
Sorry, there was a problem loading this page. Try again.
Read more Read less
Previous page
Next page

Nasir (Tower of Dreams) combines lucid dreaming, unconscious desires and the search for God in this lugubrious exploration of different layers of reality. Aging, skirt-chasing lawyer David Grant studies lucid dreaming with Dr. Thotmoses at the Trans-Humanist Institute, hoping to dream up the most perfect woman possible and incidentally discover the underlying truth of life. When Grant falls in love with Thotmoses's daughter, Kat, he chases her through multiple dream worlds until he learns to control his dreams and propel himself into other realities. Soon he learns that Kat's family wants to use his abilities to plead on their behalf before God. As multiple realities flood his life, Grant believes himself insane and must choose whether to accept the godlike gifts he has been offered or live as a crazy person in a damaged body. Though Grant trudges toward enlightenment, his misogynistic attitudes and lengthy disbelief in his talents soon make for tedious reading. (Apr.)
Copyright © Reed Business Information, a division of Reed Elsevier Inc. All rights reserved.

"[Nasir is] a writer who loves words and can turn them into the vital stuff of experience....You'll see a world through new eyes."--Jack Dann

"A dazzling achievement that heralds Nasir as a bright new voice in science fiction."--Booklist on Quasar

"An interesting new writer."--The Washington Post Book World
"The overall effect of the novel is that of a disturbing vivid dream. Recommend this great book to Neal Stephenson and William Gibson fans ready for a cultural cyberpunk twist."--Voice of Youth Advocates on Tower of Dreams

Jamil Nasir has won great recognition and a large readership through the publication of his short stories in Asimov's, Universe, Interzone and Aboriginal SF. He is the author of four novels: Distance Haze, Tower of Dreams, Quasar, and The Higher Space.

Madam Dybala
VINE VOICE
5.0 out of 5 stars At last another wonderful Jamil Nasir book!
Reviewed in the United States on April 15, 2008
Verified Purchase
I have been faithfully waiting for another of Mr. Nasir's imaginative books for years! He is one of the few authors that satisfy my need for more stories as fine as P. K. Dick's were. This book satisfies 100%! It is the story of a lawyer, David Grant, who has lucid dreams, and what happens when he goes to a researcher (Dr. Tutmose - love the name). As David learns to control his dreaming, he discovers that the world, universe is more complicated than he imagined, and the true nature of his dreams is revealed to him. I don't want to spoil this wonderful book by saying too much more, other than 1) buy this book if you love wonderful writing, well constructed plot, and a satisfying end, and 2) Mr. Nasir, please work harder and publish more frequently!!
Read more
5 people found this helpful
Helpful
Report abuse

Tarik Ahmed Elseewi
5.0 out of 5 stars Profound and well told
Reviewed in the United States on February 4, 2013
Verified Purchase
This book is captivating. I read it over a day and a half, obsessively. To both an avid reader of speculative fiction and as an academic who philosophizes, this book was compelling. It's smart, it's sad, it's relevant to contemporary life. The author takes on questions of reality and perception in a way that does not betray science, reality, or religion but brings them strangely together to confuse and yet touch the reader.
I loved this book. You should read it.

Roger Carlson
5.0 out of 5 stars Another great book from Nasir.
Reviewed in the United States on May 20, 2008
I'm very demanding regarding what I read for entertainment. I can't stomach Steven King, John Grisham, and all the other schlocky hacks who may know how to plot but cannot write an interesting sentence. Jamil Nasir is not your run of the mill genre writer; he writes beautifully and constructs plots that make you keep reading. There is also much to chew on intellectually in his books. It's like eating a great tasting, healthy meal. Tower of Dreams and Houses of Time are two of the most entertaining books I've read in years.
Read more
3 people found this helpful
Helpful
Report abuse

Amazon Customer
4.0 out of 5 stars fascinating New Age look at God
Reviewed in the United States on April 2, 2008
Attorney David Grant has spent much of his adult life chasing women, but as he turns middle aged he finds chasing skirts becoming tedious and wonders if that's all there is in life while recently thinking of his paragon of the perfect female. He signs with the Trans-Humanist Institute where he hopes Dr. Thotmoses can guide him to fantasize about the perfect woman in a dream state as he has given up ever finding his ideal in real flesh.

However, Grant is shocked when he falls in love for the first time with Thotmoses' daughter Kat. He pursues her in a variety of dream realms as he learns to control his fantasies. Thotmoses persuades him to defend him and his family to God. As he begins to believe he has lost his mind, Grant questions with his womanizing history whether he is worthy to present a defense when God is the judge, jury and executioner.

This is a fascinating New Age look at God through the mind of a person who feels inadequate due to his cavalier treatment of women. David can live his life as the supreme being of his dreams or the reality of a failed maniac in an aging body wondering what if. Although too much time is spent on his doubting Thomas belief that surpasses in length Wayne and Garth making them seem worthy of Alice Cooper, THE HOUSES OF TIME is an interesting look at what is God in the information age.

Kate
2.0 out of 5 stars Good idea, poor execution
Reviewed in the United States on December 30, 2010
The Houses of Time had some really great ideas for a story, but Nasir didn't seem to have the storytelling skills to pull it off. The misogynistic protagonist who doesn't seem to change much throughout the story is impossible to like, and the other characters are frankly unbelievable as characters (Kat) or have no personality at all (everyone else). Characters that are not the protagonist act only in ways that advance the plot, which makes them hard to connect to, while the plot itself moves at a glacial pace. The writing itself is decent, though there were spots of poor grammatical choices that could have used a better editor. At times, it was quick and interesting to read, but the majority of the book was just slow and tedious.
Read more
One person found this helpful
Helpful
Report abuse

LuckyOne
5.0 out of 5 stars Thoroughly Intriguing!!!
Reviewed in the United States on September 8, 2012
Really enjoyed this book. It was inventive, engaging and thought-provoking. I really liked his writing style...very fluid and memorable. Mr. Nasir has a great imagination and I look forward to reading more of his works.
Read more
Helpful
Report abuse

V. Lyons
5.0 out of 5 stars The Houses of Time by Jamil Nasir
Reviewed in the United States on June 16, 2008
I thought this was a very interesting and readable book by sci-fi writer Jamil Nasir. I could hardly put it down! Very intellectually stimulating and thought provoking ideas! Highly recommended.
Read more
One person found this helpful
Helpful
Report abuse

william owen
1.0 out of 5 stars Dream or Reality
Reviewed in the United States on July 5, 2008
The author is living in a dream world if he thinks this book will sell enough copies to pay the rent. The story wandered in and out of reality and dreams. You couldn't tell which was real and which was a dream. The main character lacked any common sense. The ending fell flat and the last page didn't haven any connection to the story. What a waste of time and space.
Read more
One person found this helpful
Helpful
Report abuse
See all reviews
Back to top
Get to Know Us
Make Money with Us
Amazon Payment Products
Let Us Help You
EnglishChoose a language for shopping. United StatesChoose a country/region for shopping.
© 1996-2021, Amazon.com, Inc. or its affiliates