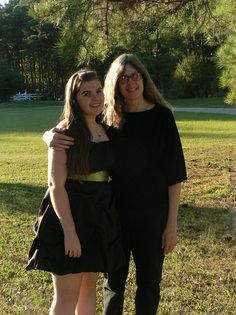 "A beautifully written book that will appeal to animal lovers."
, Booklist

“Barbara J. King has pulled together anecdotal and scientific data on grief and love in animals in her excellent book How Animals Grieve. With her engaging story telling she opens up our eyes to the possible inner lives of some surprising species. We expect big-brained chimpanzees and elephants to express their feelings, but her tales of rabbits, goats, birds, turtles and others force us to look again at the emotional content of animal lives.”
-- Cynthia Moss, author of Elephant Memories: Thirteen Years in the Life of an Ele

“Poignant, thoughtful, and sometimes heartbreaking. King once again elevates the discussion of animal emotion. She tackles a tricky subject with a scientist's care and an animal lover's grace.”
-- Jennifer Holland, author of Unlikely Friendships

"I must admit that I was skeptical that an entire book could be written on the subject of animal grief, because the scientific literature in this area is so painfully thin. But Barbara King has succeeded beautifully. She has collected an incredible database of stories about various kinds of animals, and taken together they offer more than enough substance to sustain this book. It is as if she has created a mosaic for her reader. She has collected bits and pieces--individual stories about one animal or another--which by themselves might be little but trifles. But King pastes them together with masterful skill, and the result is a compelling picture of animal grief. We get the feeling that there are still a lot of blank spaces on the canvas, as our scientific understanding is far from complete, but it is only a matter of time before these spaces will begin to fill in. How Animals Grieve is a fascinating book which will interest and inform animal lovers and scientists alike."
-- Jessica Pierce, author of The Last Walk

"In this deeply moving and beautifully composed treatise that is sure to anger some, but inspire many, Barbara King methodically presents her powerful evidence that many animals possess thoughts, feelings and emotions, including the profound sense of loss following the death of a family member or close companion. Consider, for example, the female dolphin who carries her dead calf for several days, loath to part with her beloved child. What else is she doing but grieving? It might be a controversial, minority viewpoint that some animals mourn the death of others, but King's profound and well-documented work has left me firmly in her camp."

"Humans and other animals experience love and fear, and form deep emotional bonds with cherished companions. We mourn when a close friend dies, and so do other animals, as Barbara King's poignant book illustrates in compelling detail. How Animals Grieve helps us to connect and to better understand the complex social lives of other animals and of ourselves."

"Let me begin by saying I recommend this book to anyone who doubts that animals grieve. The evidence presented is overwhelming." , EcoLit

"How Animals Grieve is not the definitive work on animal grief, but rather a stepping-stone to further investigation, observation and understanding. King hopes others will continue to look with fresh eyes, expand our knowledge and better understand all animals." , Shelf Awareness

"Admirably, carefully, and cautiously reviews and synthesizes a topic that is of great interest to numerous people, including those who are fortunate enough to live with nonhuman companions, those who are lucky enough to study them, and those who are interested in other animals for a wide variety of reasons." -- Marc Bekoff, Psychology Today

After twenty-eight years of teaching anthropology at the College of William and Mary, Barbara J. King retired early to become a science writer and public speaker. King’s work has been featured at Scientific American, Aeon, Undark, SAPIENS, NPR, the BBC, Times Literary Supplement, the World Science Festival, and the annual TED conference in Vancouver. Her TED talk on animal love and grief is available online at https://www.ted.com/speakers/barbara_j_king. She lives in Wicomico, VA.

Page 1 of 1 Start overPage 1 of 1
This shopping feature will continue to load items when the Enter key is pressed. In order to navigate out of this carousel please use your heading shortcut key to navigate to the next or previous heading.
Back
Next
Pages with related products. See and discover other items: animal behavior, animal biology