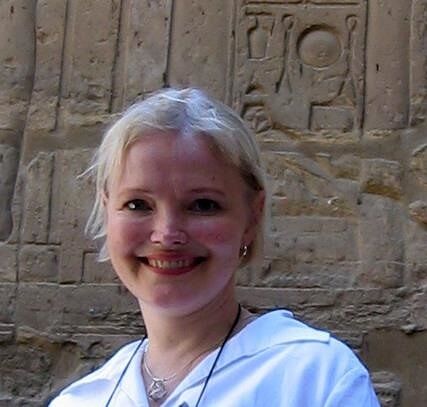 by Leena Pekkalainen (Author)
4.5 out of 5 stars 5 ratings
See all formats and editions
Sorry, there was a problem loading this page. Try again.

If you thought making an ancient Egyptian mummy was just a matter of wrapping a body in bandages, think again! It was a long, complicated, and sometimes gruesome process. What happened to the intestines, lungs, and other soft inside bits? How did they get the brain out of the skull? What did they use to dry the body out, and how long did that take? These questions and many more are answered here by Mr. Mummific, a king of Egypt who went through it all himself, and ended up a mummy with attitude. A little confused when he first died (but relieved that he no longer had toothache), he needed his own guide to explain things, so it’s lucky that his dead but cheeky son was there to lead him by the hand. Together, they let us in on all the grisly secrets of the embalmers’ tent. Illustrated with eighty colorful scenes from the life, death, and afterlife of the funniest mummy you’ll ever meet, How I Became a Mummy is an icky treat for children and Egyptologists of all ages.
Read more
Previous page
Next page


"What an imaginative approach to explaining mummification in ancient Egypt and the religious beliefs behind it! It will delight and inform Egyptologists of all ages."--
Kara Cooney

Leena Pekkalainen is a writer and artist who studied Egyptology at Manchester University. Together with Mr. Mummific, who appeared on her sketchpad one day when she was taking a break from her studies, she writes about ancient Egypt on www.ancientegypt101.com.

Leena Maria began to write stories as soon as she learned to write. Fairy stories, horse stories, fantasy stories… As a girl, after the family had gone to bed, she sat in the silence of the night and wrote. When she wasn’t writing, she illustrated her writings. She learned to paint of her own, and has had her work exhibited in several art exhibitions at home and abroad.

Then life happened - and though the writing continued, other things took over. After 5 years of Egyptology studies there finally was time to reach for the other childhood dream of being an author. The first books published was part one of the Nephilim Quest fantasy series - based on ancient human mythology and the history of ancient Egypt.

For this is what Leena Maria’s novel have in common: ancient Egypt. She holds both the Certificate and the Diploma in Egyptology and is studying for the MA in Egyptology at the University of Manchester. Though her studies are academic, her books celebrate the power of imagination. History is definitely not dry in Leena's novels!

Leena has also written and illustrated children's books about Egyptology for the American University in Cairo Press and her book "Tutankhamun in My Own Hieroglyphs" was chosen to travel with King Tut: The Treasures of the Golden Pharaoh -exhibition on its world tour. In November 2018 Leena held a book reading in Cairo at the American University in Cairo Bookstore for schoolchildren.

In addition to history, she has always been interested in human mythology, which weaves into her stories. Also animals and nature are close to her heart - thanks to the long childhood summers spent at the beautiful Finnish archipelago, observing birds, insects, sea and forest animals for hours on end. Ancient forests and the sea have a special place in her heart.

Leena Maria lives in the southwest corner of Finland, in Finland’s oldest city Turku which was established 800 years ago

Amazon Customer
5.0 out of 5 stars Very interesting
Reviewed in the United States 🇺🇸 on December 9, 2016
Verified Purchase
I can never think about Egyptologists the same way any more. You can't be a dusty old researcher and write a book like this.
Also, her latest book, Shadow Hunter (by Leena Maria), is excellent too.
I'm just waiting her to publish a book about her (weird) cats.
Read more
2 people found this helpful
Helpful
Report abuse

Thrilled
5.0 out of 5 stars FUN!
Reviewed in the United States 🇺🇸 on December 17, 2017
Even if you're only a kid at heart- you will love this book. Informative and most of all- FUN!!!! Well written and one of the most enjoyable books I have read in a long time!!!!
Read more
Helpful
Report abuse
See all reviews

J. Ellis
5.0 out of 5 stars My kid loves it
Reviewed in India 🇮🇳 on January 12, 2019
Verified Purchase
My kid is 7 years old and loves this book
Read more
Report abuse
See all reviews