How to Cheer Up Dad and millions of other books are available for Amazon Kindle. Learn more 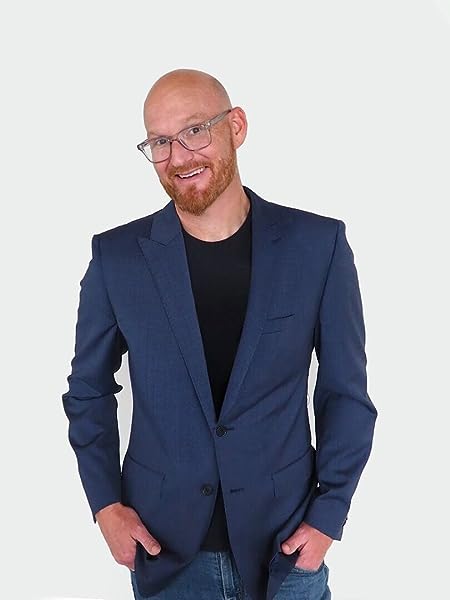 by Fred Koehler (Author)
5.0 out of 5 stars 45 ratings
See all formats and editions
Sorry, there was a problem loading this page. Try again.

A hilarious book about parent and child relationships for fans of Ian Falconer and Jon Agee--a perfect gift idea for Father's Day and beyond!

Little Jumbo just can't understand why his dad is having such a bad day. It couldn't be the raisins Little Jumbo spit out at the ceiling or the bath he refused to take--after all, Little Jumbo's dad knew he hated raisins and had already taken a bath that week! Luckily, Little Jumbo is such a thoughtful elephant that he decides to turn his dad's bad day around with some of his--ahem, his dad's--favorite things.

How to Cheer up Dad is a standout debut featuring a charmingly oblivious little elephant with serious pluck and staying power. It turns the parent-child roles upside down is a great book for dads and the kids who make them laugh.
Read more
Previous page
Next page

PreS—Little Jumbo's Dad is having a bad day. The cereal on the floor, the raisins stuck to the ceiling, and the game of hide-and-seek at bath time are not helping. Little Jumbo spends his time-out thinking of a way to cheer him up. A hug, a game of catch, and some ice cream start to do the trick. The simple, direct sentences provide the facts, but Koehler's digitally rendered pencil and pen drawings tell the real story of Little Jumbo's mischief. The understatement that "At breakfast, Dad put raisins in Little Jumbo's oatmeal./He should have known what a mess that would make" is complemented by pictures of Little Jumbo blowing raisins at the ceiling through his trunk, while "Dad forgot that Little Jumbo did not like wearing his brown overalls" is further clarified by the young elephant running down the street stark naked as Dad chases him with his clothes. Thick, black curving outlines give the elephants life against the angular, straight edges used for the household setting. Color is used sparingly and effectively, drawing attention to Little Jumbo's antics. Don't save this homage to Dads and their little mischief-makers just for Father's Day—it can be shared any time of year.—Kristine M. Casper, Huntington Public Library, NY

*Starred Review* The expressive illustrations set the tone for this story demonstrating filial challenges and ongoing love. From the book jacket onward, Little Jumbo, a lively young elephant, is into or on top of everything, including Dad’s stomach. Dad is not happy. Little Jumbo, however, is. When Dad forgets his son doesn’t like wearing his brown overalls, the gray-and-brown colored art, highlighted with spots of color, shows triumphant, naked Jumbo running free, with a frantic father trying to catch him. Despite this kind of action, Koehler’s true focus is on the visual interchanges between these two well-defined and charming characters. With the setting’s minimalist backgrounds, facial expressions are easy to observe and decipher. Young readers will also learn a bit about empathy as the story progresses from Dad’s trials to Little Jumbo’s plans to make amends through shared pleasures, such as giving a hug, playing ball, and reading a book. All seems resolved until the final page, where childhood antics are celebrated once again. This debut author-illustrator gets the father-son relationship just right in a story that’s warm and memorable. Preschool-Kindergarten. --Edie Ching

Praise for How to Cheer Up Dad:

* “This debut author-illustrator gets the father-son relationship just right in a story that’s warm and memorable.” --Booklist, starred review

* “ With its sparkle that’s accessible to both parents and kids, this is poised to join the ranks of Steptoe’s In Daddy’s Arms I Am Tall (BCCB 2/98), Mayer’s Just Me and My Dad, and Durand’s Mitchell’s License (BCCB 5/11) as a stellar book for father-and-son sharing. “ - BCCB, starred review

“Don’t save this homage to Dads and their little mischief-makers just for Father’s Day—it can be shared any time of year.” –School Library Journal

Fred Koehler has a background in advertising and is very excited to make his picture book debut. How to Cheer Up Dad was inspired by a coffee-shop standoff with his then two-year-old son. He sat down afterward, drew two elephants with their trunks pointed at each other, and Little Jumbo was born. Fred lives with his two spirited kids in Lakeland, Florida, where he loves boating, camping, and the great outdoors.
Read more

Start reading How to Cheer Up Dad on your Kindle in under a minute.

Fred Koehler is an artist and writer whose real-life misadventures include sunken boats, shark encounters, and getting caught in a hurricane. Whether freediving in the Gulf of Mexico or backpacking across Africa, Fred’s sense of adventure and awe of nature overflow into his characters’ stories. He won a Boston Globe-Horn Book Honor Award for his illustrations for One Day, The End. Fred is passionate about encouraging young artists, promoting social justice, and conserving our environment. He lives in Florida with his wife, kids, and a rescue dog named Cheerio Mutt-Face McChubbybutt. Visit www.ilikefred.com

5.0 out of 5 stars
5 out of 5
45 global ratings
How are ratings calculated?
To calculate the overall star rating and percentage breakdown by star, we don’t use a simple average. Instead, our system considers things like how recent a review is and if the reviewer bought the item on Amazon. It also analyzes reviews to verify trustworthiness.
Top reviews

Norma Davids
5.0 out of 5 stars A gentle and sweet story about Father and Son.
Reviewed in the United States on July 16, 2020
Verified Purchase
Fred Kohler's work is magical! His story about a Daddy elephant having a bad day and a son trying to do anything he can to turn Dad's bad day into good is a heartwarming tale. Page after page, the wonderful illustrations done by Fred, take you on a familiar and whimsical journey from beginning to end. Kids, as well as adults, will love this book!
Read more
Helpful
Report abuse

Dan
5.0 out of 5 stars Fabulous
Reviewed in the United States on July 16, 2020
Verified Purchase
My 6 year old LOVES this book! We read it over and over again and each time he picks up something new in the illustrations.
Read more
Helpful
Report abuse

Jamagan
5.0 out of 5 stars Excellent
Reviewed in the United States on March 25, 2014
Verified Purchase
A phenomenal children's book with great illustrations. I bought this for my three year old niece and she made me read it to her several times the day I brought it to her. As much as she loves hearing stories, at her age she's automatically drawn to the pictures. She wants to stop on each page and look at them, asking questions and pointing out the action. This was a great book to catch and keep a child's attentions.
Read more
2 people found this helpful
Helpful
Report abuse

G
5.0 out of 5 stars "I think it is really funny"- from my daughter
Reviewed in the United States on May 8, 2018
Verified Purchase
Funny and warm. I heartily recommend it to young families. The artwork is pleasant. This will be one of our family favorites.
Read more
Helpful
Report abuse

northjerseygal
5.0 out of 5 stars Adorable!
Reviewed in the United States on September 11, 2014
Verified Purchase
Planning to present these to some young folks at Christmas.
Read more
Helpful
Report abuse

Raul
5.0 out of 5 stars Fantastic book!
Reviewed in the United States on August 7, 2017
Verified Purchase
My nephew loves reading this book over and over whenever he wants to love on his dad!
Read more
Helpful
Report abuse
See all reviews
Back to top
Get to Know Us
Make Money with Us
Amazon Payment Products
Let Us Help You
EnglishChoose a language for shopping. United StatesChoose a country/region for shopping.
© 1996-2021, Amazon.com, Inc. or its affiliates