Skip to main content
How to Drive Your Competition Crazy and millions of other books are available for Amazon Kindle. Learn more
Share <Embed>

$13.75
& FREE Shipping on eligible orders. Details
Sold by: Amazon.com
Have one to sell?
Sell on Amazon 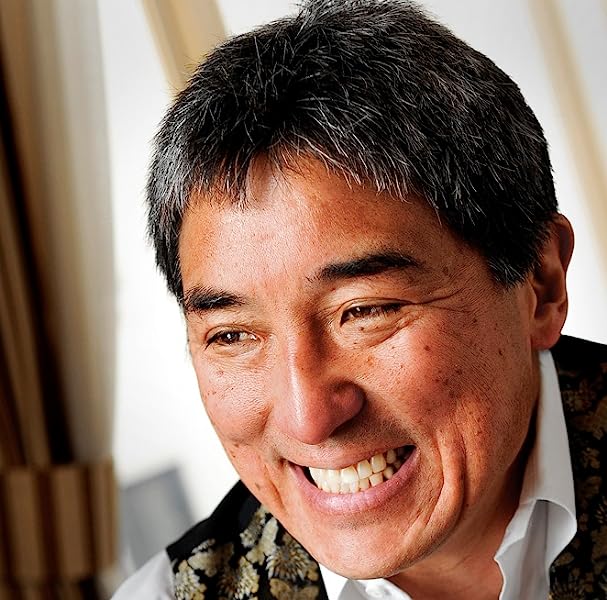 How to Drive Your Competition Crazy: Creating Disruption for Fun and Profit Paperback – August 2, 1996

Start reading How to Drive Your Competition Crazy on your Kindle in under a minute.

Andrik G.
5.0 out of 5 stars I missed this book.
Reviewed in the United States on January 29, 2016
Verified Purchase
I had this book before and made the terrible mistake of lending it to a friend who obviously never gave it back. This is one of my favorites. I recommend it.
Read more
Helpful
Report abuse

Louis Porter Jr.
4.0 out of 5 stars A great book...
Reviewed in the United States on July 12, 2009
Verified Purchase
I used this book to cause havoc in my market where I was selling my and it helped increase my sales and profit. If you want to make more money then this is the book for you.
Read more
Helpful
Report abuse

JK
5.0 out of 5 stars Provocative Book
Reviewed in the United States on April 17, 2012
Verified Purchase
Book was very provocative and gave some good ideas that were outside the box. Great for entrepreneurs. Would definitely recommend to others.
Read more
Helpful
Report abuse

Roger Peter Marec
5.0 out of 5 stars Niche Your Company's Way To Greatness!
Reviewed in the United States on June 20, 2006
Written by the former Director of Software Product Management for Apple Computer, Inc., this is a book first about how to survive amongst the established business giants, and then how to carve an ever-increasing niche in the shared markets.

Apple's strategy in the early days was to create advantages for its clients and also to create disruption to IBM. Kawasaki says that it is important to pick a giant to fight against - you have more to gain and more credibility to be established.

To get started you must know your own company very well, your customers very well and your enemy very well. For your own company, all efforts must be made to discover how your customers see you. Why do they buy from you, and why don't they buy from you? Then you must define who your customers really are. Are the people that buy your product, the ones that are using your product? To find out about your competition, study them by visiting them and patronizing them so that you can establish their modus operandi for sales, service and follow-through.

To find your niche, you must discover that which you offer that you have both a high ablity to produce, and a high value to the customer. This should be your focus.

Kawasaki goes over the importance of not feeling thwarted by another company's advances and gives proper and strategical retaliations. Creativity is a main theme in this area. Be unpredictable. He discusses the methods and importance of recruiting evangalists for your product, offering samples, and building customers' allegiance early and often.

Find a great cause, find the right people - make them feel part of the team, and go make history!

Robert Morris
HALL OF FAMETOP 1000 REVIEWERVINE VOICE
5.0 out of 5 stars Agile, Mobile, and Hostile
Reviewed in the United States on January 11, 2000
In How to Drive Your Competition Crazy, Kawasaki urges his reader to create disruption for "fun and profit." The book is organized into four parts: Lay the Groundwork, Do the Right Things, Do Things Right, and Push the Envelope. Within each of the four parts, Kawasaki includes interviews with various corporate executives who share their real-world experiences. He offers hundreds of examples to illustrate his ideas about non-conformist strategies which will help achieve a competitive advantage.
In his more recent book, Rules for Revolutionaries, Kawasaki asserts that, inorder to break down the barriers to innovation, one must "command like a king." That is to say, have steadfast convictions and then communicate those convictions to others with the power of faith and self-assurance. When asked to explain what a champion is, Jack Dempsey replied that a champion "gets up when he can't." Such determination is admirable, of course, but not always prudent. (What if David had decided to wrestle Goliath?) Agreeing with Jeffrey Gitomer, Kawasaki insists that customers must become "evangelists", not merely buyers of whatever one sells. Sustainable customer loyalty is the objective, not satisfaction with a single transaction. The same is true when one must generate support to overcome resistance to change. Two mistakes must be avoided: in Barbara Tuchman's words, "assessing a situation in terms of preconceived fixed notions while ignoring or rejecting contrary signs", and, "the refusal to benefit from experience." Only by being alert to "contrary signs" while benefiting from experience can anyone hope to prevail.
Kawasaki has sometimes been described as "controversial", usually by those who feel obliged to defend the status quo. Kawasaki challenges all assumptions and premises (including his own), convinced that agility, mobility, and hostility are essential to success in the competitive marketplace. His is a pyrotechnical mind combined with street smarts and unlimited energy. He enjoys creating "disruption"...especially when it creates profits. Read his books, follow (if you can) the way his mind works, and then go have some profitable fun yourself.
Read more
36 people found this helpful
Helpful
Report abuse

Hector Sarscapone
4.0 out of 5 stars Great Classic Book from Guy Kawasaki
Reviewed in the United States on September 20, 2019
If you're a Mac enthusiast, you'll love this classic book
Read more
Helpful
Report abuse

Rolf Dobelli
HALL OF FAME
5.0 out of 5 stars Highly Recommended!
Reviewed in the United States on May 10, 2001
Guy Kawasaki combines insights from eastern philosophy with practical business advice on how to disrupt the market in favor of your company. Through strategic planning and zest for the game, companies can move in on their competitors' customers, credibility, and profit - and have a lot of fun in the process. This exhilarating book is packed with useful exercises, examples, interviews, and even a sampling of children's literature. We [...] recommend it to executives of big and small companies who want to shake up the marketplace, and to career-minded individuals eager to rise in the ranks and make their companies stronger.
Read more
9 people found this helpful
Helpful
Report abuse

Marque Pierre Sondergaard
3.0 out of 5 stars A bit inconsistent for Kawasaki's normal levels...
Reviewed in the United States on June 26, 2000
Although I am a big fan of Guy, this one was a disappointment compared to the standards I have come to expect from him. The title of book indicates a vast area to cover. But to my disappointment it seemed a bit inconsistent or out focus/unfocused. Maybe like the title.
When all is said and done it has a multitude of cases, quotes and points in the usual Kawasaki style that can prove beneficial, but still not a clear classic.
Read more
11 people found this helpful
Helpful
Report abuse
See all reviews

PaulRanson
5.0 out of 5 stars A great read
Reviewed in the United Kingdom on July 27, 2015
Verified Purchase
I guess that this was an older book as some of the contents were out of date, however the meat was just as relevant. I love Guy's style and have watched him in TED lectures. A great read and very inspirational.
Read more
Report abuse