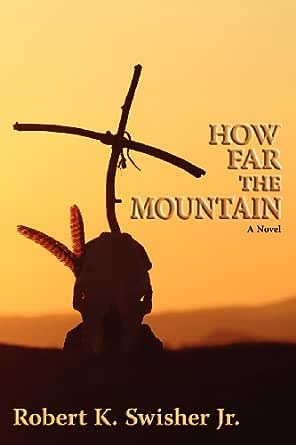 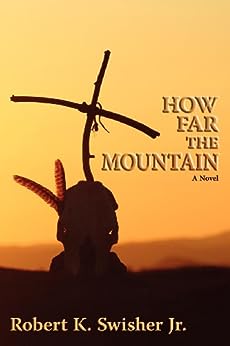 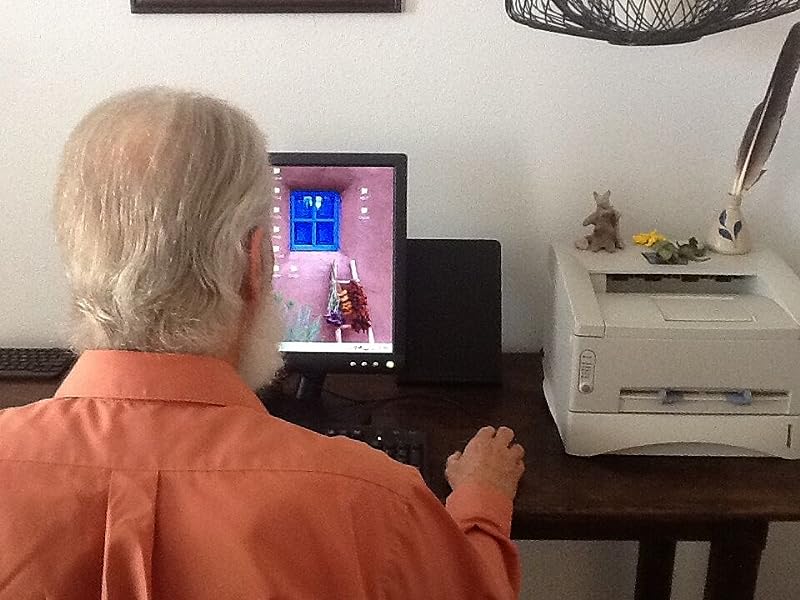 How Far the Mountain: A Novel Kindle Edition

"A magical yarn spun by a real-life cowboy, How Far the Mountain is a love story pervaded with spirituality and quiet mysticism. Homey and hypnotic, Swisher's voice is clear throughout as he weaves many separate tales into one engrossing narrative with his protagonist--the mountain--bearing witness to the folly of human machinations. The romance between the author and his subject is a connection on the most basic and visceral level, and Swisher's love of the mountain shines clearly through...." Ginger Myrick --This text refers to an out of print or unavailable edition of this title.

Nature more times than not is not a friend.

I was a high mountain guide in Colorado when I wrote this novel. A group of Boy Scouts had recently been killed by lightening while hiking in a wilderness area.
Read more

Ginger Myrick
5.0 out of 5 stars Simple yet profound
Reviewed in the United States on December 14, 2013
A magical yarn spun by a real-life cowboy, How Far the Mountain is a love story pervaded with spirituality and quiet mysticism. Homey and hypnotic, Swisher’s voice is clear throughout as he weaves many separate tales into one engrossing narrative with his protagonist—the mountain—bearing witness to the folly of human machinations. The romance between the author and his subject is a connection on the most basic and visceral level, and Swisher’s love of the mountain shines clearly through.

The most beautiful parts of the book are not those related but the ideas that remain unvoiced, the moments in which the reader’s thoughts switch off and allow her to simply feel as opposed to contemplating how the story makes her feel. To me, this is the mark of a consummate storyteller, and I recommend this book to anyone needing an escape from the ho-hum of the daily grind.
Read more
One person found this helpful
Helpful
Report abuse

P.S. Winn
5.0 out of 5 stars Touching and beautifully written story.
Reviewed in the United States on June 8, 2016
I really enjoyed this story that seems to take the reader away from the busy hectic life we live for awhile and drops us in the middle of a heart touching story. Readers get to take a peek into two lives. Bill Johnson is a man who has suffered loss. Sheila Abrams has had her own sorrows. The mountain draws the two people to it for different reasons. Not far from each other as they spend time in their own separate sorrows, they still have a lot in common. The author did a great job creating a vision of beauty in this tale of remembrance, living with the past and trying to move on into the future.Really wonderful job.
Read more
Helpful
Report abuse

bex
5.0 out of 5 stars Beautiful, sad, and touching tale
Reviewed in the United States on December 21, 2013
I actually don't feel like I can come up with words that are good enough to do justice to the beauty of this story. It is clearly in this type of writing that Swisher's strengths as an author lie. Not only could I see the scenes at the mountain and on the ranch, but I felt echoes of each character's emotions as I read. The addition of scenes from the mountain's perspective adds a nice balance.

I am left longing for more work in this style.
Read more
One person found this helpful
Helpful
Report abuse

Jeb
4.0 out of 5 stars Inspiring
Reviewed in the United States on December 26, 2013
This is a very poignant story of what could be. The majesty of the mountain and insights into the characters draws you into their lives. Written in a beautifully flowing manner, it catches your spirit.
Read more
Helpful
Report abuse
See all reviews
Back to top
Get to Know Us
Make Money with Us
Amazon Payment Products
Let Us Help You
EnglishChoose a language for shopping. United StatesChoose a country/region for shopping.
© 1996-2021, Amazon.com, Inc. or its affiliates