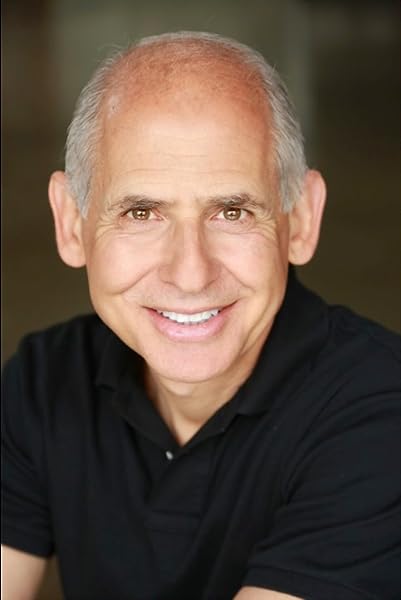 How to Get Out of Your Own Way: A Step-by-Step Guide for Identifying and Achieving Your Goals Paperback – July 1, 2005

Daniel G. Amen, M.D. is a clinical neuroscientist, psychiatrist, brain-imaging expert, and medical director of Amen Clinics in Newport Beach and Fairfield, California, Tacoma, Washington, and Reston, Virginia. He is a nationally recognized expert in the field of brain and behavior, lecturing to thousands of mental health professionals, judges, and lay audiences each year. His clinics have the world’s largest database of brain images relating to behavior. Dr. Amen is assistant clinical professor of psychiatry and human behavior at the University of California, Irvine, School of Medicine. He did his psychiatric training at the Walter Reed Army Medical Center in Washington, D.C. He has won writing and research awards from the American Psychiatric Association, the U.S. Army, and the Baltimore-D.C. Institute for Psychoanalysis. He has been elected to the status of Distinguished Fellowship in the American Psychiatric Association. Dr. Amen’s writings have been published around the world. He is the author of numerous professional and popular articles, twenty books, and a number of audio and video programs. His books have been translated into thirteen languages and include Change Your Brain, Change Your Life, a New York Times best-seller, Healing ADD, Healing the Hardware of the Soul, Healing Anxiety and Depression (with Dr. Lisa Routh), Preventing Alzheimer’s Disease (with Dr. Rod Shankle), and Making a Good Brain Great. Dr. Amen, together with the United Paramount Network and Leeza Gibbons, produced a show called The Truth About Drinking on alcohol education for teenagers, which won the Emmy award in 1999 for the Best Educational Television Show. In addition, Dr. Amen has appeared on The Today Show, CNN, The View, 48 Hours, The Jane Pauley Show, HBO America Undercover: Small Town Ecstasy, MSNBC, PAX, Discovery Channel News: Inside the Mind of a Killer, The 700 Club (on drug abuse), Discovery Channel’s Next Step, ABC, NBC, and CBS News, and more than four hundred radio interviews worldwide. His print credits include Newsweek, Parade, Bonkers, McCall’s, Ladies’ Home Journal, Parenting, and the Wall Street Journal. Dr. Amen writes a monthly column for Men’s Health magazine titled “Head Check.”

Pat Council
5.0 out of 5 stars An Awesome Self-Help Book
Reviewed in the United States on February 5, 2020
Verified Purchase
This book will help you take a look at yourself and create a positive image for yourself that will help you have a better life.
Read more
Helpful
Report abuse

Nathan Blake
5.0 out of 5 stars Must Have!!!
Reviewed in the United States on May 1, 2014
Verified Purchase
It's amazing how specific this book is and gets. There is a lot of homework to do, but you're worth the time investment. It will pay off for you as long as you're honest with yourself. I highly recommend this book to anyone looking to truly understand why you're goal setting in the past was unsuccessful. There are very specific steps to overcome yourself, once you are aware. Do not hesitate to get the workbook.
Read more
11 people found this helpful
Helpful
Report abuse

ShoshanaOT
5.0 out of 5 stars How to Get Out of Your Own Way used for personal development
Reviewed in the United States on March 20, 2013
Verified Purchase
I have started individual and group coaching/therapy sessions on personal empowerment using this workbook as a guide. it provide an excellent structure for my clients. I highly recommend it and I can send you a 10 session syllabus for your practice by emailing info@aotss.com.
Read more
14 people found this helpful
Helpful
Report abuse

MC
VINE VOICE
1.0 out of 5 stars Avoid the audio book. Content does not match the title.
Reviewed in the United States on May 17, 2018
Audio book is an inappropriate format for this material. Much of the material is a long string of questions (hundreds of them) that you are supposed to score yourself on, which is not an exercise you can do in audio format. Much of this material is going to be irrelevant to most of the people reading this book, and the audio format makes it too hard to skip over sections.

The content does not match the book title, and really had very little to do with the title. It was more like a psychiatrist trying to diagnose a patient and it provides some basic psychology information, on issues like depression and anxiety. There was very little in the way of "how" or "step-by-step" in the text other than the frequent advice to get evaluated by a professional if you have a mental health disorder. I didn't realize this book focused so much on mental health disorders, but in hindsight Daniel Amen isn't known as a productivity expert. The little advice that this book does offer is all covered well by other authors and is basic stuff if you have already read self-help books. Entire sections are only relevant to people with the psychological diagnosis being covered in the section. Most readers will find that only a small portion of this book to be relevant to their situation.

Overall I learned nothing from this overly long audio book and it was a waste of my time. The printed book might have been better.
Read more
7 people found this helpful
Helpful
Report abuse
See all reviews

Bridget Walsh
5.0 out of 5 stars Five Stars
Reviewed in the United Kingdom on November 23, 2016
Verified Purchase
Enjoyed it all
Read more
Report abuse

Amazon Customer
5.0 out of 5 stars Five Stars
Reviewed in Canada on March 23, 2017
Verified Purchase
This is an awesome product. Very informative and helpful.
Read more
Report abuse
See all reviews