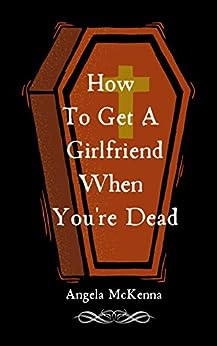 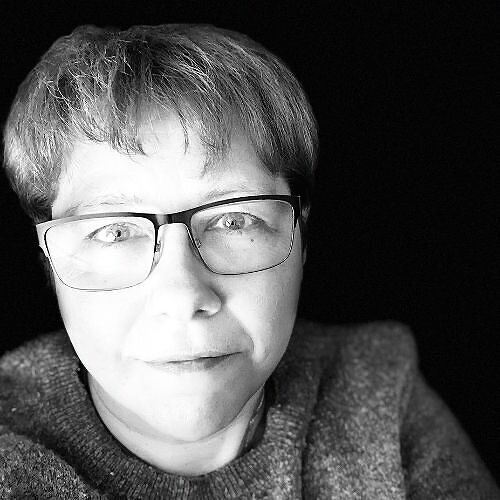 How To Get A Girlfriend When You're Dead Kindle Edition

by Angela McKenna (Author) Format: Kindle Edition
See all formats and editions
Sorry, there was a problem loading this page. Try again.

A lesbian paranormal murder mystery with demons, witches, and a sprinkling of the undead!

Curses aren’t real, are they?

Easy-going genealogist Ally Brooker knows three things. First, she’s in love with best friend, Char Daniels. Second, there’s a chance Char might love her back. Third, she won’t live long enough to find out because of the curse.

You shall know undying death!

The witch’s words have haunted Ally for decades, and now her fortieth birthday has arrived. Deep down, she doesn’t believe the curse is real, and neither does Char. But later that night, undying death arrives to prove them both wrong.

But there’s good news; Ally can break the curse. The bad news is that to do it, she must find and help the one who won’t be helped, then source a soul for Azagor the crow demon, and deliver it to him in Hell. Easier said than done when the only clues available are a handful of long-lost items from her childhood; one of them possessed by the restless spirit of Elvis Presley.

Assisted by Char and her thirteen-year-old sister Emma, Ally sets out to solve the mystery. If she does, she might recover her soul. If she fails, it won’t just be her soul she loses, it’ll be Char, the love of her life. She has forty days, and they started yesterday.

For as long as she can remember, books have been part of Angela McKenna’s life. She started writing from an early age and her favourite authors include Bill Bryson, Stephen King, and Christopher Brookmyre.

The Visitor was her first full-length novel, after which she changed direction and genre and wrote two books she describes as soft science fiction/dystopia.

When Angela is not writing, she enjoys reading ‘Tartan Noir’ at home near Glasgow.

AMofOz
4.0 out of 5 stars paranormal lesfic
Reviewed in the United States 🇺🇸 on August 27, 2022
Verified Purchase
This really kept me rivetted and reading along, it had some Spooktacular stuff, but also good British Humour which I always relate more to.

There's a curse, demons, and the very real threat of human-evils, as the pair race against the clock to try and save Ally from the grasp of death. Char is her lifelong crush and bestie, and along with her little sister Emma, the trio make a loving family all their own.

But blasts from the past need to be dealt with, and many clues to sort out how to break the curse and save Ally. Sometimes you have to go back to go forward. With the help from Elvis, crows, a witch and souls of the dead, Ally and Char will fight for their love, family and future. Or Die trying.
Read more
Helpful
Report abuse

A woman with a secret crush on her best friend was cursed to die when she turned forty. After that fateful day, Ally was in a transitional phase that would only last forty days before she was completely dead. Unfortunately, she and Char finally admitted their feelings, but preventing Ally's death was their biggest priority, so the romance was put on hold. The curse happened in her childhood, and the witch that had hexed her with it had followed Ally throughout her life to try to remove it from her. It got even more complicated when she discovered that she was half demon. The witch gave Ally tasks to complete in order to make her fully alive again, but one ended up putting her, Char, and Char's little sister Emma into danger. Along the way, Ally found her deceased, estranged mother, and they managed to repair and renew their relationship. There was a happy ending, but it was a bit unusual, as far as Ally's family was concerned.

It was a lighthearted story, even though it dealt with death, dead characters and demons. There were some cute moments, but I don't think that it would make it a comedy. I enjoyed the characters and plot, and it seemed like it set up far a sequel. I'd definitely read it!
Read more
Helpful
Report abuse
See all reviews

Anon
4.0 out of 5 stars An easy read and great to have lead queer characters
Reviewed in the United Kingdom 🇬🇧 on October 17, 2022
Verified Purchase
I wanted to love this book as I'm keen to support more LGBTQI+ authors and storylines. I didn't love it but I did enjoy it and will happily give 4 stars. I enjoyed the plot twists and turns. If there had been a bit more depth and some more humour, I would have given that extra star. Regardless, it's an enjoyable and easy read.
Read more
Report abuse

Cynthia B
5.0 out of 5 stars Light hearted, yet gripping at times.
Reviewed in the United Kingdom 🇬🇧 on September 13, 2022
Verified Purchase
Excellent book, full of surprises and a great mix of fantasy and reality. I lost myself in the story line and at times forgot it was a myth. No idea what the one star reviewer expected but this book isn't in the romance category.
Read more
One person found this helpful
Report abuse
See all reviews
Report an issue
Does this item contain inappropriate content?
Report
Do you believe that this item violates a copyright?
Report
Does this item contain quality or formatting issues?
Report