You've subscribed to Cindy Eller! We will preorder your items within 24 hours of when they become available. When new books are released, we'll charge your default payment method for the lowest price available during the pre-order period.
Update your device or payment method, cancel individual pre-orders or your subscription at
Your Memberships & Subscriptions
There was an error. We were unable to process your subscription due to an error. Please refresh and try again. 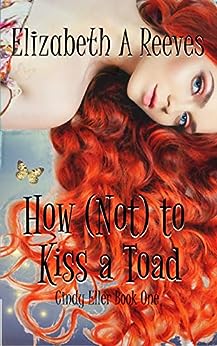 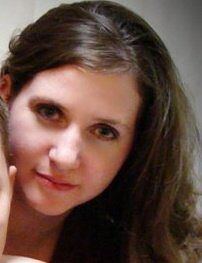 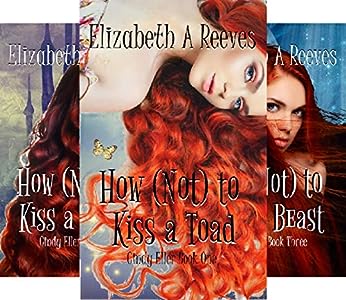 4.3 out of 5 stars
4.3 out of 5
476 global ratings
How are ratings calculated?
To calculate the overall star rating and percentage breakdown by star, we don’t use a simple average. Instead, our system considers things like how recent a review is and if the reviewer bought the item on Amazon. It also analyzes reviews to verify trustworthiness.
Top reviews

May Max
2.0 out of 5 stars Cute, but hastily written
Reviewed in the United States on May 18, 2019
Verified Purchase
Cindy has magic, but she can't control it unless she's in the kitchen. She's smokin' hot, but her love life is in tatters because of her magic. Every time she kisses a guy, he turns into a toad. If she can't fix the goopy toad, control her magic, and turn back 'The One', her powers will be taken from her. But hey, at least she has a food truck.

Here's what I didn't like: Her friends Tansy and Jessi were defined by their favorite color and their ability to pick out the best ice cream. You could see Timothy and all his complications coming from a mile away. Everyone was skinny, but complained she'd make them fat. No one ran or went to the gym, they ate pints of ice cream by themselves, and trays of cupcakes. While the first half was edited well enough, the second half took a complete nose-dive, and could've used a more critical eye toward misused words (hand should've been hang) sort of thing. There was a lot of this going on. The issue with Amy and Nathan at the end seemed ridiculous. They weren't friends. No real lead up to her awesome relationship with her sisters, esp Rose, but it turned out that way anyhow, and the relationships felt forced. But mostly, the rapid decline in editing in the second half of the book is why I docked a star.

Here's what I liked: baking with magic, and her love of food. Nathan-the-toad was odious, and her mother's pun-tastic choice in naming her children.

Overall, it's a cute story, but needed polish in the first half; an editor for the second half and putting in the work to make the book read cohesively, and not like one draft was taped on to another draft.
Read more
4 people found this helpful
Helpful
Report abuse

Kindle Customer
5.0 out of 5 stars Everything About This Book Is Fun
Reviewed in the United States on February 23, 2017
Verified Purchase
This author and series are new to me. Even though this is my first book, I know it won't be my last. Everything about this book is fun. Cindy Eller is a baker extraordinaire. She's also a witch who doesn't have complete control over her magic. In Cindy's world every man is a toad...literally. One kiss is all it takes. So many men, so many toads. And if she doesn't get that little problem under control, the Council is going to take away her magic.

Cindy's roommates are Ordinaries (non magical). They work with Cindy and even reluctantly babysit her dates once they become toads. Her mother is a powerful Earth Witch who has been married twelve times and cannot seem to stop criticizing Cindy. It's no wonder that Cindy's life is complicated and entertaining.

If you want a book that will keep you engaged and entertained, I hope that you'll read How (Not) to Kiss a Toad. Enjoy!
Read more
2 people found this helpful
Helpful
Report abuse

Sandy S.
3.0 out of 5 stars Sweet fantasy story..
Reviewed in the United States on October 7, 2013
Verified Purchase
HOW (NOT) TO KISS A TOAD is the first full-length storyline in Elizabeth A. Reeves new paranormal contemporary series Cindy Eller. There is a short prequel novella (How Not To Play With Magic) that introduces the series protagonist and her sisters, but it is not necessary to the plot.

Cindy Eller is a witch (or so she believes) but there is a problem-her mother refuses to talk about her father and therefore she is unable to determine who or what she is. Whenever she kisses a man, he turns into a toad. And to make matters worse, her most recent trip into Toadville has remained in his amphibious state. As Cindy struggles to make right the wrong, she will encounter more problems when the Council of Magic believes she is wielding her power for no good.

Enter Mr. Right –toad number two- and Cindy knows she has been cursed. When Mr. Right makes all the right moves and says all the right things, she believes she has found ‘the one’. But Mr. Right has a secret or two himself. Cindy’s kiss will once again curse the new man in her life and now she must face the Council of Magic to determine if she will be stripped of her powers forever.

HOW (NOT) TO KISS A TOAD is a humorous take on a fairytale premise. Written in the chic-lit genre, there are moments of fun and entertainment meshed into a storyline about three friends working in a bake shop who one day hope to make it on their own. With an extended family of half-sisters and more, you know there will be several more storylines in the Cindy Eller series.

Elizabeth Reeves takes the reader on a ride through cupcake heaven and lands them squarely into the icy realm of gourmet ice-cream hell. The relationship with Mr. Right took an abrupt turn to nowhere, and in the end, their reconciliation was rather quick –as though the author was racing to the finish. There is always something missing when an author reconciles with the characters too quickly.

There are a few issues of grammar and spelling that any good proof-reader or editor should have caught, but overall the story is a quick read that should bring about a smile or two.
Read more
5 people found this helpful
Helpful
Report abuse
See all reviews

Mandy Parmenter
2.0 out of 5 stars A bit silly and very farcical
Reviewed in the United Kingdom on October 9, 2016
Verified Purchase
Cindy is a baker who uses a bit or magic to make her produce taste out of this world. She has just one problem - everyone she dates turns into a toad (literally). She then thinks she has found the perfect man only to be sadly mistaken (again). Now the Magic Council are on her case and she might lose her magic.

I found this book a bit too silly and found myself reading it faster towards the end for all the wrong reasons (I just wanted to finish it so I could read something better).
Read more
Report abuse

Kindle Customer
4.0 out of 5 stars Witches at there best
Reviewed in the United Kingdom on March 6, 2014
Verified Purchase
If you like light hearted witchy books this is another series you will love. What a twist a young witch who bakes the most fantastic
cakes. Must keep reading I my get some ideas
Read more
Report abuse

Ceejay
4.0 out of 5 stars Funny
Reviewed in the United Kingdom on February 24, 2017
Verified Purchase
A nice little spin on a popular fairy tale that's funny in places and sweet in others.