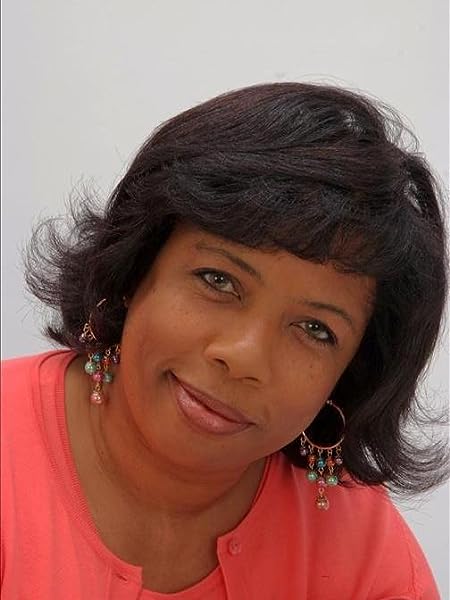 Under all the braggadocio is a boy with a big heart, and from the first sentence Lamar will have readers hooked. (Publishers Weekly (starred review))

“This stands out for its unusual setting and smooth integration of friendship and family concerns. ” (Kirkus Reviews)

“The powerful mix of sibling rivalry, revenge, and hard-won redemption strengthens the perennial appeal of the naïve-underdog-makes-good plot; readers will come for the laughs and stay for the laughs.” (Bulletin of the Center for Children’s Books)

“Crystal Allen has the rare ability to make you laugh out loud one minute and swell with tears the next. The tween book world has a new hero―Lamar Washington ―as well as a brilliant new author who’s bound to win a Bubba-sized trophy herself!” (Neal Shusterman, author of THE SCHWA WAS HERE and BRUISER)

Crystal Allen is the author of How Lamar's Bad Prank Won a Bubba-Sized Trophy, which received a Florida Sunshine State Award Master List nomination and was a Junior Library Guild selection. She is also the author of the acclaimed middle grade novels The Laura Line, The Magnificent Mya Tibbs: Spirit Week Showdown, and The Magnificent Mya Tibbs: The Wall of Fame Game. She currently lives in Sugar Land, Texas, with her husband, Reggie, and two sons, Phillip and Joshua. You can visit her website at www.crystalallenbooks.com.

Start reading How Lamar's Bad Prank Won a Bubba-Sized Trophy on your Kindle in under a minute.

bubbe barbara
5.0 out of 5 stars PLEASE WRITE MORE ABOUT LAMAR!
Reviewed in the United States on March 5, 2011
Verified Purchase
Instinct told me to pre-order this book. Crystal Allen has written a winner. If you loved Alexie's "Absolutely True Diary..." you will love Lamar and his growing pains. Much better than the wimpy kid books. I laughed so hard I couldn't sleep until I'd read it all. Lent it to a friend who had to fly cross-country to a funeral and she's going to buy her own. Excellent read for Middle Schoolers. A must read for everyone. I'll never think of peanuts OR bowling the same! The first two reviewers summed it up perfectly, I just have to 1) beg Ms. Allen to write more and 2) spread the word that this book is a WINNER.
Read more
2 people found this helpful
Helpful
Comment Report abuse

D. Shannon
5.0 out of 5 stars Great book!
Reviewed in the United States on September 13, 2019
Verified Purchase
I've listened to this book on CD from the library several times, and finally had to buy it myself. Just love Lamar! Book came in very good condition.
Read more
Helpful
Comment Report abuse

K. R. Sowunmi
5.0 out of 5 stars Truly enjoy Mrs. Allen writing style
Reviewed in the United States on August 7, 2015
Verified Purchase
Truly enjoy Mrs. Allen writing style. She has a gift for story telling that will engage those who read her books back during a period in time when children would read in the grass in their backyards on a nice day!!!
Read more
Helpful
Comment Report abuse

Haley
5.0 out of 5 stars Five Stars
Reviewed in the United States on March 4, 2015
Verified Purchase
fabulous book- I would recommend it for all ages!
Read more
Helpful
Comment Report abuse

Amazon Customer
5.0 out of 5 stars Likeable Lamar
Reviewed in the United States on March 1, 2014
Verified Purchase
This book was engaging and the main character has a unique voice. Fun to read. I would recommend it for boys especially.
Read more
Helpful
Comment Report abuse

Kindle Customer
5.0 out of 5 stars Fun, fun, fun..
Reviewed in the United States on September 21, 2012
Verified Purchase
Excellent lessons learned for age group. Very much enjoyed characters. Would highly recommend it for 12 - 14, but is a great read for any age.
Read more
Helpful
Comment Report abuse

kkidd
3.0 out of 5 stars Summer reading!
Reviewed in the United States on September 24, 2013
Verified Purchase
Required reading for my daughter's 7th grade English class. Maybe if not a required read, a 5 rating would have been given by her.
Read more
Helpful
Comment Report abuse

NebraskaIcebergs
5.0 out of 5 stars Hilarious and Heart-Warming
Reviewed in the United States on July 16, 2014
Earlier this summer I went on a search for the best current middle school realistic fiction. As part of that search, I checked out recommendation lists and came up with a few titles. The first is the hilarious and heart-warming How Lamar’s Bad Prank Won A Bubba-Sized Trophy by Crystal Allen. When I contacted Allen, she said, “I hope you’ll enjoy reading about Lamar”. I definitely did! Lamar is a unique character. He also gets himself into deep trouble, but isn’t alone in making mistakes. Those two factors combined are what created the high appeal to me of Allen’s debut novel.

Thirteen-year-old Lamar is the maddest, baddest, most spectacular bowler at Striker’s Bowling Paradise. Or so Lamar describes himself. From his bowling scores, it’s a pretty accurate description. The problem is that bowling isn’t what counts with Lamar’s friends, his family, or even his town of Coffin. What counts with his best bud Sergio is an ability to hook up with a girl. Unfortunately, Lamar has spent the better part of his thirteen years playing pranks on girls. Now whenever he asks one out, and he’s asked at least eight, they all think he’s joking with them. What counts with his family, or at least with Lamar’s older brother, is being number one in basketball. Xavier has earned trophy after trophy on the basketball court. He’s won so many trophies that they fill all but one space on the fireplace mantle in the family living room. That space is supposedly reserved for Lamar’s bowling trophy, but Xavier is coveting it too. Finally, what counts with Coffin is also…. Basketball. The town has never hosted a professional bowling tournament or even had a pro bowling league. In Lamar’s words, “one can’t live or die in Indiana without some kind of hoops connection”. Even newborns leave the hospital and deal folk leave this world dressed in basketball gear.

Lamar sets out to improve his life. For starters, he tries again with the girls, this time with a soccer goddess. When Makeda reminds Lamar that he used to know her and prank her, he doesn’t walk away but instead gallantly apologizes. Even later, when Sergio heaps disdain upon Lamar for his choice, Lamar hangs the course and convinces Makada that he’s changed. So far, so good. Lamar also tries to become the “most athletic, smoothest, baddest dude” in Coffin. Only he faces some overwhelming obstacles with that choice such as his asthma, his competitive brother, and the town’s lack of interest in bowling as a sport. Fortunately, Lamar gets some unexpected help. Courtesy of the best bowler in the world, Bubba Saunders, Striker’s Bowling Paradise hosts a contest with the grand prize of Pro Thunder Bowling Gear. At the same time, Lamar meets Billy Jenks, who invites Lamar to team up with him to earn money through bowling. One of these choices is worse than the other. In fact, it’s such a bad choice that Lamar ends up finding himself handcuffed and being led away from his brother’s basketball game by the police.

What makes How Lamar’s Bad Prank Won A Bubba-Sized Trophy to shine as a mad, bad, spectacular example of fiction is how Allen handles the aftermath of Lamar’s ultimate bad choice. First, while both his dad and the town impose some pretty serious consequences, they aren’t so punitive that Lamar has no ability to recover. Second, Lamar has opportunity to show his true colors, when faced with other negative consequences of his actions: Sergio’s birthday celebration at Holiday World is ruined, Xavier’s opportunity at a scholarship is lost—perhaps forever, and Makada no longer trusts him. Third, through the intertwining of other story lines, Allen shows the complexity of how bad choices are made. For example, Xavier’s physical aggression towards Lamar is finally brought to light. Their dad also finally realizes that he has inadvertently favored Xavier over Lamar. At the same time, Allen never flinches from laying blame on Lamar, which is squarely where it belongs. Through the intertwining of story lines, Allen succeeds on another level too. She correctly points out that everyone makes mistakes. While some may be worse than others, nonetheless we all have our errors in judgment to overcome and choices to make about how we want to live.

Allen has written a page-turning novel about bowling and about relationships. In a light-hearted way, she has also introduced romance. How Lamar’s Bad Prank Won A Bubba-Sized Trophy will be a worthy addition to any middle grade fiction collection.