Add to Cart
$20.01
+ Free Shipping
Sold by: InfiniteBooks_USA
Have one to sell?
Sell on Amazon 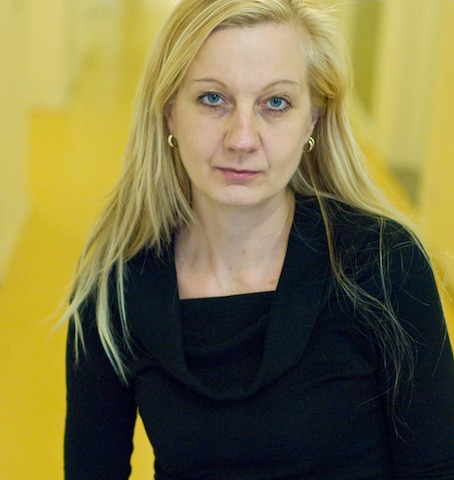 Johanna Oksala is Senior Lecturer in Philosophy at the University of Dundee and member of the Centre of Excellence in Political Thought and Conceptual Chance at the University of Jyväskylä. She is the author of Foucault on Freedom and a co-editor of collections of essays on feminist philosophy and ethics.
Start reading on your Kindle in under a minute.

4.0 out of 5 stars
4 out of 5
12 customer ratings
How does Amazon calculate star ratings?
Amazon calculates a product’s star ratings based on a machine learned model instead of a raw data average. The model takes into account factors including the age of a rating, whether the ratings are from verified purchasers, and factors that establish reviewer trustworthiness.
Top reviews

Amazon Customer
4.0 out of 5 stars Great introductory reading on Foucault
Reviewed in the United States on November 10, 2016
Verified Purchase
Great introductory reading on Foucault, however, for students studying the conceptualisations of power by Foucault, this might not be your best option. In my opinion, it deals with biopower rather sporadically, which makes it difficult get a strong idea of what Foucault is getting at. However, this is perhaps mostly simply because he uses the term inconsistently throughout his work. Overall, great book!
Read more
One person found this helpful
Helpful
Comment Report abuse

Pen Name?
5.0 out of 5 stars A brilliant introduction to Foucault's work
Reviewed in the United States on November 17, 2008
First, I must say that I am quite pleased with all of the "How To Read" series installments I have picked up thus far. They are all exceptionally well organized and presented introductions to the writer in question, and the format is brilliant. This little book on Foucault by Johanna Oksala is a perfect example. By having a reputable expert on the subject in question, in this case Oksala on Foucault, the series texts are organized around 10-12 excerpts selected from the subject's work (Foucault, here) from books or essays (canonical and obscure), as the author unpacks and situates each of them to give a much more full and complex picture than most introductory texts are going to give you.
This complexity does not mean that this is too advanced for an introduction, far from it. In fact, I think the way Oksala puts Foucault's methods and concepts on display is very accessible and useful.

This book, like others in the series, is an excellent tool for newcomers and for more seasoned scholars as well, which is a rare feat and a very valuable service. This one is almost like having an introductory course on Foucault in a book, and for quite a bargain price, which makes it well worth a look.

pulling cheek swirl better shake up
5.0 out of 5 stars next I get to read about a Ship of Fools.
Reviewed in the United States on August 13, 2011
I have been attempting to grasp my own weirdness as an invader of Cambodia within a culture that continued to bomb Cambodia during the years while I earned a JD which Harvard Law School granted me in 1973, just in time to watch a Watergate investigation taking place in a series of hearings shown on national television. Not since I had seen Jack Ruby shoot Lee Harvey Oswald in the basement of the Dallas Police Station in November, 1963, was I so convinced that each American is capable of projecting his own ideas as a matter of American justice.

I can recall reading the English translation of The Will To Power in the summer of 1968 before I realized how soon I would be drafted and sent to Vietnam as a matter of administrative routine. Nietzsche helped form a link with Walter Kaufmann, who produced an English translation of The Gay Science in 1974. Now in How To Read Foucault (2007, 2008) by Johanna Oksala, I find a description of homosexuality as pathology:

homosexuality was removed
from the mental illness category
of the American Psychiatric Association,
for example, as late as 1974. (p. 12).

Foucault (1926-1984) was only five years younger than Walter Kaufmann (July 1, 1921 to September 4, 1980), but he provided a more subversive direction for philosophy to take after the exhaustion of existentialism.

The point is to understand ourselves
in order to be able to think and live differently. . . .
His histories are not about the past,
they are about us, today,
and they represent an attempt to show
not only how we have become what we are,
but also how we could become something else. (p.11).

Social control which depends on the way "language constructs reality" (p. 3) is far more actively thwarted by the crimes against humor of Lenny Bruce than by the negative theopathic state produced by absorbing the limits of human existence in an extremely collective unconscious. Foucault examined science as ways power was exercised by authorities. My own protest took the form:

Anyone can make a fool of himself by drawing attention to the kind of mess that only a fool would admit. My attempts to protest a pornographication of power which came naturally to me, like tree snakes rippling upward in your bong water, seem intellectual because they have so much in common with Freud's ideas on wit and the unconscious corners a mind finds in jokes. A looping effect like "homophobic power relations" (p. 15) is likely to attract any person who stands out like Samson in a crowd in Saint Paul, Minnesota.
Read more
One person found this helpful
Helpful
Comment Report abuse
See all reviews from the United States

T Jarvis
3.0 out of 5 stars It needs to be read in conjunction with other introductory texts
Reviewed in the United Kingdom on January 5, 2015
Verified Purchase
There are much, much better introductory texts than this one. This is a shame, as Johanna Oksala contributed a really terrific chapter to the Key Concepts book on Michael Foucault. The language she uses is very accessible and it's an easy read, so it's fairly good for ultra-beginners. The weakness of the book is the misleading series title - each chapter begins with a tiny, little piece of text from Foucault, which Oksala proceeds to explain and expand upon. Sounds fair enough, but the chosen extracts seem fairly arbitrary and given the extremely brief nature of the book, there's not much headway made in explaining Foucault's thought. In order to gain an understanding of Foucault, you would need to read this in conjunction with the introduction to "The Foucault Reader" by Paul Rabinow, the excellent introduction by Colin Gordon to "The Foucault Effect", as well as the introductions to the "The Essential Works of Michel Foucault 1954-1984" three-part book series.
Read more
2 people found this helpful
Helpful
Sending feedback...
Thank you for your feedback.
Sorry, we failed to record your vote. Please try again
Report abuse

Rosie
5.0 out of 5 stars Accessible
Reviewed in the United Kingdom on November 20, 2018
Verified Purchase
This is the second book I've read to introduce me to Foucault, and it's definitely the most accessible. It made me love him!
Read more
Helpful
Sending feedback...
Thank you for your feedback.
Sorry, we failed to record your vote. Please try again
Report abuse

Elaine
3.0 out of 5 stars not what I was expecting
Reviewed in the United Kingdom on June 19, 2013
Verified Purchase
On first reading it looks more like a mini review of some of his works than instructions on how to read foucault.
Read more
2 people found this helpful
Helpful
Sending feedback...
Thank you for your feedback.
Sorry, we failed to record your vote. Please try again
Report abuse

Antti Seppälä
1.0 out of 5 stars Stay away from this crap
Reviewed in the United Kingdom on December 24, 2014
Verified Purchase
How the hell is a book of 112 pages supposed to be an introduction to anything? Ten euros "well spent".
Read more
One person found this helpful
Helpful
Sending feedback...
Thank you for your feedback.
Sorry, we failed to record your vote. Please try again
Report abuse