12 results for "How They Met, and Other Stories"

How They Met and Other Stories (Borzoi Books)

Miracles: What They Are, Why They Happen, and How They Can Change Your Life

My Seven Sons and How We Raised Each Other: (They Only Drive Me Crazy 30% of the Time) 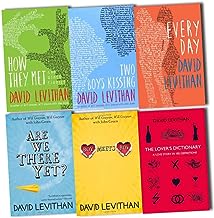 David Levithan Collection 6 Books Pack Set (The Lover's Dictionary: A Love Story in 185 Definitions, Boy Meets Boy, Are We There Yet?, Two Boys Kissing, How They Met and Other Stories, Every Day)

Rescue Dogs: Where They Come From, Why They Act the Way They Do, and How to Love Them Well

Keep Marching: How Every Woman Can Take Action and Change Our World 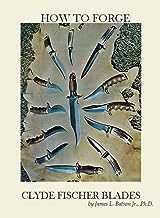 "HOW TO FORGE CLYDE FISCHER BLADES"

by James L. Batson Jr. and just what we've come to expect from Jim Batson. FOREWARD by Mark Zalesky Editor-Publisher of Knife Magazine, In dedicating much of his life to his passion, Dr. James Batson has earned a world wide reputation for his knowledge of bladesmithing and the bladesmiths of history, as well as his dedicatio to sharing that knowledge with others. His latest book calls attention to a bladesmith on the verge of being lost to history. Clyde Fischer belongs to a more recent time that that of James Bowie or the other historical blades that fascinate Jim Batson. Though Fischer left this world i 2002, and was dealt his share of challenges in life, he was a man who got the very most of of the years allotted to him. within these pages you'll find the story of how a boy from Victoria, Texas became a man among men. Clyde Fischer--bull rider, cattleman, hunter and guide, maker of gunstocks, fine hand forged knives and most anything else he set his mind to make. Clyde spoke with a slow Texan drawl, told woderful storied and oozed charisma fro every pore. Upon shaking his big bear paw of a hand, you felt as if you had a friend for life--and you did. In our world, those i the kow recognize Fischer as an early and influential maker belonginf to the golden era of handmade knives. His knives were mostly intended for the hard work Clyde expected of them, they weren't meant to have the most perfect mirror polish, or the most exotic materials (he preferred brass and native Texas mesquite woood). Still, over 50 years since he became a professional knifemaker, Clyde's knives remain as distinctive today as they were then. Though he first met Clyde Fischer at a 1974 gun show, it wasnt until six years ago that Dr. Batson's interest in Fischer's work rekindled, leading to a study of the man and his work and Batson's re-creation of 13 Fischer designs. The resul is in your hands, some history, some how-to, and some ideas to inspire you | Jan 1, 2019
Perfect Paperback

They Call Me Momma Katherine: How One Woman’s Brokenness Became Hope for Uganda’s Children

They Walked with Jesus: Past Life Experiences with Christ

How We Met: Real-Life Tales of How Happily Married Couples Found Each Other

How to Bang a Billionaire (Arden St. Ives Book 1) 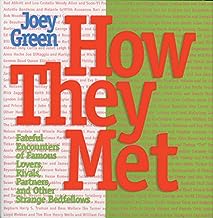 How They Met: Famous Lovers, Partners, Competitors, and Other Legendary Duos