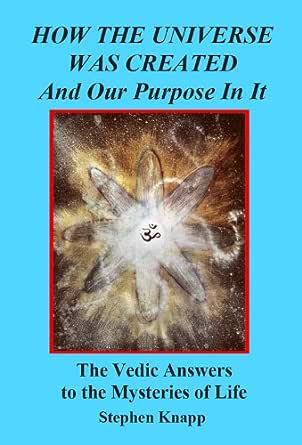 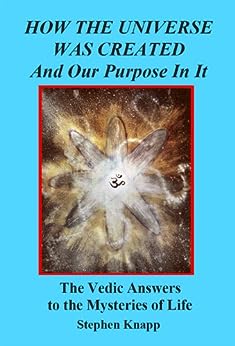 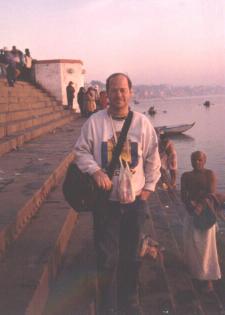 How the Universe was Created and Our Purpose In It: The Vedic Answers to the Mysteries of Life Kindle Edition

"HOW THE UNIVERSE WAS CREATED AND OUR PURPOSE IN IT is rewarding reading for students of metaphysics and Eastern philosophies." -- The Midwest Book Review, October 13, 2000 --This text refers to an out of print or unavailable edition of this title.

Stephen Knapp grew up in a Christian family, during which time he seriously studied the Bible to understand its teachings. In his late teenage years, however, he sought answers to questions not easily explained in Christian theology. So he began to search through other religions and philosophies from around the world and started to find answers for which he was looking. He also studied a variety of ancient mythologies, mysticism, yoga, and the spiritual teachings of the East. After his first reading of the Bhagavad-gita, he felt he had found the last piece of the puzzle he had been putting together through all of his research. Therefore, he continued to study all of the major Vedic texts of India to gain a better understanding of the Vedic science.

It is known amongst all Eastern mystics that anyone, regardless of qualifications, academic or otherwise, who does not engage in the spiritual practices described in the Vedic texts, cannot actually enter into understanding the depths of the Vedic spiritual science, nor acquire the realizations that should accompany it. So, rather than pursuing his research in an academic atmosphere at a university, Stephen directly engaged in the spiritual disciplines that have been recommended for hundreds of years. He continued his study of Vedic knowledge and spiritual practice under the guidance of a spiritual master. Through this process, and with the sanction of His Divine Grace A. C. Bhaktivedanta Swami Prabhupada, he became initiated into the genuine and authorized spiritual line of the Brahma-Madhava-Gaudiya sampradaya, which is a disciplic succession that descends back through Sri Caitanya Mahaprabhu and Sri Vyasadeva, the compiler of Vedic literature, and further back to Sri Krishna. Besides being brahminically initiated, Stephen has also been to India several times and traveled extensively throughout the country, visiting most of the major holy places and gaining a wide variety of spiritual experiences that only such places can give.

Stephen has been writing "The Eastern Answers to the Mysteries of Life" series, which so far includes "The Secret Teachings of the Vedas," "The Universal Path to Enlightenment," "The Vedic Prophecies: A New Look into the Future," and now "How the Universe was Created and Our Purpose In It." Other books he has written include "Toward World Peace: Seeing the Unity Between Us All," and "Facing Death: Welcoming the Afterlife," as well as "Proof of Vedic Culture's Global Existence." Stephen has put the culmination of over 25 years of continuous research and travel experience into his books in an effort to share it with those who are also looking for higher levels of spiritual understanding. --This text refers to an out of print or unavailable edition of this title.