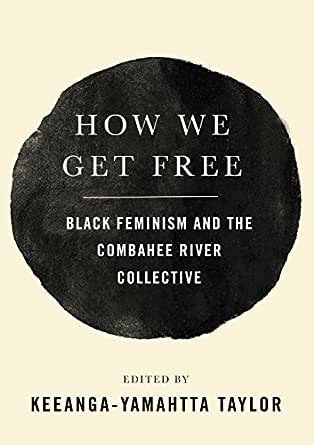 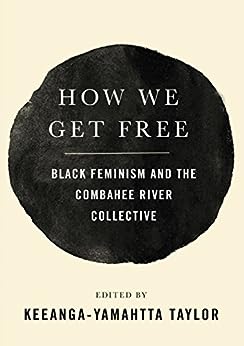 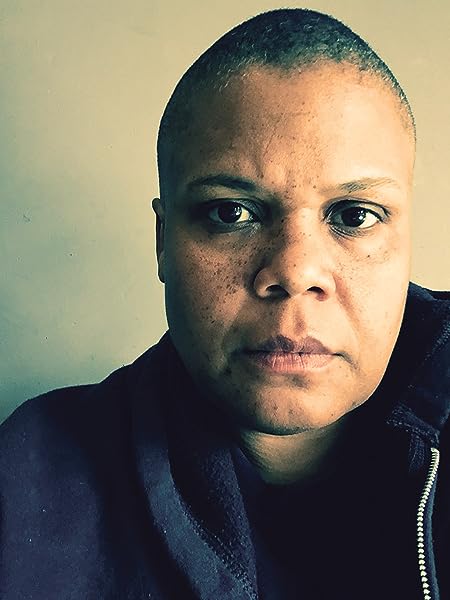 How We Get Free: Black Feminism and the Combahee River Collective Kindle Edition

“This new collection of a four-decades-old text reminds us that black women have long known that America’s destiny is inseparable from how it treats them and the nation ignores this truth at its peril.”
—The New York Review of Books

“A striking collection that should be immediately added to the Black feminist canon.”
—Bitch Media

“An essential book for any feminist library.”
—Library Journal

“The publication of How We Get Free marks the 40th anniversary of the Combahee River Collective statement, which is often said to be the foundational document of intersectional feminism. As white feminism has gained an increasing amount of coverage, there are still questions as to how black and brown women’s needs are being addressed. This book, through a collection of interviews with prominent black feminists, provides some answers.” –Rachael Revesz, the Independent

“For feminists of all kinds, astute scholars, or anyone with a passion for social justice, How We Get Free is an invaluable work.” –Ethnic and Racial Studies Journal

Keeanga-Yamahtta Taylor writes on Black politics, social movements, and racial inequality in the United States. Her book From #BlackLivesMatter to Black Liberation won the 2016 Lannan Cultural Freedom Award for an Especially Notable Book. Her articles have been published in Souls: A Critical Journal of Black Politics, Culture and Society, Jacobin, New Politics, the Guardian, In These Times, Black Agenda Report, Ms., International Socialist Review, and other publications. Taylor is assistant professor in the department of African American Studies at Princeton University.
--This text refers to the paperback edition.

4.9 out of 5 stars
4.9 out of 5
61 customer ratings
How does Amazon calculate star ratings?
Amazon calculates a product’s star ratings based on a machine learned model instead of a raw data average. The model takes into account factors including the age of a rating, whether the ratings are from verified purchasers, and factors that establish reviewer trustworthiness.
Top reviews

Timothy B. Tyson
5.0 out of 5 stars Absorbing read and great teaching tool
Reviewed in the United States on April 22, 2018
Verified Purchase
As a citizen-learner envisioning, advocating and working for a more humane and democratic society, one grounded in love and respect for humanity, I found How We Get Free deep, rich and absorbing. Both the Combahee River Collective and Keeyanga-Yahmahtta Taylor inspire this reader and offer much to ponder about the unfolding struggle. I especially like how this is a documentary work that both reminds us of lessons learned and other lessons missed in the past and asks us to do something crucial with our history: learn from it. I could go on.

But I want to talk about How We Get Free from a teacher's standpoint. I assigned it this semester in my university seminar, "Writing American Politics." I almost assigned it to my other seminar, "Documenting Black Experiences," where it would fit nicely, but I needed it to balance other readings (Robert Penn Warren, All the King's Men, Dan T. Carter, Politics of Rage: George Wallace and the Transformation of American Politics) in "Writing American Politics," and I did not want the reading lists to overlap too much. How We Got Free is an excellent teaching book. First, it is short and a brisk, absorbing, serious read. Beyond that, Taylor generously offers us her deep engagement--and an almost irresistible opportunity to make undertake our own plunge--with this Black feminist manifesto born of the late 1960s and early 1970s, which also speaks to many of our current predicaments. Her transcribed and edited interviews introduce us to particularly thoughtful voices from founders of the Combahee River Collective and Black Lives Matter. The willingness of these movements to confront not only white supremacy but homophobic and heteronormative politics is inspiring and instructive. My students enjoying this vista on an earlier generation of Black women's lives and struggles and the thoughtful way that Taylor as both editor and essayist connects that generation with their own generation. Any professor paying attention in the classroom knows that students want to be able to connect historical events to their own generation's wrestling with the world around them. This really worked for my students of all hues, cultures, world views and gender expressions, producing excellent discussions that continued to resonate as we went forward into other conversations.
Read more
23 people found this helpful
Helpful
Comment Report abuse

James Kenney
4.0 out of 5 stars Well worth reading by anyone interested in the anti-racism and anti-sexism movements in the United States.
Reviewed in the United States on January 4, 2018
Verified Purchase
I am a straight white male, so my views on this book may be biased, however, I found How We Get Free to be a powerful, thoughtful and thought-provoking book on Black Feminism. The book brought back the heady days in the '70s , when almost anything seemed possible, both positive and negative. Having lived through those years I was inevitably confronted by the challenges Feminism posed for men, however, I had no idea that such a thing as Black Feminism existed, though I was quite familiar with Black culture.

Most of the book consists of interviews with 3 founders of the Combahee River Collective (and authors of its Statement). Taylor is very good at drawing out her subjects, and letting them speak for an extended period before moving on to another question. She is also good at allowing them to speak in their own voices, without trying to "clean up" some of their stop-and-go syntax or odd word choices. I found this a little disconcerting at first, but it added an interesting dimension to the book.

The subjects of her interviews were all very blunt and occasionally sarcastic in their speech. It gradually became clear to me that this was due to both the nature of the topic, and to the comfort they felt talking with Keeanga Taylor. It is clear the three women who were members of the Collective were deeply focused on an economic as well as social analysis of the role and position of Black women in America, and their interviews formed the backbone of the book, for me. Another interesting and revealing feature was its strong critique of the White feminist movement, and why the CRC broke away from that movement. Equally revealing was How We Got Free's commentary on the powerful tension between Black men and Black women, especially Black Feminists.

The CRC's Statement came early in the book, and for this reason, I found the Statement difficult to follow, and even more difficult to grasp its importance. After reading the rest of the book, I re-read the Statement, and I recommend this for everyone who is not familiar with the Combahee River Collective and its work.

I found this an inspiring book, one from which I learned a great deal. It is worth reading by anyone interested in the anti-racism and anti-sexism movements in the United States.
Read more
34 people found this helpful
Helpful
Comment Report abuse

Alex
5.0 out of 5 stars Blown Away
Reviewed in the United States on February 6, 2020
Verified Purchase
The realness of this book takes my life to new heights. It is so rich with historical references and truth. The author has a way of painting a picture about the CRC statement and its connection to all the points and historical moments leading to this present movement. I'm overjoyed to have chosen this book, to be inspired, and to continue to push towards the aims of the CRC statement and vision of many of the contributors of the book. A brilliant and quick read.
Read more
4 people found this helpful
Helpful
Comment Report abuse

O'Che-Kemi
3.0 out of 5 stars Blast from the past.
Reviewed in the United States on September 4, 2019
Verified Purchase
The information remains relevant today. It is a great reminder that we stand on the shoulders of greatness. There is nothing new under the sun so new groups need to pay homage to those before them.
Read more
4 people found this helpful
Helpful
Comment Report abuse

Xavier Durham
5.0 out of 5 stars Beautiful and Timely
Reviewed in the United States on November 12, 2019
Verified Purchase
Getting an opportunity to learn from Black Feminist radicals of the 20th century was a treat in itself. Taylor expertly curates a lovely set of conversations on both the history and future of black liberation struggles.
Read more
One person found this helpful
Helpful
Comment Report abuse

Chester Barkan
5.0 out of 5 stars Great book
Reviewed in the United States on December 29, 2019
Verified Purchase
Excellent book. Adopted for my class
Read more
One person found this helpful
Helpful
Comment Report abuse
See all reviews from the United States

OB
3.0 out of 5 stars undoubtedly important
Reviewed in the United Kingdom on January 29, 2020
Verified Purchase
but i was concerned by the lack of accessibility of this book. it reads a little too much when you go to someone else's family dinner and everybody but you already knows all the stories and the people involved. probably great if you know lots about this topic but i found it so hard to access and do any learning really. respect for this book though also i'm not knocking it i'm just saying you might need to have quite a lot of knowledge before hitting this one.
Read more
2 people found this helpful
Helpful
Sending feedback...
Thank you for your feedback.
Sorry, we failed to record your vote. Please try again
Report abuse