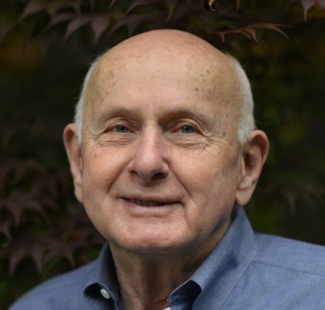 Hubert Humphrey: The Conscience of the Country Hardcover – Illustrated, August 21, 2018

"A painstaking and . . . admiring portrait of a more complex and compelling political figure than the caricature his detractors draw....Humphrey missed the ultimate prize in American politics, but, aside from Vietnam, he was on the right side of history on most issues."—Edward Kosner, The Wall Street Journal
"Thorough and sharply balanced."—Gene Seymour, Bookforum
"A new (and best-yet) Humphrey biography [that] . . . provides a well-researched and readable rendering of a life that bore much good fruit for this country."—Lori Sturdevant, Minneapolis Star-Tribune
"Offner’s assessment is balanced, affording detailed insight into Humphrey’s lifetime of public service. Recommended for all levels; excellent undergraduate outside reading."—J. H. O'Donnell III, Choice
"A thorough and sharply balanced account of Humphrey’s life."—Gene Seymour, Bookforum
"An insightful and revelatory biography. . . . This complete history of the political career of Hubert Humphrey and his key roles in American policy, domestically and internationally, sheds new light on the man, the era, and a more socially conscious time."—Colin Harrington, Berkshire Eagle
“An outstanding account of the life and accomplishments of a man who was my friend and my hero. This book captures Hubert Humphrey’s passion and unwavering commitment to our nation’s highest ideals.”—President Jimmy Carter
"He devoted his life to public service; he was the first major politician of either party to champion the civil rights movement; he was an enormously effective lawmaker who understood compromise; he brought joy and integrity to American democracy. Why isn't Hubert Humphrey better remembered? With this excellent, thorough, readable biography by Arnold Offner, maybe he will be."—Evan Thomas, author of Robert Kennedy: His Life, Ike's Bluff: President Eisenhower's Secret Battle to Save the World, and Being Nixon: A Man Divided
“Arnold Offner’s riveting account of the life and leadership of Hubert Humphrey shows us the man and legislator who fought to make the United States a more liberal and humane society and leader of a free and peaceful world order. We miss this ‘conscience of the country’ more than ever now.”—Walter F. Mondale
“Well written and exhaustively researched, this is the definitive biography of Hubert Humphrey.”—Irwin F. Gellman, author of The President and The Apprentice: Eisenhower and Nixon, 1952–1961
“Hubert Humphrey was one of the twentieth century's political giants. In this gracefully written, insightful biography, Arnold Offner has captured the essence of the man and his times.“—Randall B. Woods, author of LBJ:Architect of American Ambition

Arnold A. Offner is Cornelia F. Hugel Professor of History Emeritus at Lafayette College. His previous books include Another Such Victory: President Truman and the Cold War, 1945–1953, and American Appeasement: United States Foreign Policy and Germany, 1933–1938.

Start reading Hubert Humphrey: The Conscience of the Country on your Kindle in under a minute.

Ralph
5.0 out of 5 stars Hubert Horatio Hornblower Humphrey
Reviewed in the United States on November 21, 2018
Verified Purchase
The man who never became president, but became the nation's conscience. He was the greatest legislator of his time, and further had more influence than many presidents. I highly recommend this book. It is a honest, fitting tribute to Humphrey. It discusses his flaws, his life, his accomplishments, his tenure in the U.S. Senate, his 1960 presidential run, to serving as Vice President, his presidential run in 1968, his returning to the U.S. Senate in 1970, his 1972 presidential run, his possible presidential run in 1976, and his fight battle, his battle with cancer. The book is a great and enjoyable read, and goes into detail, at times meticulous detail, on various issues, such as Vietnam, and President Johnson's humiliating treatment of him. Considering where the Democratic Party stands today, and reading this book, and considering the party's views, and platforms, particularly in 1972 and 1976, with an emphasis on issues such as full employment and a guaranteed right to a job, one can see how the Democratic Party today can learn from HHH and its New Deal, Fair Deal, and Great Society roots, to get back to truly being the party of working people again. God Bless HHH. Thank you Arnold Offner for this wonderful book and great tribute to Hubert Humphrey.
Read more
7 people found this helpful
Helpful
Comment Report abuse

Harris Berman
5.0 out of 5 stars Magnificent work
Reviewed in the United States on October 22, 2018
Verified Purchase
I just finished your book last night, and must admit you had me at tears at the end! What an accomplishment, Professor Offner. It is really a magnificent work, comprehensive, well-documented yet very readable. I certainly feel like I know Humphrey much better for having read it. Thanks for sharing your incredible knowledge. He won't be forgotten now.
Read more
2 people found this helpful
Helpful
Comment Report abuse

Gregario
5.0 out of 5 stars BUY.
Reviewed in the United States on October 25, 2019
Verified Purchase
CHANGE YOUR VIEWS ON THE MAN. ENJOYED. RESPECT HIS CONVICTIONS EVEN IF DON'T AGREE WITH ALL POSITION'S ON POLITICS. DON'T MAKE THEM LIKE THEY USED 2.
Read more
Helpful
Comment Report abuse

RuthJudy
5.0 out of 5 stars Definitive bio of Hubert Humphrey
Reviewed in the United States on May 8, 2019
Verified Purchase
This book covers the 1950s-1970s in depth and is a great review of an important period in our history. Very readable.
Read more
One person found this helpful
Helpful
Comment Report abuse

Italophile Book Reviews
5.0 out of 5 stars Important, and depressing book
Reviewed in the United States on August 12, 2018
The politician from Minnesota pushed, pulled and prodded the enactment of Federal laws for civil rights in the US, to be enforced by Federal law enforcement, and linked the goal of equal rights of all in the US firmly to the Democratic party.

Social Democrats and Progressives also owe much to Humphrey for paving the way for them, and showing that their work is far from Socialism and Communism, but rightly embedded firmly in a Capitalist system. Arguments happening today are deja-vu of all the arguments Humphrey fought and largely won decades ago.

This book is a biography, but the real focus of the 500+ pages is Humphrey's political career in Minnesota and Washington, described in sometimes minute detail. While the decent, intelligent man is to be admired, I found the accounts of his political battles in Washington, and his life, to be very depressing, especially because of the following.

His voice of decency and reason was lost in the winds of hatred, bigotry, ignorance, partisanship, and rampant political egos, especially from the Dixiecrat Democrats. That faction was so horrible, so vile, that one wonders, if not for making slavery illegal, if the Civil War was really worth it. The Southern faction destroyed justice in America for generations, with their damage continuing to this day.

With 20-20 hindsight, one can see that if Humphrey had been listened to, the present-day US and the world would be a much better place in so many ways. The Cold War would have had fewer hot wars, and more nations would have strong democracies and true independence.

If his measures had been acted upon, race relations in the US would be in a better place than they are now, and all Americans would enjoy a much higher standard of living. There would be less hypocrisy in US policies and philosophy today, less failure to live up to her high ideals, and she could be at the top of the well-being tables that the Nordic countries enjoy, instead of lingering in the middle, and at the bottom for so many indicators.

Old boy structures are shown to be so entrenched, with myriad ways of blocking women's access to power, that one despairs reading about it, and seeing the situation not much better today. His wife's role was not as his partner, but an assistant, an appendage for the hyper-ambitious man, and she only found a happy, joyful partner in life in her second marriage.

However, most depressing is the truthful depiction of the workings of the US government, and the US Senate, showing the self-serving, narrow interests, nastiness, dirty money-infused environment populated by so many corrupt, egotistical creeps, who have zero interest in doing for Americans what they can't do for themselves, doing what the central government was created to do, which is improve the quality of life for all Americans.

This is an important book, especially for Democrats, but is also a horribly depressing book. I received a review-copy; this is my honest review.
Read more
19 people found this helpful
Helpful
Comment Report abuse
See all reviews