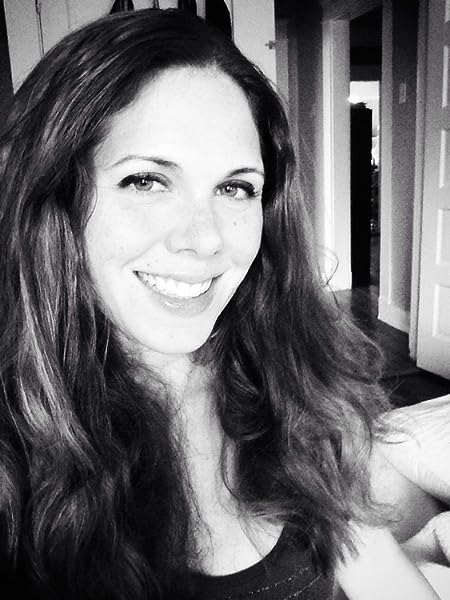 Stephanie Hepburn and Rita J. Simon make an effective case that while the specifics of trafficking vary depending on its focal point, there are certain constants. In their review of a range of countries, they demonstrate that economics, geography, civil unrest, societal inequality, and gender disparities play a major role in how trafficking manifests itself. -- Christa Stewart, New York State Office of Human Trafficking, Office of Temporary Disability Assistance

I recommend this comprehensive study to anyone wanting to understand the fight against the modern-day slavetrade. The book stands apart by augmenting nation-by-nation accounts of trafficking realities with critiques of existing local anti-trafficking measures and consideration of local obstacles. Supported by diverse sources, the authors set forth clear policy recommendations to combat trafficking. -- Lori J. Johnson, staff attorney, Farmworker Unit, Legal Aid of North Carolina

Human trafficking and sexual exploitation are complex issues which differ in nature from country to country, and very often accounts of human trafficking are based on anecdotal evidence. Hepburn and Simon managed to delve beneath the surface of policies and legislation within the various countries that they studied by involving those who are involved at a grass root level and have come up with a fascinating account of these practices in the various countries covered in their book. -- Carol Bews, assistant director, Johannesburg Child Welfare Society

This volume demonstrates ways in which global migration policies and programs facilitate human trafficking by focusing on law enforcement rather than promoting uniform labor standards. Its broad focus helps readers compare practices among countries and understand the transnational impact of national legislation and policies on human trafficking around the globe. -- Gretchen Kuhner, author of the American Bar Association's Human Trafficking Assessment Tool Report

an immensely learned and informative piece of work, much needed to prod and set aright the misperceptions and lethargy that beset this disturbing issue. -- John Tirman, Washington Post

Superior and well-written, this is the rare resource that is both scholarly and approachable, making it a must-read, Library Journal

Stephanie Hepburn is an independent journalist whose work has been published in Americas Quarterly, USA Today U-Wire, and Gender Issues. She is a weekly and monthly contributing writer for the New Orleans Times-Picayune. A graduate of the University of Michigan and the Washington College of Law at American University, she integrates her legal and journalism backgrounds to create pieces that are highly informative and have a human tone. Her book with Rita J. Simon, Women's Roles and Statuses the World Over, was named an Outstanding Academic Title by Choice,

Rita J. Simon is a University Professor in the School of Public Affairs and the Washington College of Law at American University in Washington, D.C. She has published more than forty books and is currently the editor of Gender Issues.
Start reading Human Trafficking Around the World: Hidden in Plain Sight on your Kindle in under a minute.

4.2 out of 5 stars
4.2 out of 5
19 customer ratings
How does Amazon calculate star ratings?
Amazon calculates a product’s star ratings based on a machine learned model instead of a raw data average. The model takes into account factors including the age of a rating, whether the ratings are from verified purchasers, and factors that establish reviewer trustworthiness.
Top Reviews

TheForgottenMen
4.0 out of 5 stars Good structure with a macro-level analysis
Reviewed in the United States on June 11, 2015
Verified Purchase
This book puts dozens of countries under one similar structure: introduction, external and internal trafficking, consequence for both traffickers and victims and internal efforts towards this issue. Following this structure it is very easy to find the similarities and differences among different cases. But this good order comes at a price, authors do not provide us deep or micro-level case studies. Like the chapter of UK, if there is more illustration on how conflicting agenda works and how double opposite duties cause the incapability of government agency, the issue will be clearer and helpful for readers to take further consideration.
Read more
One person found this helpful
Helpful
Comment Report abuse

Quiara
5.0 out of 5 stars Good Book
Reviewed in the United States on October 27, 2016
Verified Purchase
Gave a great variety of information on several countries, not just those stereotyped for human trafficking, and also gave the reader a good idea of who is to "blame" in a sense.
Read more
One person found this helpful
Helpful
Comment Report abuse

Laurren Payton
5.0 out of 5 stars Five Stars
Reviewed in the United States on January 26, 2015
Verified Purchase
I liked the book it helped me with my research paper
Read more
One person found this helpful
Helpful
Comment Report abuse

Shawna S.
3.0 out of 5 stars Informative but...
Reviewed in the United States on October 1, 2017
Verified Purchase
This book is informative but it is repetitive and a bit boring. It is packed with statistics but arranged in a manner that makes it seem like the same ideas are being discussed over and over again. It's not the worst, but not the best either. Hence, I give it a mid-rating of 3 stars.
Read more
Helpful
Comment Report abuse

R. Canada
2.0 out of 5 stars Poor Organization of Mountains of Data Whose Importance Is Not Clear
Reviewed in the United States on December 3, 2013
Verified Purchase
If you know nothing of human trafficking, this may be a good place to start. If you know something about it, skip this book. It contains mountains of data with no useful organization or sense of how widespread human trafficking is other than it is everywhere to some degree. How big does a problem need to be to be big? This book gives no sense of this. It also tends to shotgun the information. Within a single paragraph the book can address three or more aspects of the problem with no logical connections among them. In addition, I would guesstimate that 25% or more of the text belongs in footnotes. Some detail provides useful examples; too much becomes very boring, repetitive, and distracting. The book would have been much better had it been organized by themes clearly presented in the book under each country, then providing a sense of how much each theme is present in some countries/regions versus others and how particular national/regional variations affect those themes. Instead the book is nauseatingly repetitive with no sense of context or scale relative to other countries/regions.
Read more
6 people found this helpful
Helpful
Comment Report abuse

Edward Kuehn
4.0 out of 5 stars very relevant to our times
Reviewed in the United States on August 22, 2018
I found “Human Trafficking Around The World,” very enlightening. I was aware of the two most common types of Trafficking, sex and labor, but I was shocked to learn that humans are also Trafficked for harvesting organs that can be sold, and for sacrifices in cultural ceremonies. The author did an incredible job of researching the 24 nations profiled.

This book besides being informative can be used as a reference source to someone wishing to explore the topic further. The chapter structure enables the reader to more easily compare and contrast the nations' statistics, laws, treatment of victims and traffickers. I also found it interesting that some laws, designed to deter Trafficking, may actually prove to be advantageous to traffickers' who take of advantage of “Open Border” immigration.

A wonderful book, very relevant to our times. I highly recommend it.

dwood78
4.0 out of 5 stars A Comprehensive Study on the Issue of Modern-Day Slavery
Reviewed in the United States on January 18, 2014
If you think slavery doesn't exist in the 21st century, you'll be in for a shock when you read this.

This book is a look into the world of human trafficking. It looks at the policies of 24 countries (including the US) regarding this issue as well as look at who's being trafficked into the countries profiled & where they end up (either in the sex business or as manual labor), how the trafficked people are treated by their captors as well as law enforcement & how the law treats traffickers. The book also looks into rather of not the profiled country's a hub for under-age sex tourism. Nearly every chapter has cases/accounts from those who were victims of what is often called "modern-day slavery."

While I personally felt that this book could be better, it still does a good job covering this subject. I did enjoyed reading it & it is well researched (with over 100 pages of references, it have better be). While not without its flaws, this is still a good book on the issue on human trafficking & how the countries of the world looks at it.
Read more
3 people found this helpful
Helpful
Comment Report abuse
See all reviews from the United States

GS
5.0 out of 5 stars Great book
Reviewed in the United Kingdom on April 2, 2020
Verified Purchase
very interesting read. Good analyses by country and what measures they are doing to stop and to support victims. Really pleased with my buy. Good buy for my work as a social worker
Read more
One person found this helpful
Helpful
Sending feedback...
Thank you for your feedback.
Sorry, we failed to record your vote. Please try again
Report abuse

jolene ann turner
5.0 out of 5 stars Five Stars
Reviewed in the United Kingdom on August 17, 2015
Verified Purchase
I learn a lot about Human Trafficking by reading this book.
Read more
One person found this helpful
Helpful
Sending feedback...
Thank you for your feedback.
Sorry, we failed to record your vote. Please try again
Report abuse

Michael Fiddes
5.0 out of 5 stars Interesting book.
Reviewed in Canada on June 5, 2019
Verified Purchase
A lot of information about a problem that most people fail to understand.
Read more
Helpful
Sending feedback...
Thank you for your feedback.
Sorry, we failed to record your vote. Please try again
Report abuse

Page 1 of 1 Start overPage 1 of 1
This shopping feature will continue to load items when the Enter key is pressed. In order to navigate out of this carousel please use your heading shortcut key to navigate to the next or previous heading.
Back
Next
Pages with related products. See and discover other items: human form, around the world