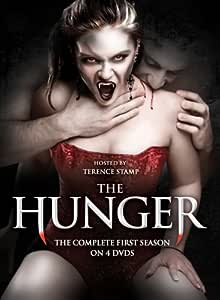 Indulge your obsessions... 22 tales of the forbidden and bizarre as seen on Showtime

4.2 out of 5 stars
4.2 out of 5
66 global ratings
How are ratings calculated?
To calculate the overall star rating and percentage breakdown by star, we don’t use a simple average. Instead, our system considers things like how recent a review is and if the reviewer bought the item on Amazon. It also analyzes reviews to verify trustworthiness.
Top reviews

Frosty Cold One
2.0 out of 5 stars Hit or miss... mostly Miss
Reviewed in the United States on January 24, 2014
Verified Purchase
One of the other reviewers stated that he was wishing for captions since he has impaired hearing. Truth is, the dialogue doesn't add much in this series of shorts. Most of the episodes are only of interest visually; overall, the scripts are bland and lacking.
Although dark and often surreal, these shorts are usually too foolish to be frightening.

WHAT YOU DON'T GET
- Gripping stories that impact your mental/emotional state
- Satisfaction
- David Bowie (who hosts  The Hunger: Season 2 , and who starred in the exceptional vampire film  The Hunger )

WHAT YOU DO GET
- James Bond having sex with Cersei Lannister (more on this below)
- The Hitchcockesque host, Terence Stamp (Supreme Chancellor Valorum in the Star Wars prequel trilogy), who sometimes offers philosophy but who more often than not simply offers random thoughts.
- The very occasional feeling that you didn't just waste a half-hour.
- Boobs. The show is not rated; it is somewhere between R and NC-17. They definitely like topless scenes, and they manage to squeeze a copulation scene into each ep. This is obviously a plus or a minus, depending on who you are.
- A decent title sequence for the show (looks like they got ideas from the  W.S. Burroughs Cut-Up Films ), but after you've seen it once, it is just boring.

If you follow the careers of actors, you may want to watch some of these eps. Here's a spoiler-free summary to help you distinguish between those that are failures and those that have some redeeming qualities:

2. "Ménage à Trois": You can guess the ending halfway through. This is the ep with a young Daniel Craig (James Bond) getting it on with Lena Headey (Cersei Lannister from HBO's  Game of Thrones ). Also features a ghoulish role for Karen Black.

3. "Necros": Not a bad ending to this one (too silly to be creepy, but creative nonetheless, and makes you think twice about saying you'd make a deal with the devil to sleep with so-and-so). Notable actors: Leonardo Cimino (Abraham Bernstein from  V: The Miniseries  [1983]).

4. "The Secret Shih-Tan": Somewhat cartoonish at the end, but the actors did their best with what they were handed and the result is maybe worth your time. Notable actors: Jason Scott Lee (Dragon: The Bruce Lee Story), Kenneth Welsh (Twin Peaks).

7. "Anaïs": Surrealism. Locations in downtown Montreal, but little else held my attention. Many eps in this series were shot in or near Montreal, yet this ep is one of the few where you can really tell.

8. "No Radio": Falls slightly short of being clever, but is good enough to watch.

9. "But At My Back I Always Hear": Had potential But dropped the ball. Notable actors: Michael Gross (Family Ties). It was kinda gross watching him in a sex scene.

12. "The Sloan Men": Worth watching. The story wasn't bad, but what could have been a menacing ep was treated more like a comedy. At least watch the part with giant mushrooms that squirt out enormous amounts of goo. Notable actors: Margot Kidder ( Superman  [1978]).

13. "A Matter of Style": This was what I was waiting for (the vampire ep in the collection). My hopes were dashed when I realized it was a farcical approach to vampire lore; yet despite the cheese, it held my attention. *Vampire purists will be appalled.* Notable actors: Chad Lowe (Rob Lowe's little bro).

I'm not going to waste our time by commenting on the remaining episodes (some were OK). Let's just say if you were hoping for vampire short stories (as the artwork suggests) or a good scare, you will be sorely disappointed.

Bobby
3.0 out of 5 stars A real mixed bag
Reviewed in the United States on August 19, 2013
Verified Purchase
I've had this dvd set for over a year now, and I have seen every episode, but I've never quite knew how to review it. It's not a bad anthology series, but it's so incredibly inconsistent. I just didn't know what to make of it.

The set comes with 22 episodes. They range from terrific (The Swords, Menage a Trois, Necros, The Secret Shih Tan, Bridal Suite, Hidebound), to boring (The Lighthouse, Clarimonde, Anais), to basic (The Other Woman, No Radio), to silly (Room 17, A Matter of Style), to just plain bizarre (Plain Brown Envelope, The Sloan Men), to downright awful (The River Of Night's Dreaming), with everything else just being mediocre.
Now the series bills itself as an erotic horror anthology series, and to be quite frank, it fails more often than not at both. Most of the time the horror seemed to take a backseat to the sexual situations, and most of the sexual situations are not sexy in the slightest. The creepiest episode would probably have to be Hidebound. It's actually quite suspenseful, and has a terrific setting. It's also one of the few episodes where the horror takes the frontseat. The sexiest episode would probably have to Bridal Suite. It has a really attractive couple, and their sex scene is a bit more steamy than the others in the season. But nothing else is honestly scary or sexy in the slightest. So the concept of this show didn't really end up working out. Most of it's just weird.
Terrence Stamp is the host. He's ok. He's no Alfred Hitchcock or Cryptkeeper, but he gets the job done I suppose. I could've done without the awful intro, but that's only a small issue.
Now some people seem to think this is a vampire series. It is NOT. It's an anthology series, and each episode has a new storyline. There's exactly two vampire episodes :). Just so people aren't confused.

Overall it's hard to say if this is worth picking up. If you're a hardcore fan of horror anthology series, and have seen them all? I'd say so. It's not too expensive, and there are some interesting episodes here. Though if you're not and haven't, then take a pass. It's no Twilight Zone or Tales From The Crypt.
Read more
2 people found this helpful
Helpful
Comment Report abuse

Effectively, this series is a Showtime counterpart to something like Tales from the Crypt or Tales from the Dark Side. The show consists of about half-hour episodes, with a brief intro / outro snippet from a "host" type character (not unlike the Cryptkeeper, only more human and less undead).

So far I've watched the first disc and generally been pleased with the overall quality of episode plots, atmosphere and cinematography (given what the series is about). I mean it could be like so many shows and just have a thin veneer of plot for a minute and then just go back to the "action." But, these episodes do actually have just a bit more substance than that (if only just).

If you like dark tales mixed with softcore, you might just take a look at this series.
Read more
5 people found this helpful
Helpful
Comment Report abuse
See all reviews

Green Man
2.0 out of 5 stars Poor
Reviewed in the United Kingdom on December 5, 2012
Verified Purchase
Very disappointed. Despite the hype of the directors & a few of the stars this is generally a big underachievement in my view. Despite being made in the 90s the whole feel is of early 80s TV tripe!
Read more
One person found this helpful
Report abuse

Cain Mosni
3.0 out of 5 stars Three Stars
Reviewed in the United Kingdom on June 20, 2015
Verified Purchase
Vaguely entertaining, but not worthy of the film from which it springs.
Read more
One person found this helpful
Report abuse

Amazon Customer
2.0 out of 5 stars read before buying
Reviewed in the United Kingdom on September 15, 2012
Verified Purchase
I should have read the reviews before I bought this - even though it only cost 2 quid. The thing is it has really nothing to do with the movie of the same name apart from the mention of the scott brothers in the credits and perhaps the opening music which is possibly bauhaus as in the original movie.
it is essentially a collection of modern gothic short stories for late night tv - some ok , some crap but all fairly old from the 70s. A few big names in the first one or two - young daniel craig. You see a variety of breasts and bums in most episodes but the sex is just there to tease and no more.
There are 4 discs, so about 24 episodes of 1/2 hour - that's 12 hours... waiting.
It will be in the charity shop next week for 50p
Read more
2 people found this helpful
Report abuse

Recommended for little boys 12 -16 who have yet to pluck up the courage to buy a top shelf mag.

Page 1 of 1 Start overPage 1 of 1
This shopping feature will continue to load items when the Enter key is pressed. In order to navigate out of this carousel please use your heading shortcut key to navigate to the next or previous heading.
Back
Next
Pages with related products. See and discover other items: daniel craig movies